Jersey Shore Family Vacation has returned to MTV but instead of summer fun, the first two episodes were focused on Mike Sorrentino’s sentencing and trip to prison.

Amid all of that drama, Ronnie Ortiz-Magro managed to make himself the center of attention when he nearly no-showed as the Jersey Shore cast gathered before the hearing. When he did show up, the troubled reality star claimed he was out of pocket because he got jumped.

When Ronnie did finally show up, Pauly D and Vinny were waiting. A very haggard Ronnie came walking through the front door, still wearing mirrored glasses to hide his face. 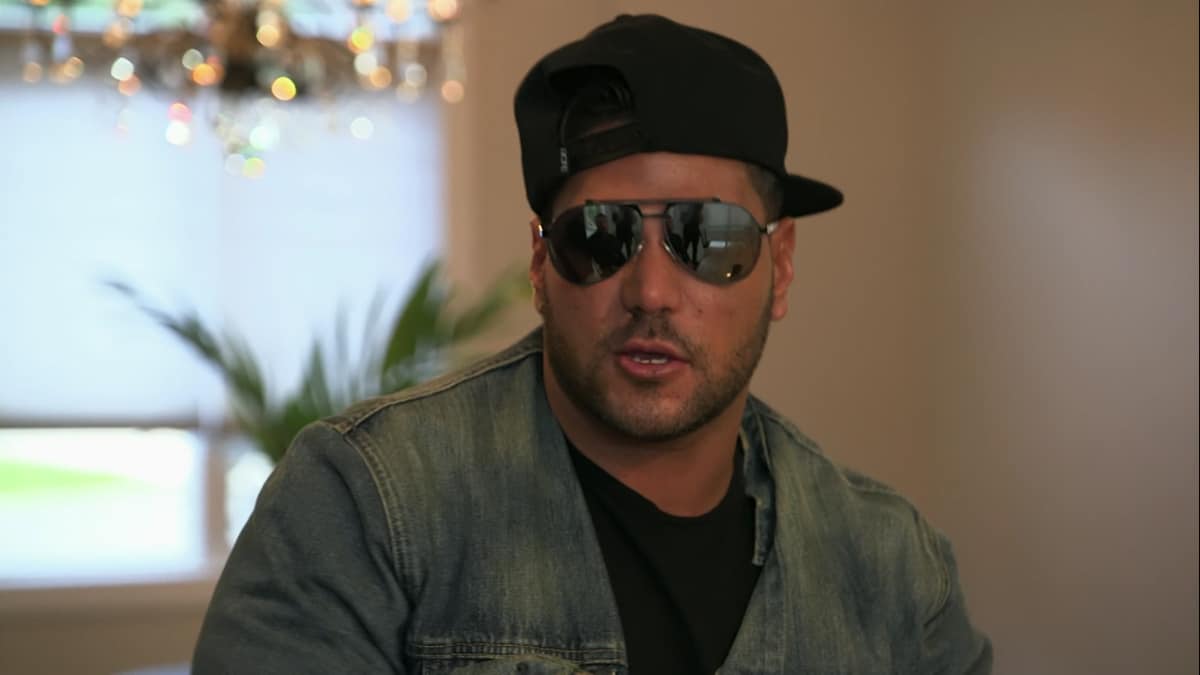 Ronnie showed off his scrapes and bruises, which consisted of a black eye, a scratch on his face and a scrape on the bottom of his hairline on the back of his head as he told the story of what happened.

According to the Jersey Shore star, he was out with Jen Harley and one of her friends when they decided to stop for some food at a diner in Secaucus, New Jersey when he was approached by a couple of fans. They offered to buy him a drink but he declined since he was driving and that’s when things went left.

Ronnie told Pauly and Vinnie that he was about to leave when he threw a peace sign at the two “Lorenzos” that he encountered in the Secaucus parking lot but rather than wave him off, they decided to jump him.

Vinny refers to Ronnie’s life as a “series of unfortunate events” as they laugh about how anything bad that can happen, will happen to Ronnie.

Neither of the Jersey Shore bachelors can believe that Ronnie got jumped in Secaucus and Vinny even says that Ronnie’s latest drama has him “afraid to go there.”

That said, Vinny doesn’t seem too convinced that’s really what happened to Ronnie, especially since he always seems to find trouble or at least use his terrible luck as an excuse for not showing up.

Is it possible that Ronnie’s altercation wasn’t with some random men in Secaucus but with Jen Harley instead? It seems if he truly wanted to convince Pauly and Vinny that he got jumped, she could corroborate his story but she was nowhere to be found. Plus, they have a history of fighting hard.

Cinemablend reported that just weeks after The Situation’s sentencing, Ronnie posted a picture of that same black eye and apologized for lying to everyone about what happened. While Ronnie didn’t explain what actually happened to cause his black eye and the marks on his face and neck, it seems very likely that there never was a fight in Secaucus. 27 Dec 22
Before embarking on its traditional two-week Christmas break, Doctors ended 2022 on something of a…
TV & Movies
0

3 Apr 20
The Challenge: Total Madness may have begun on April Fool's, but an alliance between Wes…
TV & Movies
0