In 1997, Trey Parker and Matt Stone created the animated sitcom, South Park. The show uses satire to mock religion, current events, and politics — and nothing is off limits as it stretches its boundaries to make fun of pop culture and celebrities. The show became an instant sensation and is now in its 23rd season, with more than 300 episodes recorded. Hollywood A-listers such as Ben Affleck, Jennifer Lopez, Barbra Streisand, and Mel Gibson have shared that they find the material offensive and degrading. Other celebrities, such as Lorde, took it all with a grain of salt. She thinks the episodes that mocked her are funny and even a little bit charming. Sia, who sang the song that poked fun at Lorde on South Park, was worried she would offend the iconic performer with the lyrics, but that wasn’t the case.

In the second and third episodes of season 18, Randy Marsh, the father of lead character Stan, pretends to be the “Royals” singer. The fictional 45-year-old geologist got up on stage dressed as the Grammy-winning artist and sang the parody song “Push (Feel Good on a Wednesday).”

Music Times explains as the storyline progresses, “It’s revealed that Randy is actually the 17-year-old pop star with a crazy past.”

Sia begrudgingly admitted that she sang the vocals for the parody. The singer-songwriter told NME that Parker wrote the song. The Australian vocalist remembers at the time telling him, “Dude, you need to do this for a living. That ‘push push’ chorus is so catchy, it’s crazy.”

The “Breathe Me” singer said, “When I realized it might be mean to Lorde, I felt bad, but I went ahead and did it anyway. I figured she’d find it funny. I love her!”

What did Lorde think about ‘Push’? 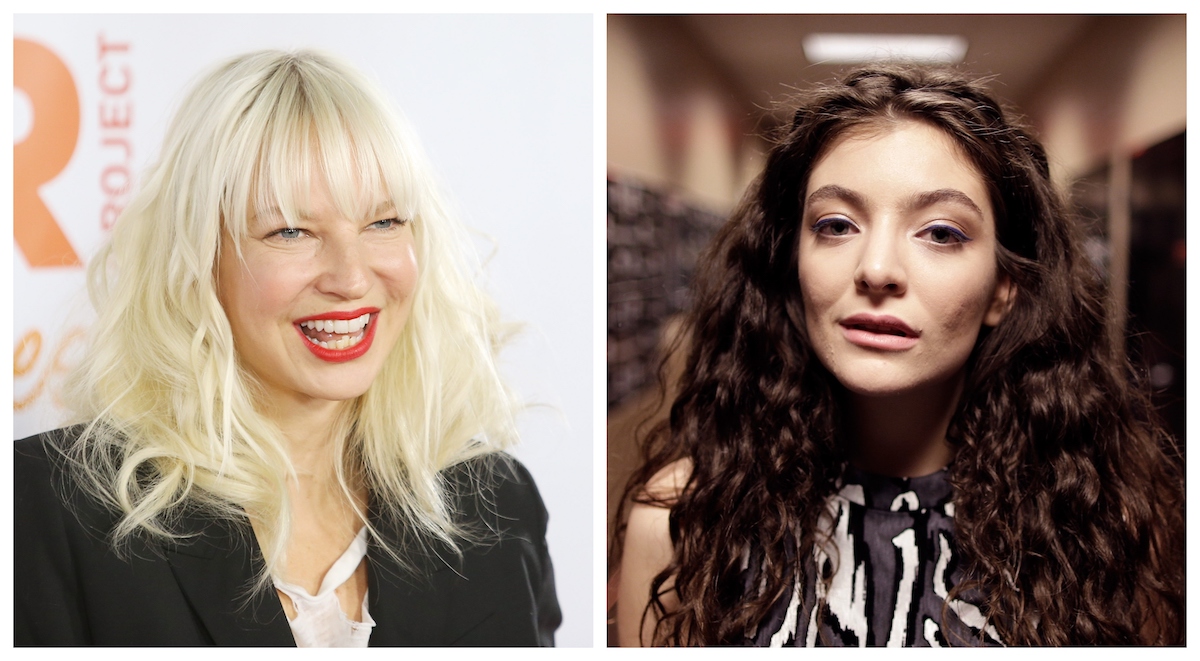 Lorde did find it funny, and so did fans of the show. There have been almost 4 million views of the “Push” parody on YouTube.

USA Today pointed out how the artist was a good sport about the whole thing and even made a video of herself recreating the, “I Am Lorde, Ya Ya Ya” moment. The publication reported that Lorde posted an Instagram video with the caption: “This is actually surprisingly cute — and from what I can tell also has a message of transgender acceptance (I’m still very new with this type of humour so I’m not sure if it was actually genuine but it seemed so to me).”

The Hollywood Reporter noted that Lorde tweeted, “I have officially been the subject of two South Park episodes, and that is weird and cool.”

According to the Huffington Post, Lorde also tweeted, “I don’t actually watch South Park but from what I can tell, Sia was involved and someone’s mum said something really nice about me … Score!”

Over the years, many celebrities have been the subject of parodies on the Comedy Central series.

When the Jonas Brothers got attacked by Mickey Mouse and mocked for having purity rings, Nick Jonas was not laughing. According to Vulture, the singer said, “When it first came out I didn’t think it was funny.” He admitted years later he finally found the humor in it, saying, “I’ve actually watched the episode a few times.”

Tom Cruise, on the other hand, did not find the humor. According to Today, the actor was outraged after seeing the season 9 episode of “Trapped in the Closet.” Cruise threatened to cancel his Mission Impossible III press tour if the network ran the episode again. He was reportedly offended by the attack on his sexuality and beliefs in Scientology.

Kanye West said the season 18 episode of South Park that mocked him and questioned his love for fish sticks helped him become a better person. According to MTV News, after the rapper saw the music video parody, “Gay Fish,” he said, “South Park murdered me last night, and it’s pretty funny.” He went on to say, “It hurts my feelings, but what can you expect from South Park? I actually have been working on my ego.” He admitted, “As long as I act like a b—h, this type of sh—will happen to me.” 25 Feb 21
Katie Price has dabbled in a mixture of television projects over the years, from fly-on-the-wall…
TV & Movies
0