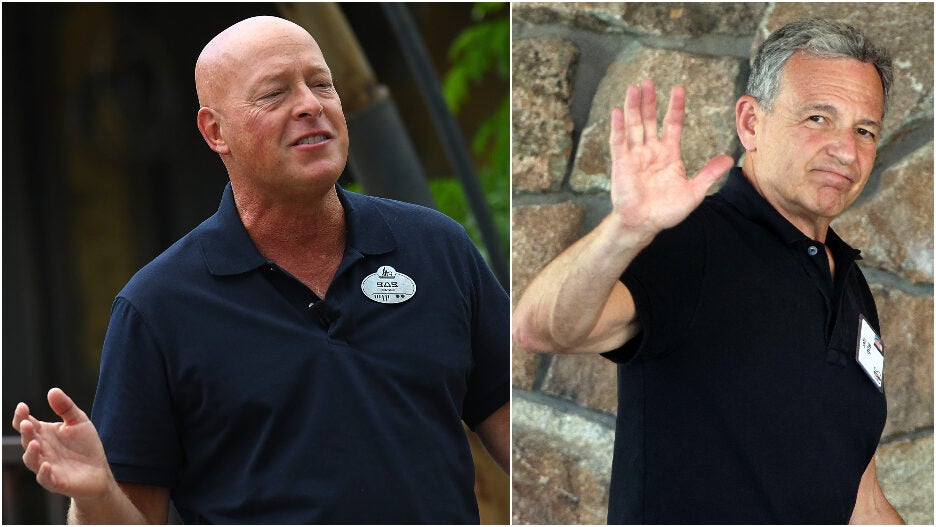 Opinion on Disney’s new CEO Bob Chapek is very divided, but one person who definitely isn’t a fan is Rex Pickett, author of the beloved novel “Sideways” that inspired the even more beloved movie starring Paul Giamatti.

In fact, Picket thinks Chapek is an “aesthetic imbicile” who is going to “grind the biggest studio into rubble.” Which if we’re reading this correctly is way worse than a merlot.

What prompted this rather barbed assessment, oddly enough, is the movie “Free Guy,” a 20th Century Studios (formerly 20th Century Fox) production that hits theaters Thursday. Despite the fast-spreading Delta variant of COVID-19 current causing a spike in U.S. cases — and, almost certainly contributing to the string of Box Office blockbuster thuds over the last month and a half — Disney, which owns 20th Century Studios, is sticking to a theatrical-only release for “Free Guy.”

Disney had its quarterly earnings call on Thursday, during which Chapek defended the company’s decision to stick with theatrical only releases. He said in part that they couldn’t do a hybrid theatrical/Disney+ release as Disney did with “Black Widow,” because of contractual rules. This prompted journalist David Poland to offer the following acerbic assessment on Twitter:

“Bob Chapek said today that it was “unfortunate” that Free Guy couldn’t do the Disney+ Premium VOD thing because there were rules against it in the deal made by Fox, pre-purchase. Bob Chapek shouldn’t be trusted to care about the future of films.”

Pickett replied to Poland’s tweet thusly: I can’t believe Iger handed the reins to this aesthetic imbecile. He will grind the biggest studio into rubble until it’s nothing but unrecognizable microplastics for the low common denominator. & one of those is my Sideways, now under the Disney banner. I need a glass of Pinot.” Ouch.

Disney is currently being sued by “Black Widow” star Scarlet Johansson, over the way Disney handled the decision to release the film on Disney+ alongside theatrical. Insiders tell TheWrap that the blunder is a direct result of a rift between former CEO Bob Iger and Chapek.

TheWrap editor-in-chief Sharon Waxman reported last week that individuals with knowledge of Disney inner workings say that Iger either intentionally allowed Chapek to shoot himself in the foot with Johansson’s team by failing to step in and negotiate an alternative to a lawsuit, or that he is so disconnected from his successor that he was not in the loop to step in as he usually would.

But in Disney’s earnings call Thursday, Chapek denied that any rift exists, telling investors that the “Black Widow” situation happened because ”Both Bob Iger and I, along with the distribution team, decided this was the best strategy because it enabled us to reach the broadest audience.”