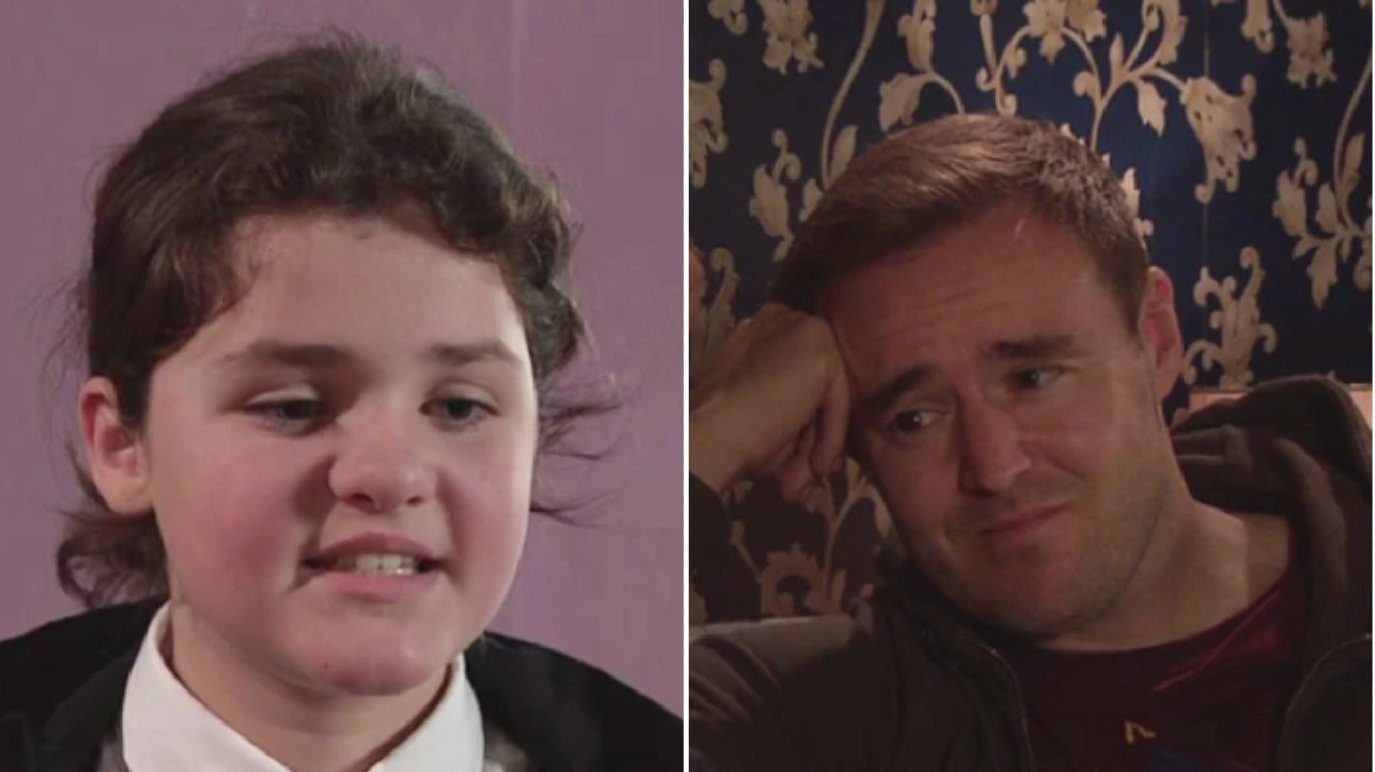 Fiz and Ty tried their best but ultimately, it was a case of them simply not having enough money to fund a legal case to try and have Hope’s name removed from the books or stop it getting out into the public domain altogether.

We already know that Hope has started getting bullied at school over her connection to John and returned home to tell Tyrone again tonight, explaining that she cannot tell a teacher because the bullying will only get worse.

With the video of Tyrone attacking the journalist from Monday’s episode also going viral, Fiz was consumed with stress and once she accepted there was nothing that could be done, the couple knew they had to warn Hope of what’s ahead.

They sat the young girl down and she was devastated, announcing that she hates her parents and would be living at Chesney’s (Sam Aston) from now on.

As Fiz attempted to talk Hope round, Tyrone was at the station after the police received several complaints about the viral video.

Fortunately, Tyrone was let off with a caution but unfortunately, his and Fiz’s optimism that they’ll face what’s ahead together, as a family, looks set to be pointless as we saw Hope on the stairs looking at the front cover of the book all about her dad, which has been titled ‘Legacy of Evil’.

With Hope still furious at Tyrone, could she follow in the footsteps of her real dad and attempt revenge? 1 May 22
Outlander teaser: "I Am Not Alone" - Season FinaleWe use your sign-up to provide content…
TV & Movies
0