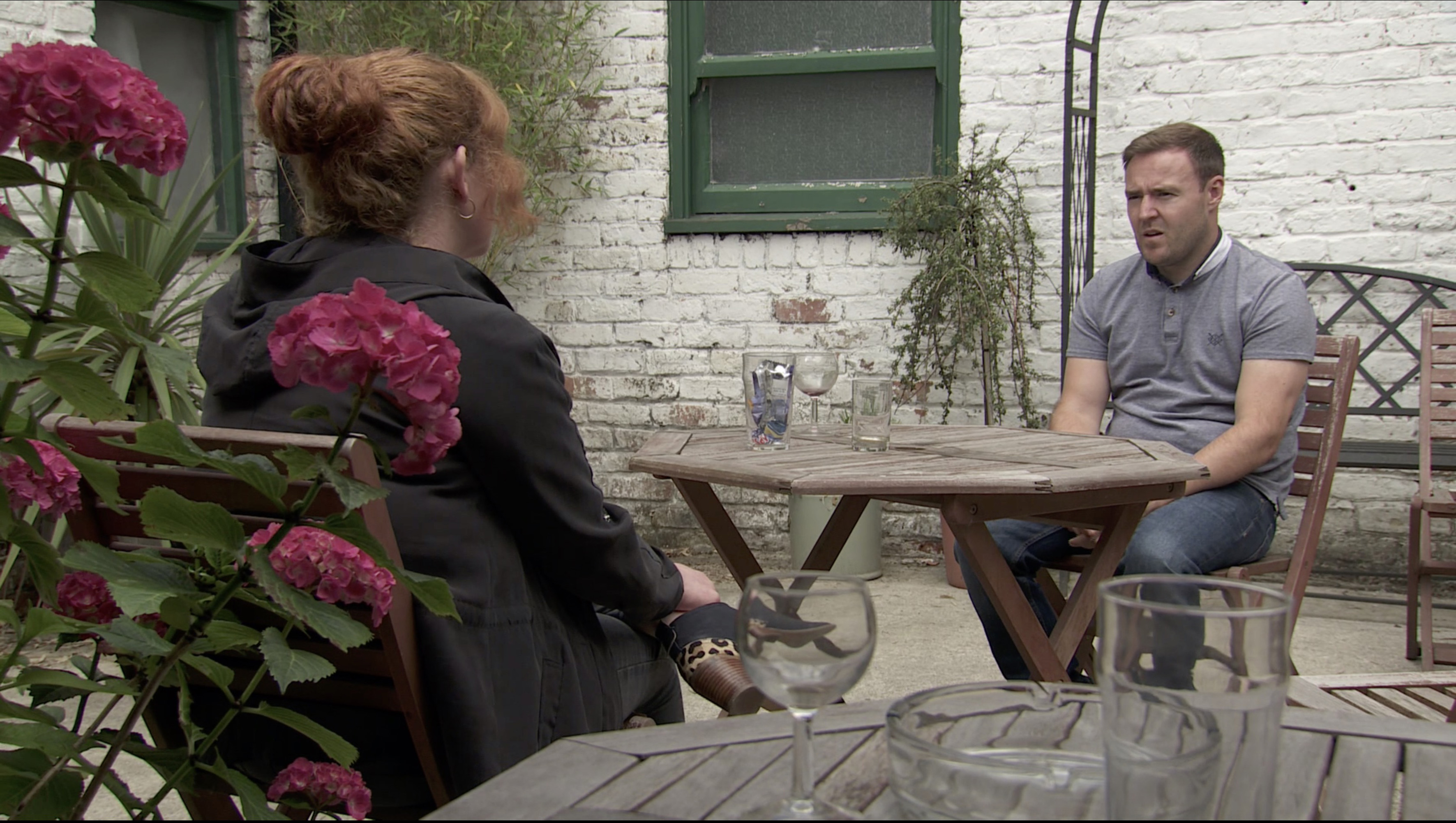 When Tyrone Dobbs (Alan Halsall) in Coronation Street ended his relationship with Fiz Stape (Jennie McAlpine), he was insistent he didn’t have any feelings for his former partner anymore.

Starting a relationship with Alina (Ruxandra Porojnicu), Tyrone has clashed with Fiz on a number of different occasions.

However, they’ve found themselves spending an awful lot of time together after Hope set Alina’s flat on fire.

In the past, Alina has pointed out that Ty is still pining for Fiz, but will Emma (Alexandra Mardell) catch them cheating as Tyrone and Fiz still clearly have feelings for each other?

Tyrone is guilt ridden about his feelings for Fiz, and when they meet the youth justice officer, things are awkward.

Later on, Emma sees Ty and Fiz deep in discussion and grows suspicious.

Unsure on how much Emma overheard, Tyrone blathers an explanation that he and Fiz were discussing childcare.

When Tyrone presents Alina with an expensive ring, Emma tries to work out if he’s genuine or if the gesture if purely for her benefit.

Could Tyrone be trying to force his feelings for Alina?

If he addresses how he really feels, will he see that he still loves Fiz?

If Fiz and Tyrone continue their secret conversations, could Emma eventually spot the two of them cheating? 14 Jul 21
Tim Gunn is one of the most famous names in the fashion industry. According to…
TV & Movies
0 2 Mar 21
Queen of the South: Fifth season teased by USA NetworkWhen you subscribe we will use…
TV & Movies
0