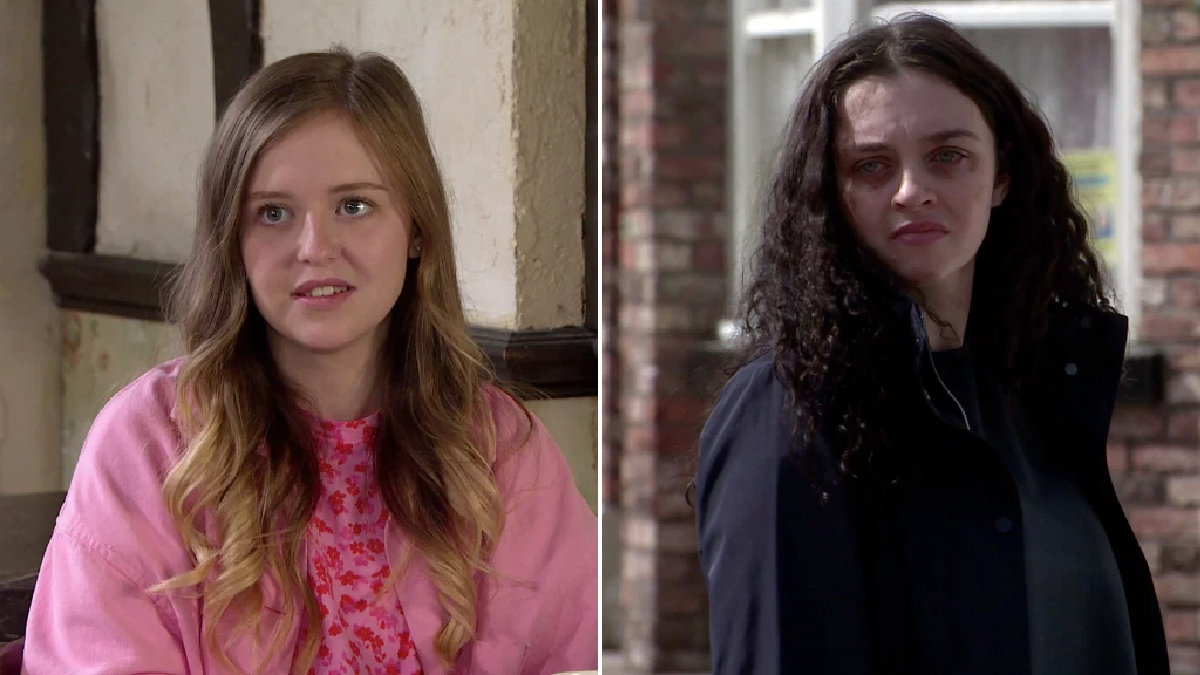 As Summer was involved in the moments leading up to the attack, she felt incredibly guilty when she chose to leave the scene before the horrific events that caused Seb’s death.

With Billy (Daniel Brocklebank) and Roy’s (David Neilson) help, Summer attempted to open up to Nina and tried to tell her she was struggling to deal with the fact that she left the scene without saying anything to Corey (Maxmius Evans) and his gang.

However, as Nina was so overcome with emotion herself, she failed to connect with and help Summer.

Coming up, as Nina begins to look more positively towards her future, she decides to make a moving gesture for Summer as Billy and Todd (Gareth Pierce) reveal Nina will design her a bespoke groomsmaid dress.

It’s a step in the right direction for both Nina and Summer, can we see a friendship form between these two?

Could Nina be the person Summer needs as a friend as her own struggles with anxiety and diabetes continues?

5 Feb 20
Gemma Collins had to flee The Big Narstie Show because the studio ‘stank of weed’.…
TV & Movies
0

6 Jul 20
There is almost nobody on the entire planet, young or old, who doesn’t know who…
TV & Movies
0