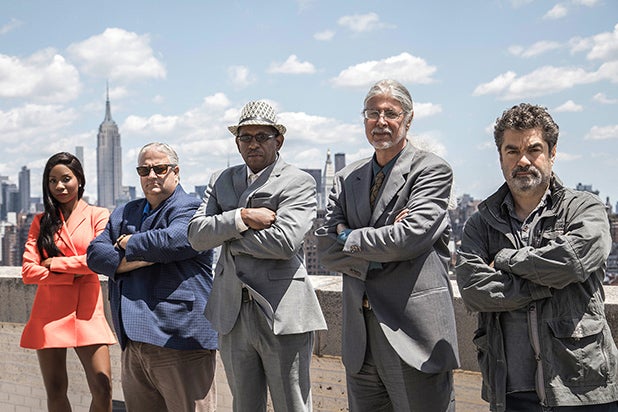 Starz has picked up a six-episode second season of the true crime docuseries “Wrong Man,” the network said Friday.

The new season of the series from filmmaker Joe Berlinger will re-investigate the cases of three new inmates who, having been incarcerated for decades, claim they were wrongfully convicted of brutal crimes.

In contrast to the first season, two of the three inmates featured on the upcoming season will be women. Read Starz’s description of all three below:

Vonda Smith, a grandmother with no criminal history, was convicted of beating her grandchild’s mother — 21-year-old Jessie Morrison –beyond recognition and dumping her on a remote country road. She claims she is innocent and loved the victim like a daughter.

Patricia Rorrer has been in prison since 1998, convicted of the horrific murder of a young mother, Joann Katrinak, and her 16-week old son, in Catasauqua, Pennsylvania. Rorrer claims the DNA evidence used to send her away is “junk science.”

Death row inmate Kenneth Clair who was convicted of the brutal torture and murder of a young babysitter named Linda Rodgers in 1984 in Santa Ana, California. The only eyewitness to the murder – a five-year-old child – told police officers “a white man did it.” Kenneth Clair is black, and no forensic evidence ties him to the crime scene.

“For over two decades, I have focused a large part of my career on the issue of wrongful conviction and have personally experienced how storytelling in this arena can literally mean life or death for those falsely convicted,” Berlinger said in a statement. “The fact that our first season produced tangible results in all of the cases we investigated, and that Starz has thrown its support behind this issue is incredibly inspiring. We have an amazing team of filmmakers and investigators who are digging into three new cases with unwavering commitment to seeking the truth in these cases.”

“With ‘Wrong Man,’ Joe and his team have created a format unique to the true crime genre that is both compelling for viewers and has had real life implications for the wrongfully accused individuals involved in these cases,” Jeffrey Hirsch, Starz COO, said. “With a second season, we look forward to deploying our team of experts on three new cases, to continue to explore whether justice was in fact served.”

News of the renewal comes days after the U.S. Supreme Court struck down the conviction of Curtis Flowers, one of the death row inmates featured on Season 1. Another one of the inmates, Christopher Tapp, was released after 21 years in prison when forensic genealogy identified a different man as the murderer of an 18-year-old girl in Idaho. 11 Sep 22
Tom Hanks has won two Oscars, been nominated for three more, and starred in many…
TV & Movies
0