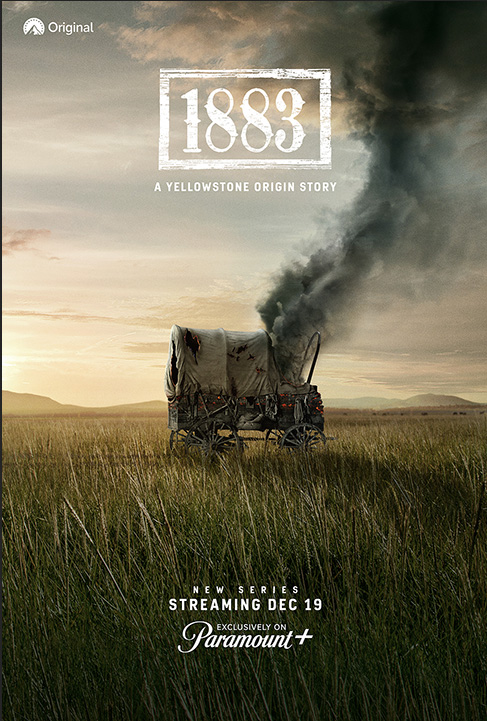 Created by Sheridan, 1883 follows the Dutton family as they embark on a journey west through the Great Plains toward the last bastion of untamed America. It is a stark retelling of Western expansion, and an intense study of one family fleeing poverty to seek a better future in America’s promised land — Montana.

Rissmann portrays Josef, a European immigrant who is married to Risa (Fiamora), who travels with an employed crew to guide his group across the frontier.

Nelsen plays Ennis, a young, handsome cowboy who agrees to help escort a group of inexperienced men, women and children north to find a home.

Hébert is Wade, a young cowboy who finds himself as part of a crew for a caravan of hopeful travelers making their way north for a better life.

Olivieri plays Claire, a fierce, practical and sharp widow who joins her brother and his family on a trip to find a new home.

Malouff portrays Mary Abel, the daughter of Claire and the niece of James and Margaret Dutton, who joins her family on their journey West.

Fine plays Grady, an experienced cowboy and the leader of a crew of six drovers, who agrees to help an inexperienced crew round-up longhorn for their long journey.

Brancusi is Noemi, a woman with two young boys who is recently widowed.

Fiamora portrays Risa, a young immigrant woman who is married to Josef and joins the traveling camp to move west.

Jaros plays Alina a weary but hopeful immigrant woman who speaks little English but has much resolve.

Galicia portrays Guinevere, a local prostitute who works in Fort Worth, Texas.

Nur is Melodi, a beguiling prostitute who works at the saloon.

Le Gros plays Colton, a young cowboy in the wagon camp who knows the ropes and has some smart insights about the dangers of their journey.