The Boys was instantly iconic when it hit screens on Amazon Prime in 2019. From the first scene, fans knew the creators aren’t afraid to tackle hard topics. The framework for a dark and cynical look at the structures of modern power through the lens of superheroes was always present in the source material. But much of the show is an original narrative. The storylines that The Boys Season 2 takes its audience through seemed relevant because they were. The showrunners repeatedly drew inspiration for storylines from real-life news while crafting their tale.

The Boys follows the titular band of vigilantes as they seek to bring down a corrupt corporate empire of superheroes. The caped crusaders are beloved as crime-fighting public darlings to normal citizens. However, behind closed doors, they are power-hungry hedonists who often consider other humans beneath them.

The story resonates with audiences today as much as it did when Ennis initially wrote it in 2006 because a deconstruction of power and corruption still could not be more relevant to our society. Most of the original frames were written in satire to the Gulf War era, post-Soviet nationalism. But corruption and power disparity remain incredibly prevalent topics today.

The Boys Season 1 appeared chillingly prophetic as it explored corporate greed and sexual exploitation on the heels of the #MeToo movement. Season 2 continued to pull relevant, hard-hitting issues from everyday life. shaped a compelling exploration of the darker aspects of the world we live in.

‘The Boys’ Season 2: An exploration of hate 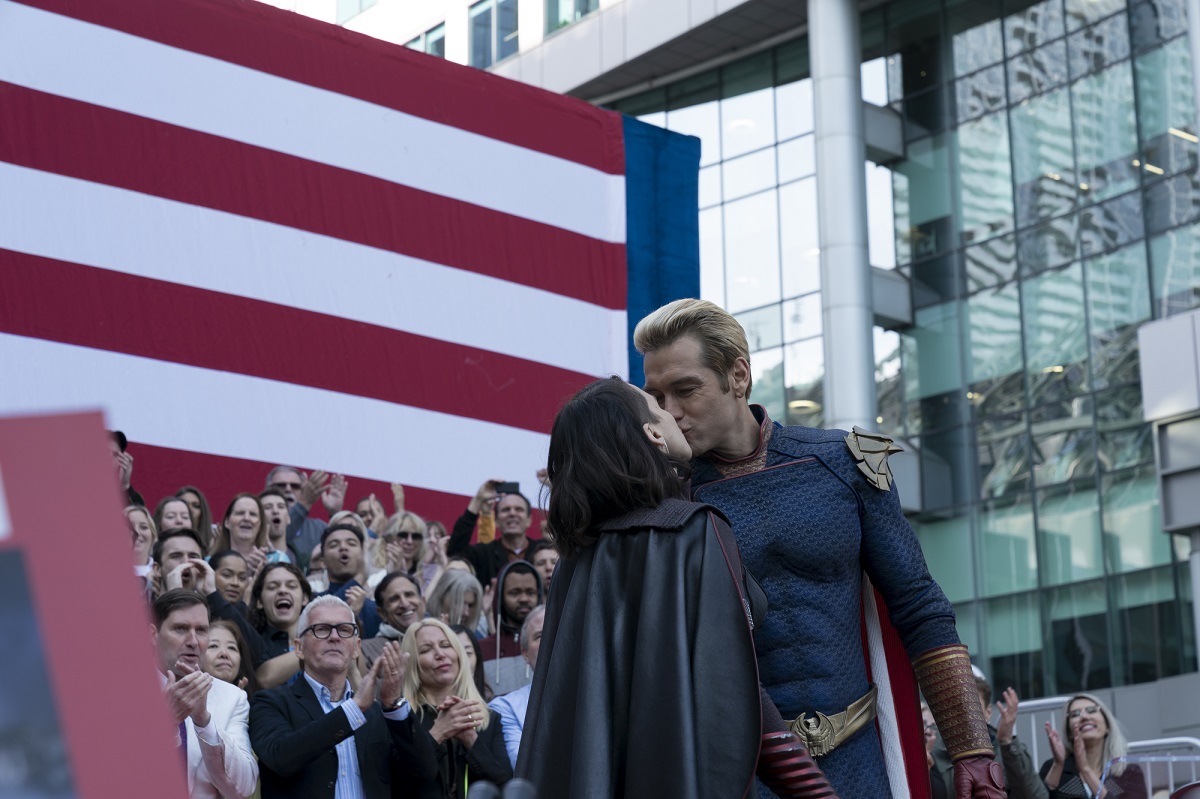 Showrunner Erik Kripke explicitly stated that much of the narrative cohesion for the scattered source material in The Boys Season 2 came from inspiration from the news and political climate. “Those were the early days of the Trump administration. A really toxic xenophobia was just starting to spread. And then there was Charlottesville,” the showrunner said in an interview with The Hollywood Reporter. “White supremacy and Nazis, they scare the living f— out of me. And it’s just so insane that it’s a controversial opinion that, like, Nazis are bad. It’s just f—— insane to me!”

Kripke wanted to tell a story this season about how hate is cultivated. So he liberally adapted the character of Stormfront from a German man that could represent something he felt was a more modern version of xenophobia and racism.

“Modern-day white supremacy is so insidious with social media and the way it draws people in,” he explained. “It’s not weird dudes with strange mustaches — it’s cute girls on YouTube talking about how they’re independent thinkers.” The creative way he told the story heighten the tension past the old tropes surrounding fascism in fiction. It also illustrated that racism can be insidious, fluid, and hard to identify.

The power of fiction

Sometimes, everyone just wants the good guys to beat up the bad guys, so they can forget about their problems. And there are plenty of superhero shows and movies for that. The Boys gives the genre the soul and depth it badly needed. Some may call it satire, and some may call it vulgar. But The Boys‘ subversion of the superhero formula in a relevant context packs a powerful message.

Kripke went on to discuss the importance of tackling issues like this while he had the opportunity. “I think that’s so scary and really needed to be talked about,” he explained. At the end of the day, the showrunner hasn’t forgotten that he makes a TV show. “Yes, it’s a superhero show — but we have a show where we can actually talk about that stuff. I was really passionate about exploring that,” he said.

The Boys drawing inspiration from the creators’ worries about the world we all live in is what great art is really made of, And it’s exciting to see that in the superhero genre. Yes, the show may still have caped people flying and occasional laser eyes. But that doesn’t mean that fiction shouldn’t still have a deeper meaning than punchlines and catchphrases. The Boys may be vulgar and brash about confronting issues, but that’s because it shows that the genre is maturing, and people are ready to see more stories about superheroes beyond the next Marvel title.

17 Apr 20
As Bravo walks down memory lane, the network has been showing full seasons of shows…
TV & Movies
0