How ‘Freaky’ Evokes Queer and Feminist Power Beneath a Slasher Surface

HER stunning rise to fame has caught millions off-guard – much like the beloved People's Princess she portrays in The Crown.

Now, Emma Corrin, 24, is getting rave reviews for her depiction of Princess Diana in the latest series of the Netflix hit, as we chart her journey from Prince Charles' new love interest through to their doomed marriage. 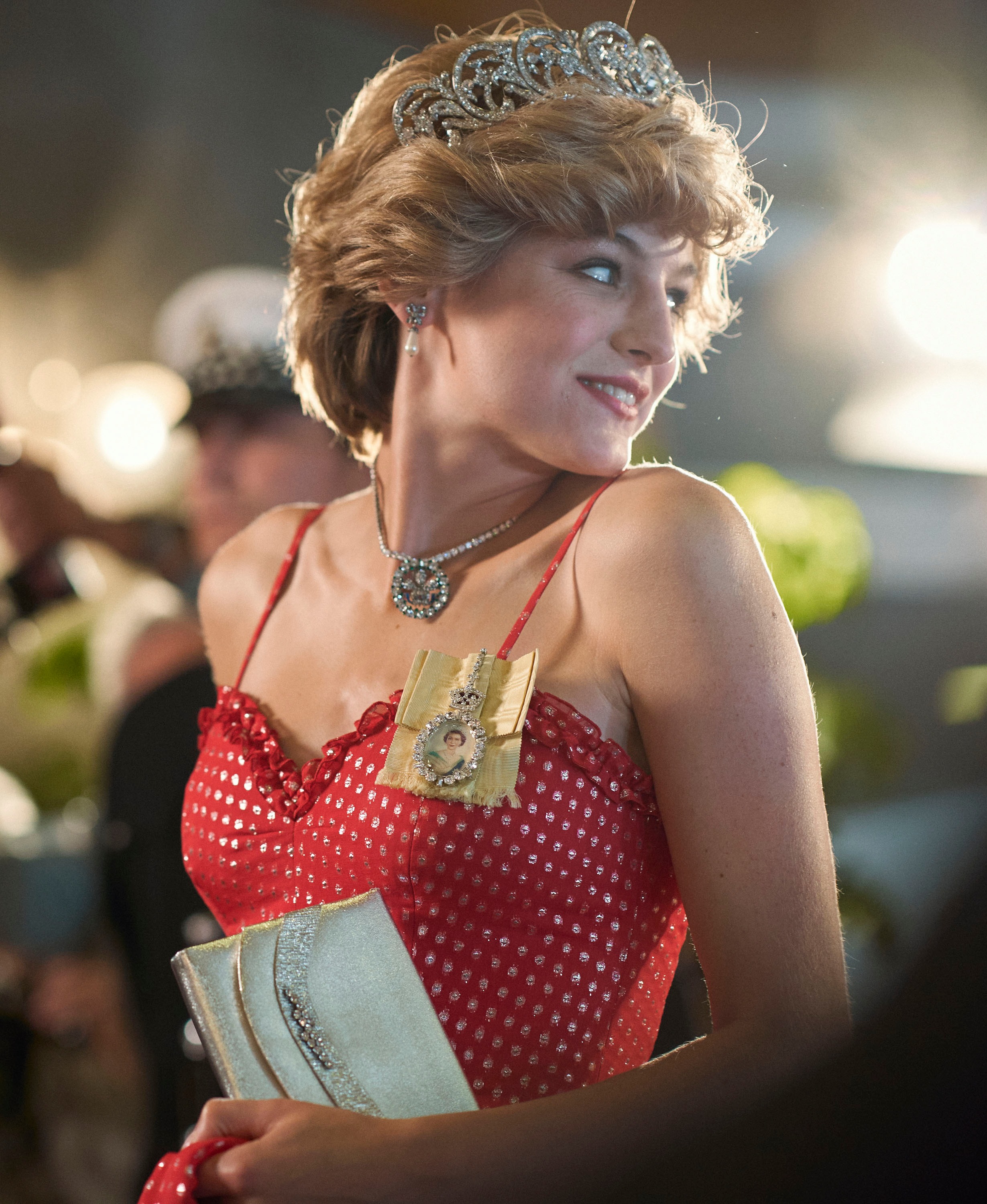 But while Emma stars alongside big names like Olivia Colman and Helena Bonham Carter in the show, she's a relative newcomer to the limelight.

Having enjoyed smaller roles in Pennyworth, Misbehaviour and one episode of Grantchester, her role as Diana is her biggest to date – propelling her from little-known actress to national star.

But where did it all begin for the talented Brit?

From shining in school as a star drama student, to wowing The Crown producers after simply being invited in to run through lines, she has carved herself an incredible career – all while continuing to enjoy a quiet home life. 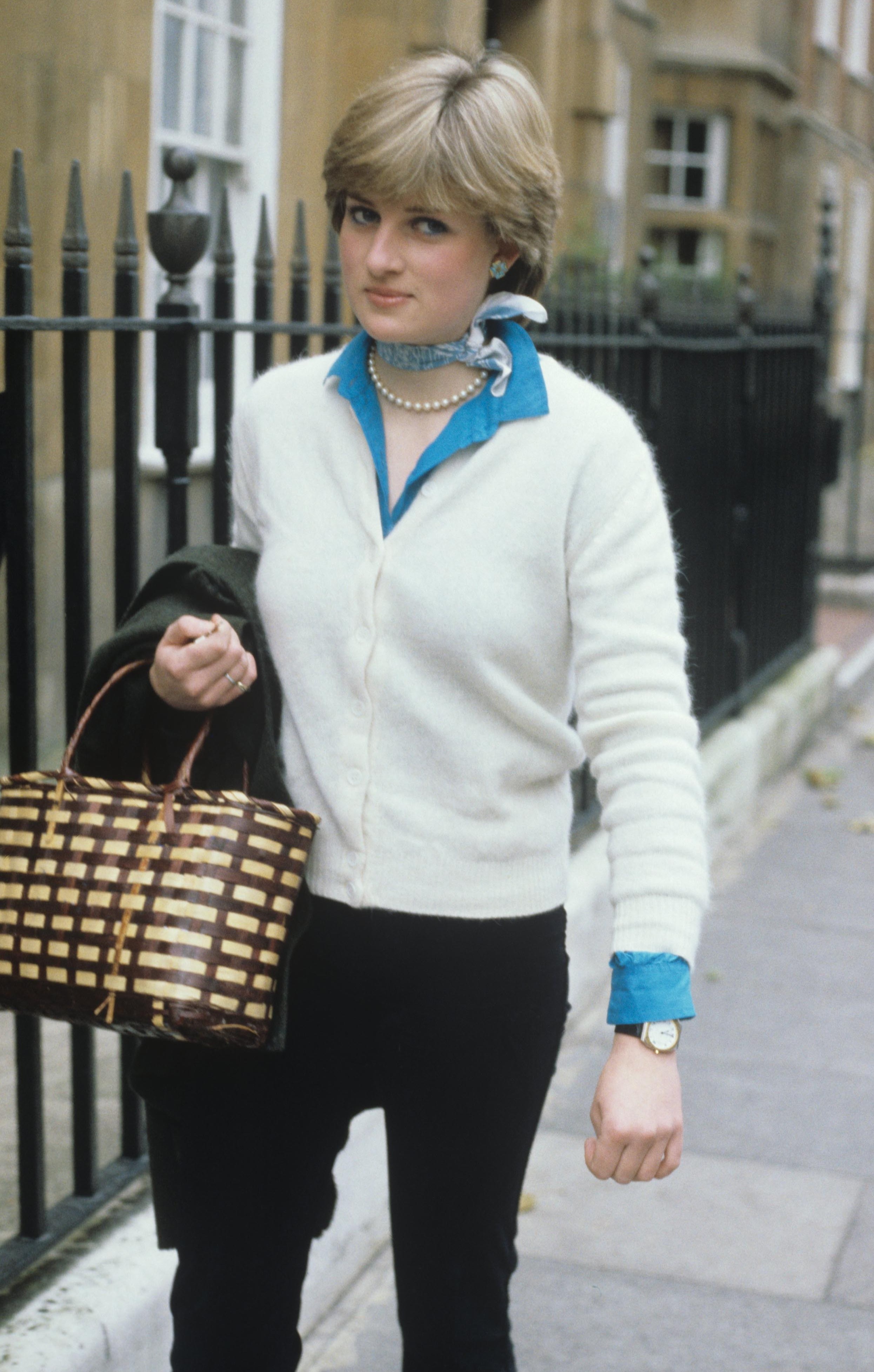 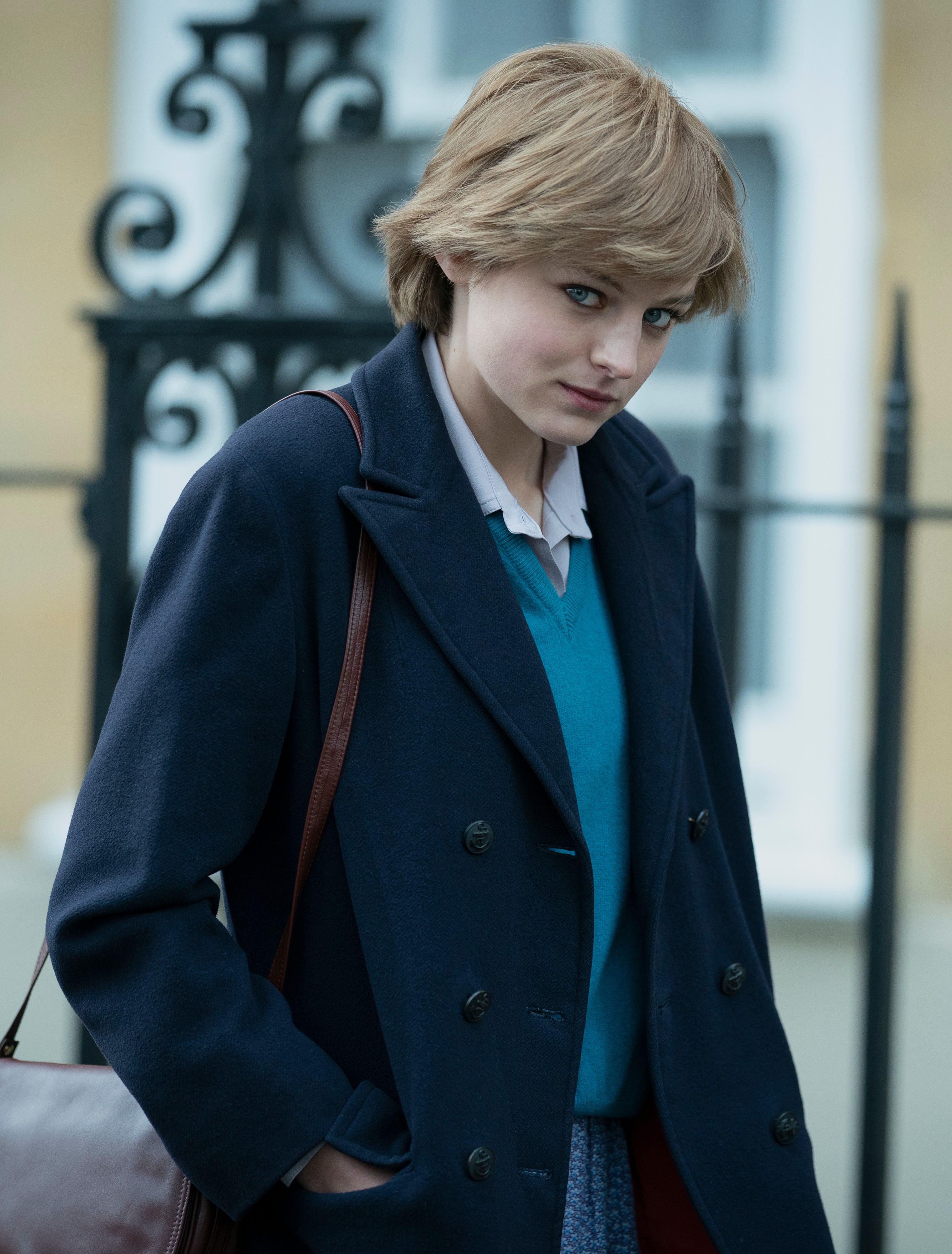 And her transition to the big time has some similarities to Diana's own earlier years, as her relationship with Charles saw her catapulted into the spotlight practically overnight too…

From drama star at £12K-a-term school to Cambridge graduate

According to reports, her and her two brothers grew up with their parents in a £2.5million detached house with a swimming pool, near Sevenoaks. 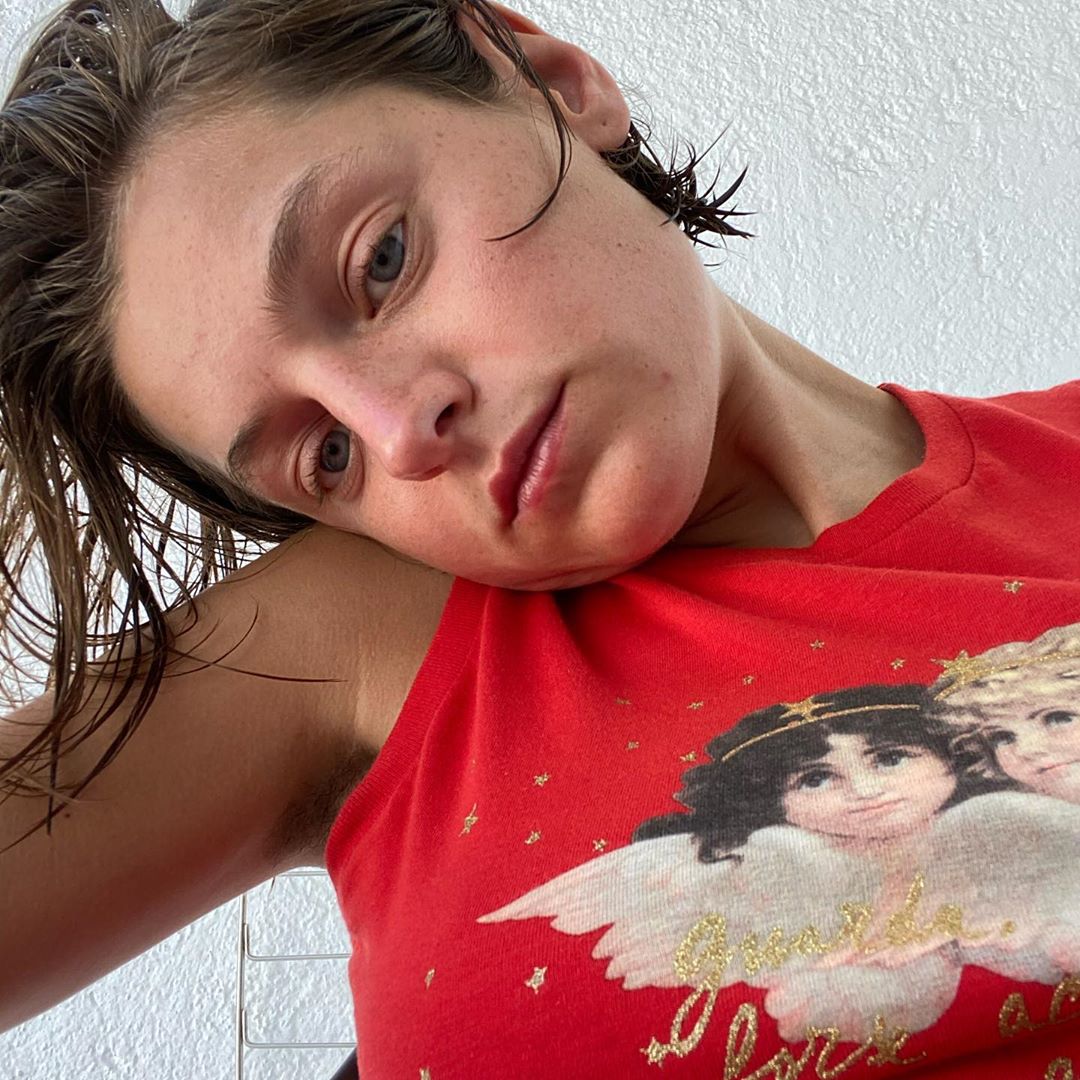 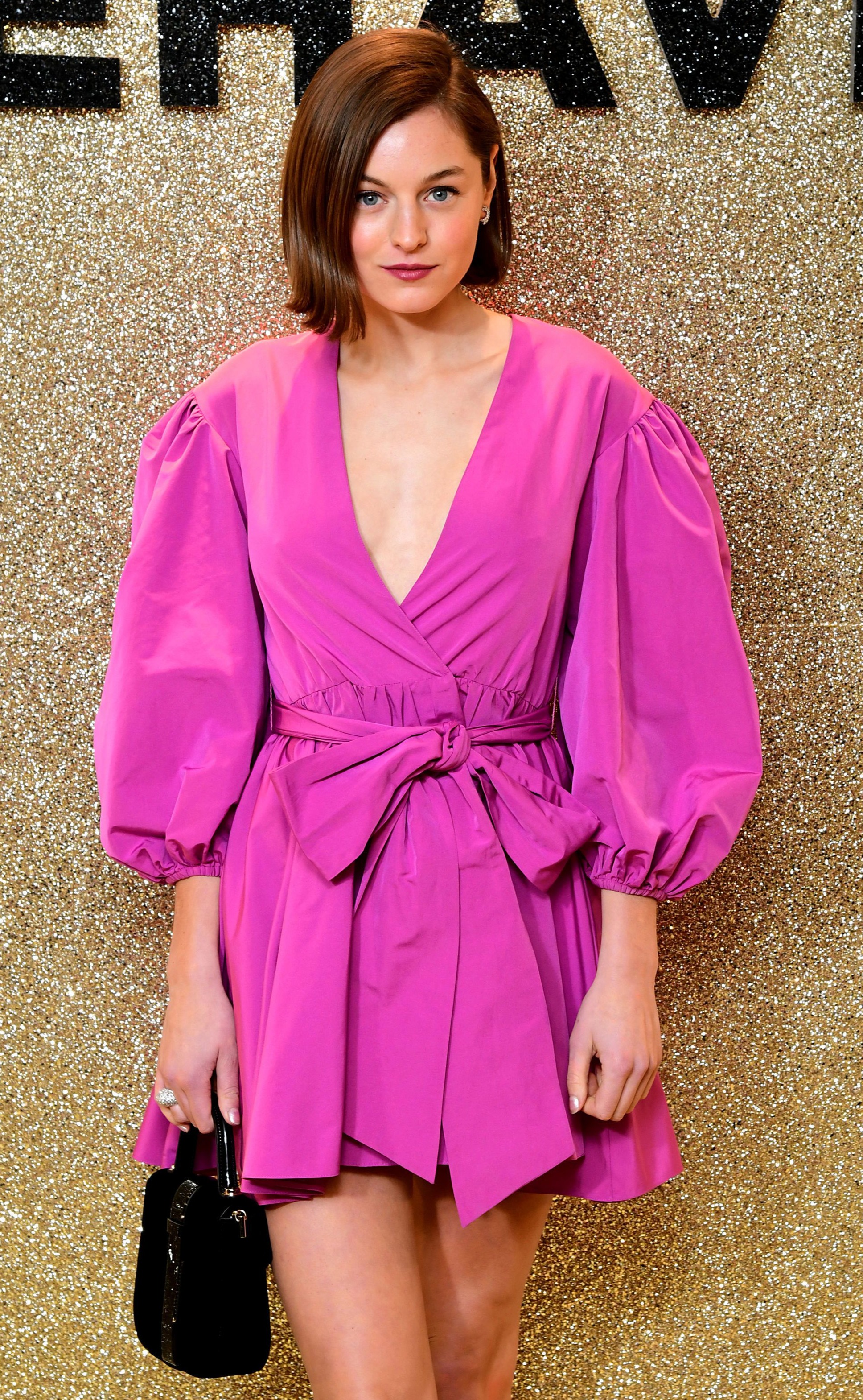 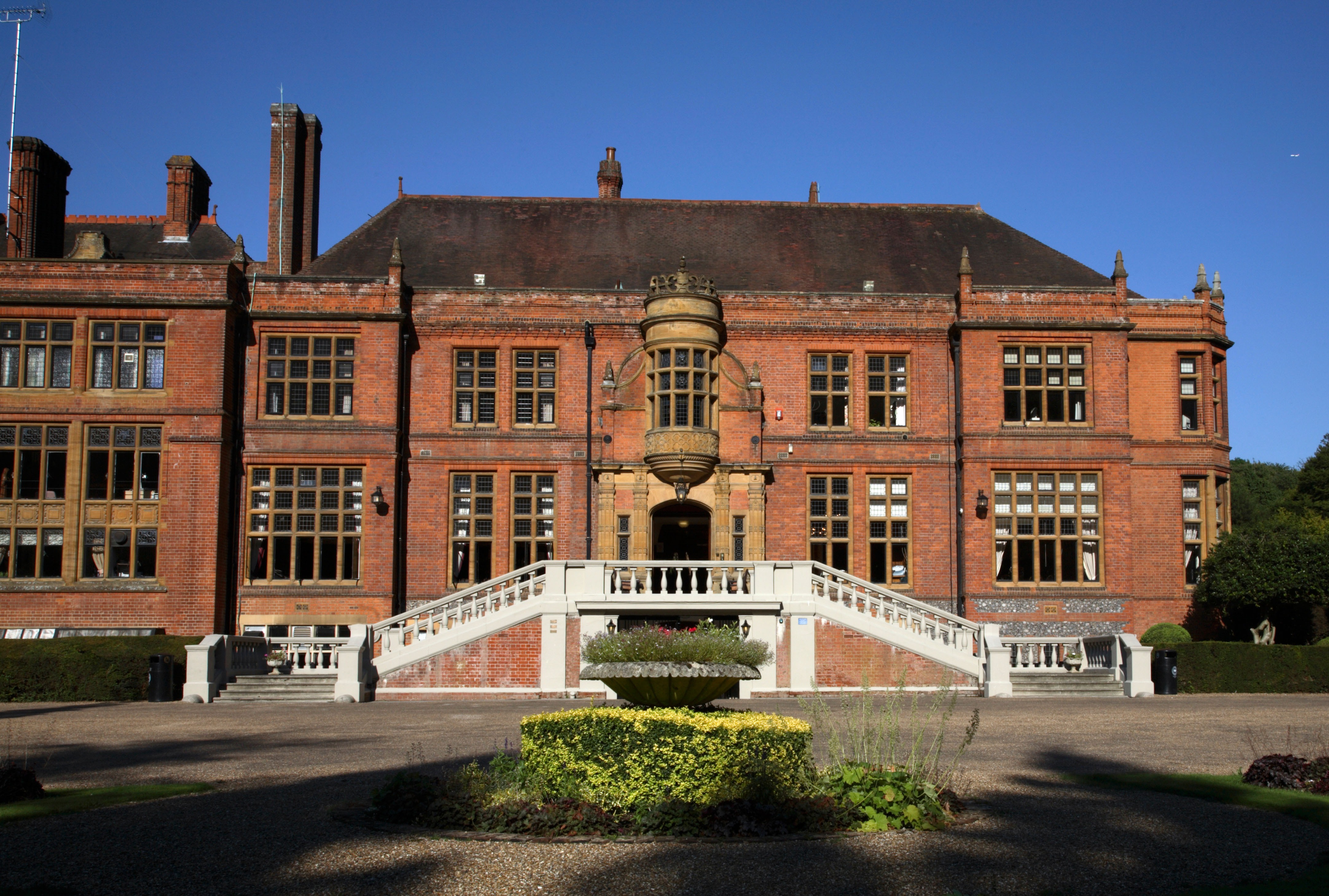 Emma showed promise as an actress from a young age, while attending private all-girls school Woldingham, in Surrey, where Great Gatsby star Carey Mulligan also studied and where fees can exceed £12,000 a term.

On hearing the news of her latest role, the school's retired Director of Drama, Lyn Mann, said in a statement: "From the moment I first met Emma in Year 7 she stood out as an outstanding talent which grew and developed throughout her time at Woldingham.

"As a Drama Scholar she was a great role model, exemplary in inspiring other students, and her success is totally deserved. 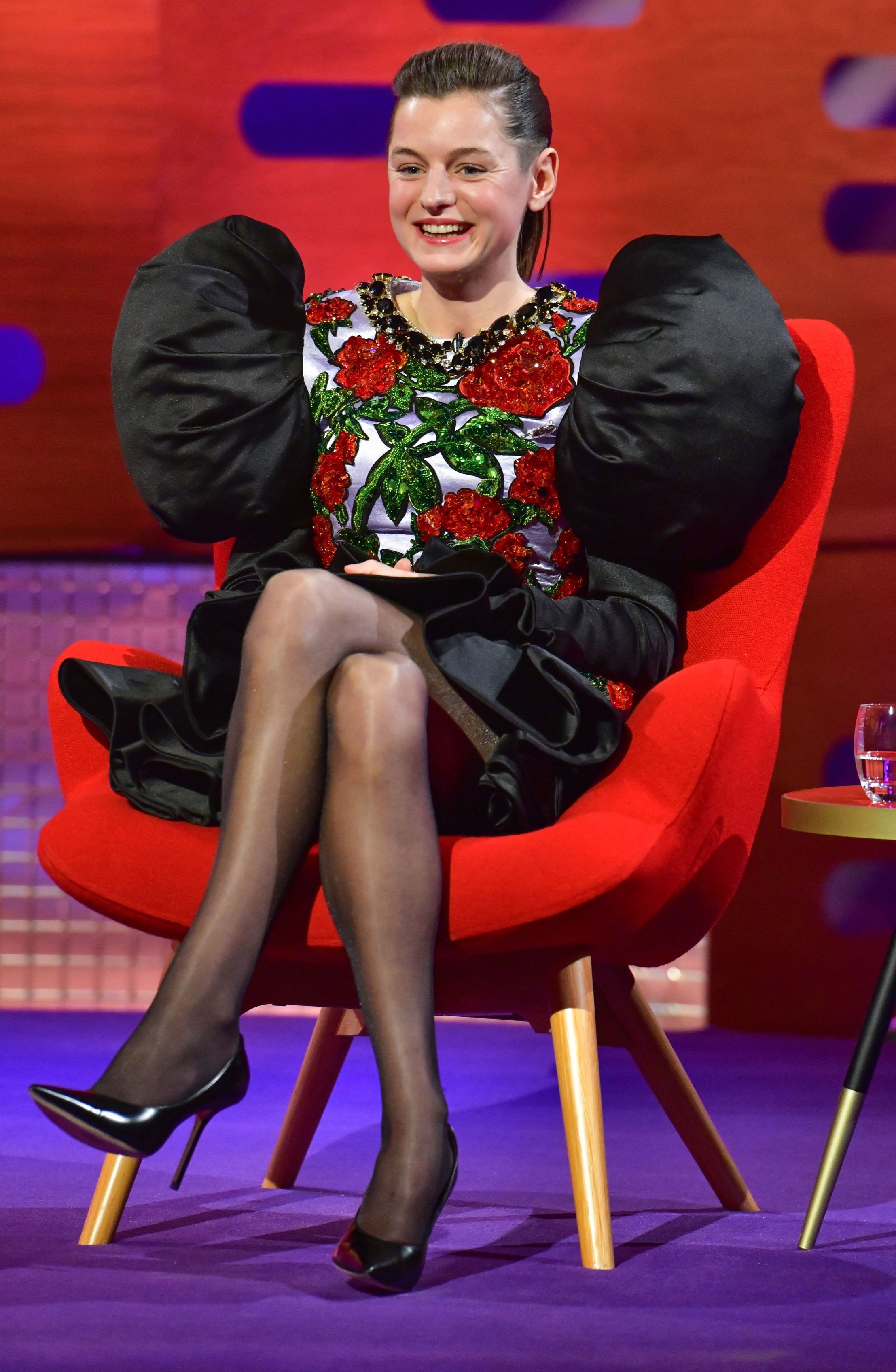 "I am so proud of her and I am sure we are going to hear a lot more about Emma in the future."

After a Gap Year, which reportedly included a Shakespeare course at the London Academy of Music and Dramatic Art, as well as working as a volunteer teacher at a school in South Africa, she went on to study education, English and drama at Cambridge University.

It's her theatre roles from there that began to get her noticed.

'I'm going to prepare as if it were [an audition]'

According to The Mirror, Emma threw herself into productions during her time at Cambridge, perfecting her talent in around 20 of them overall. 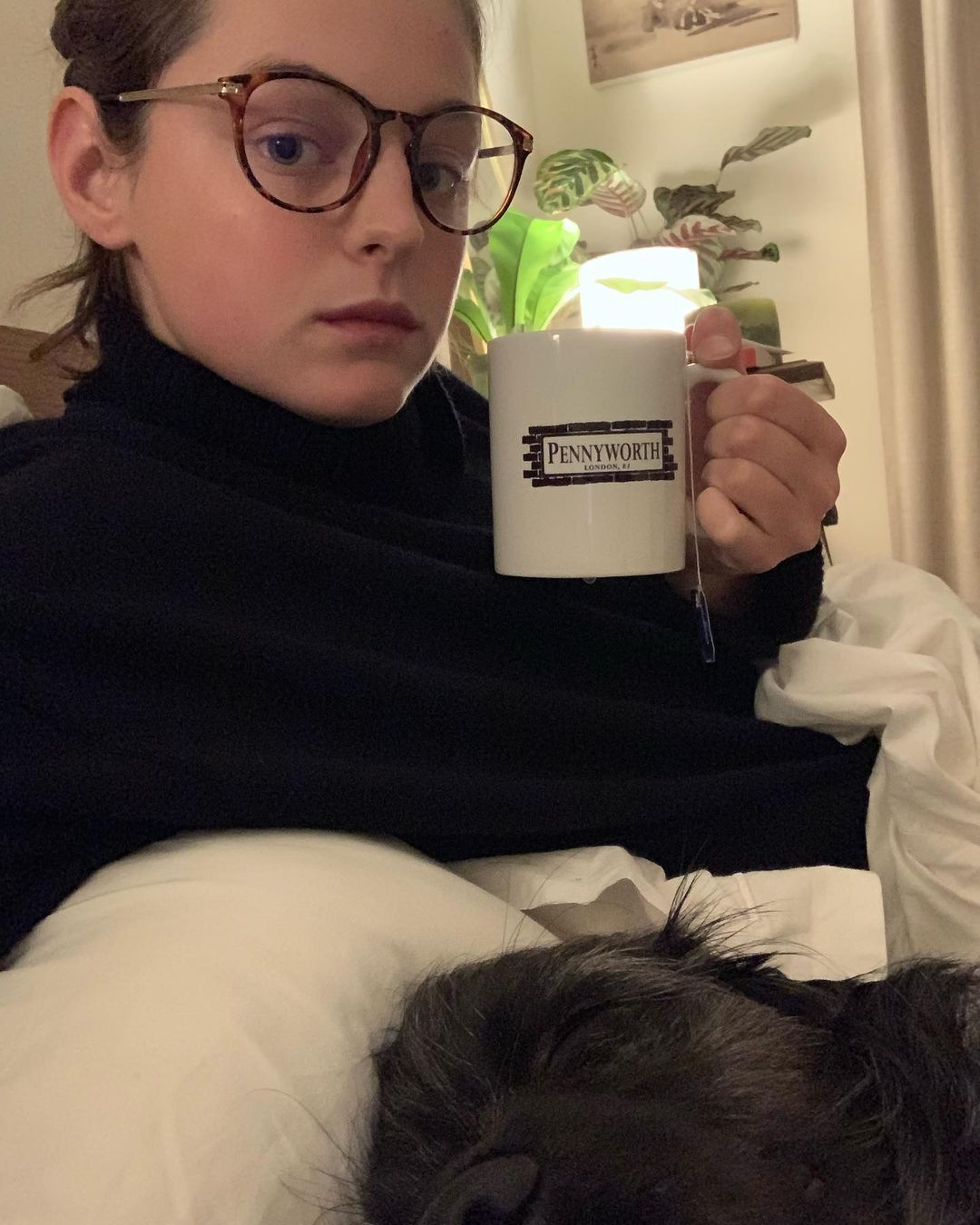 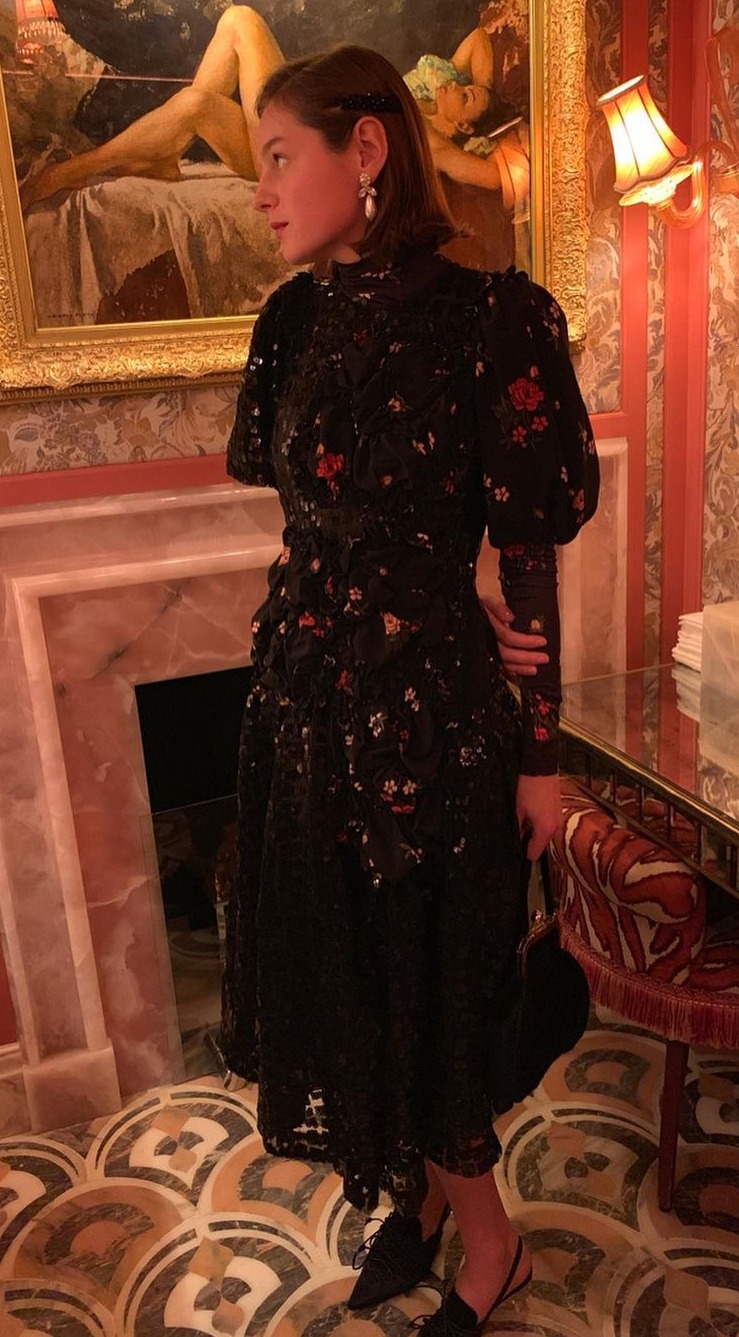 She's since gone on to land roles in star-studded drama Misbehaviour, US drama series Pennyworth and one episode of ITV’s Grantchester.

But luck (and a whole lot of talent) was truly on her side when it came to her casting in The Crown.

In 2018, when the third series of the show was underway, the crew needed someone to come in and read through Diana's lines.

Emma's agent called her to take up the opportunity, but stressed it was not an audition. However, the actress told Town & Country: "Obviously, I was like, ‘I’m going to prepare as if it were'." 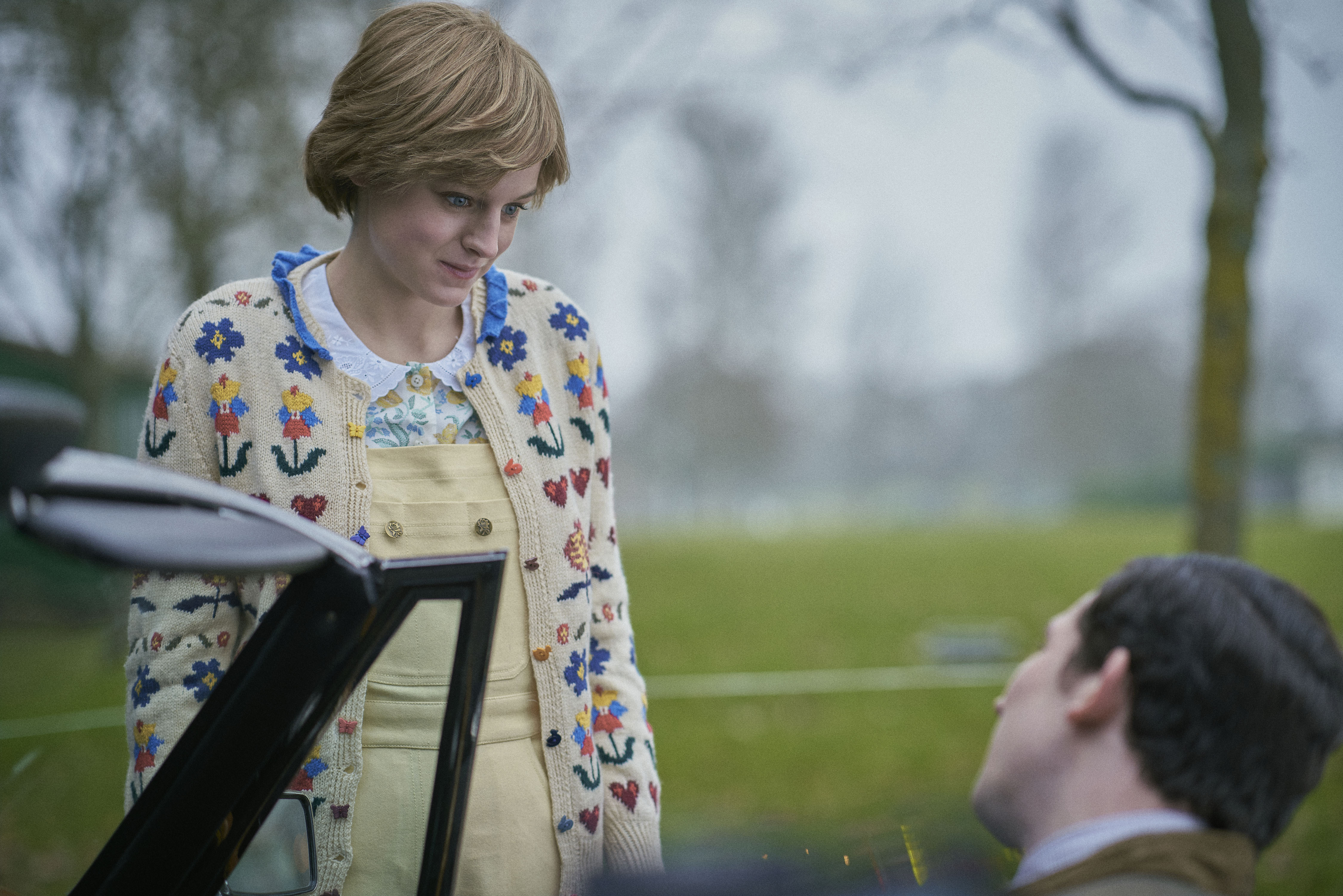 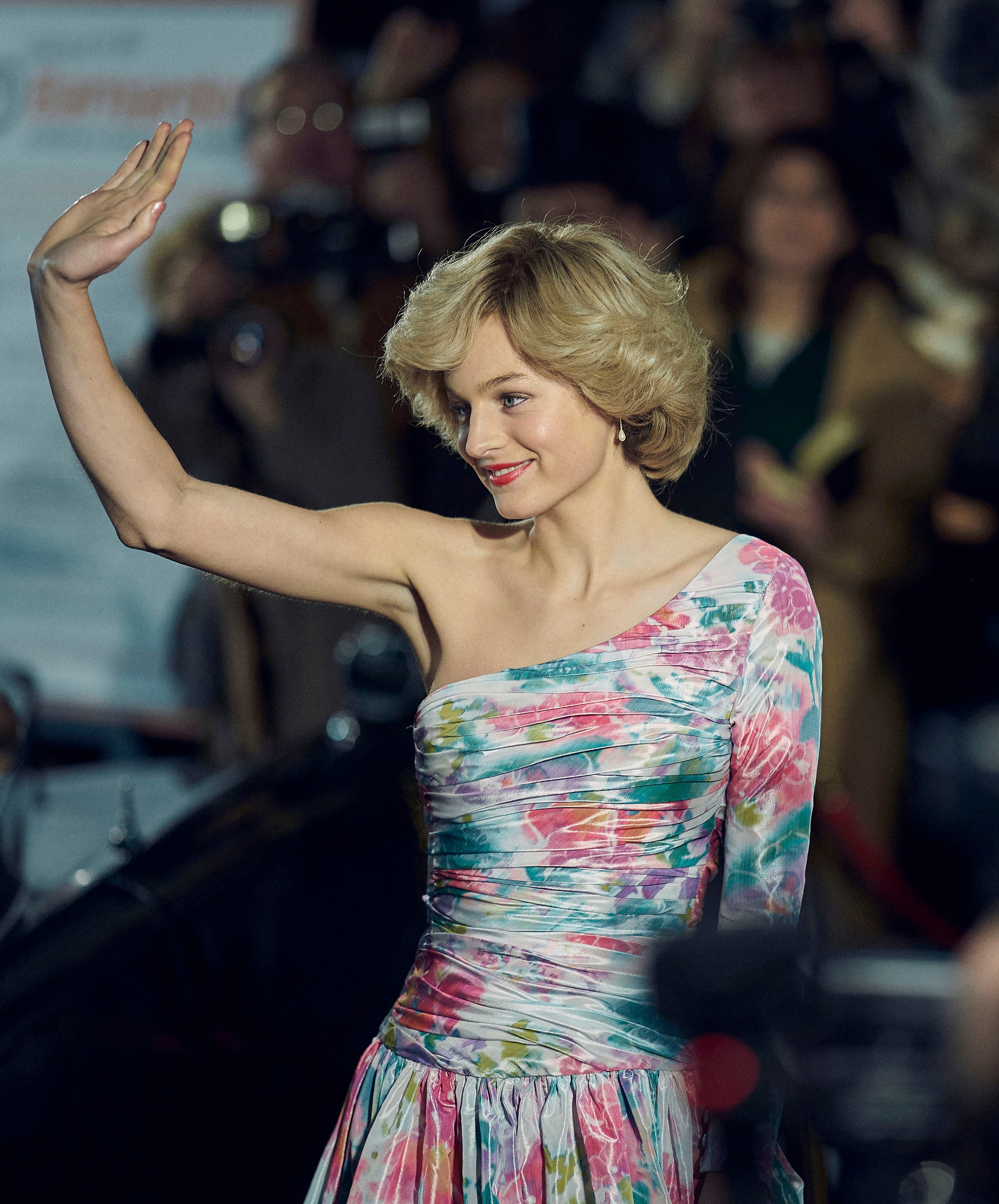 With the help of her speech therapist mum, Emma told the news outlet she focused on perfecting her vocal performance, in line with how Diana spoke.

“No matter what Diana is saying, it kind of goes down at the end,” she added. “It’s like a sadness.”

She completely mastered it, so much so her co-star and Prince Charles actorJosh O'Connor admitted he was in "awe" as he watched her "inhabiting Diana, seemingly quite easily".

Creator and writer Peter Morgan was blown away too, seeing Emma's shyness and vulnerabilities as a relative acting newbie as the perfect attributes for playing a younger Diana. 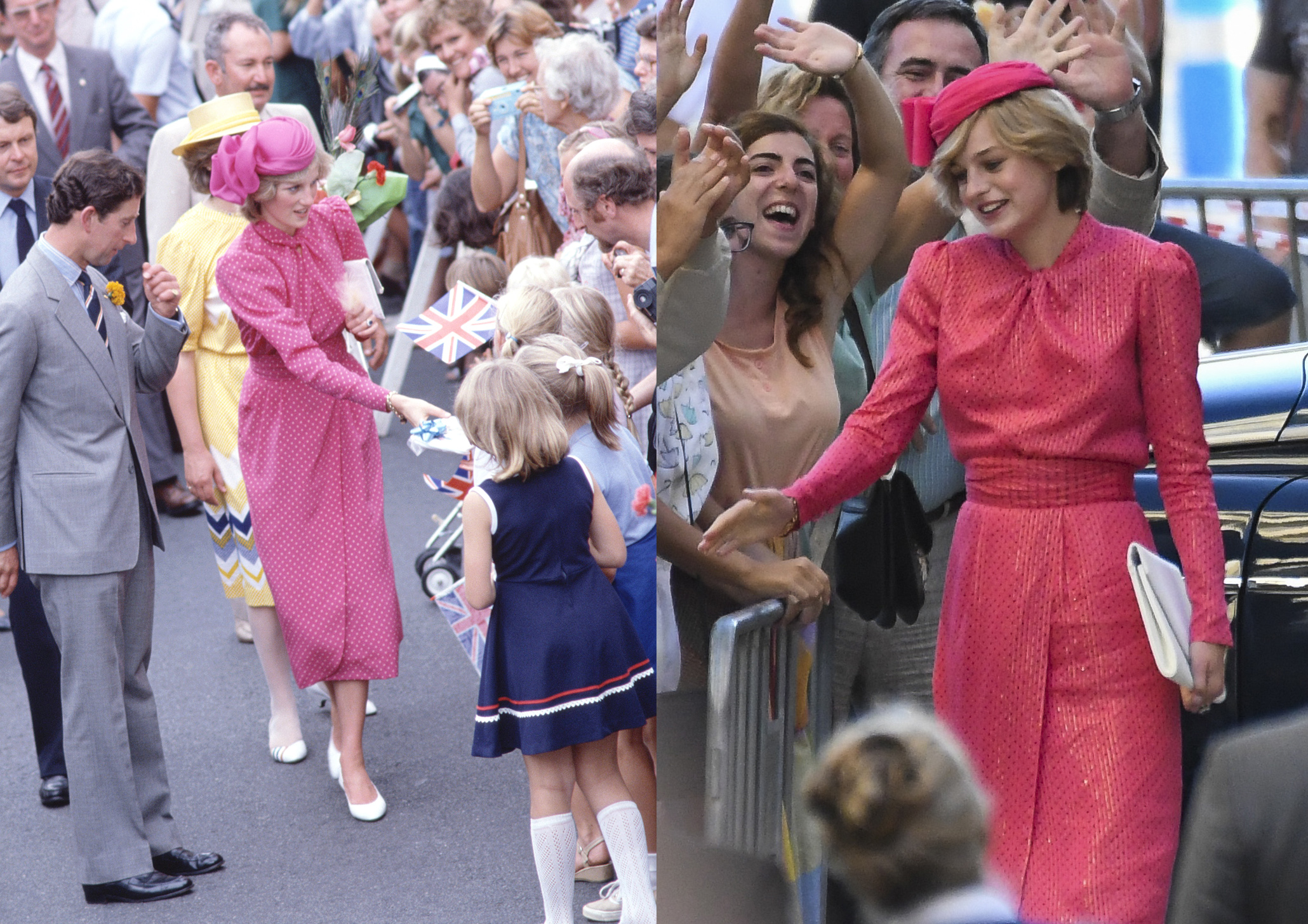 "As well as having the innocence and beauty of a young Diana, she also has, in abundance, the range and complexity to portray an extraordinary woman who went from anonymous teenager to becoming the most iconic woman of her generation," he said.

She had to wait several more months to be handed the offer, along with intense work along the way, including meeting Diana’s private secretary Patrick Jephson and working with movement coach Polly Bennett.

And Emma chose not to tell her friends at first.

“I love my mates but I think it would have got out," she told Vogue. 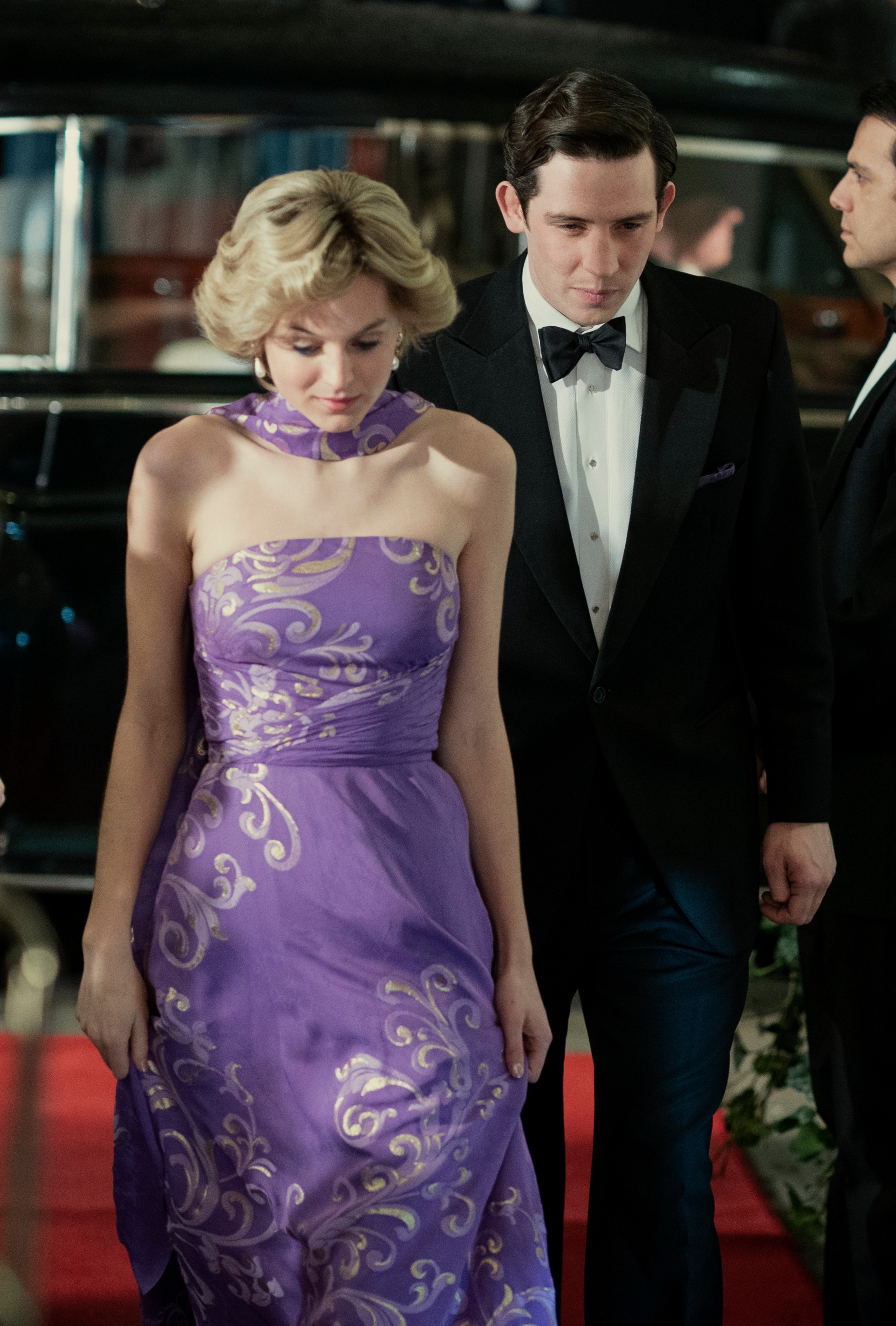 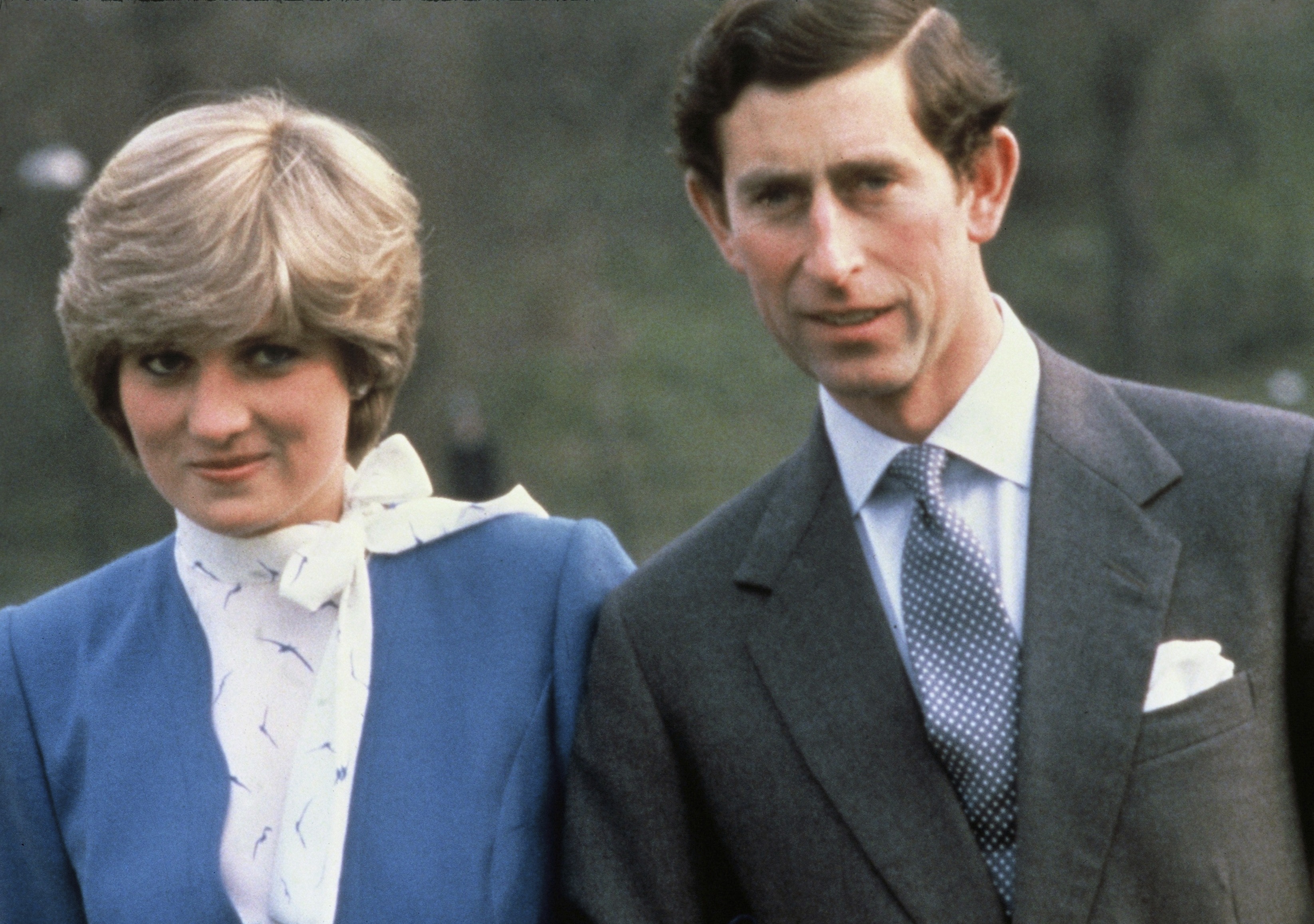 There was no fooling them though, and she said they eventually figured it out, having known how much she'd always admired Diana from a young age.

“They made me a scrapbook filled with all of the screenshots from our group WhatsApp, where I have said, ‘Oh my God, guys, I’ve been invited to read.’ Or a random conversation we’d had four years ago when I said, ‘Isn’t Diana amazing!’" she recalled to the mag.

Through her extensive studies, and watching Diana: In Her Own Words "about a hundred times", Emma began to perfect the role – and felt a close bond forming with the late princess along the way. 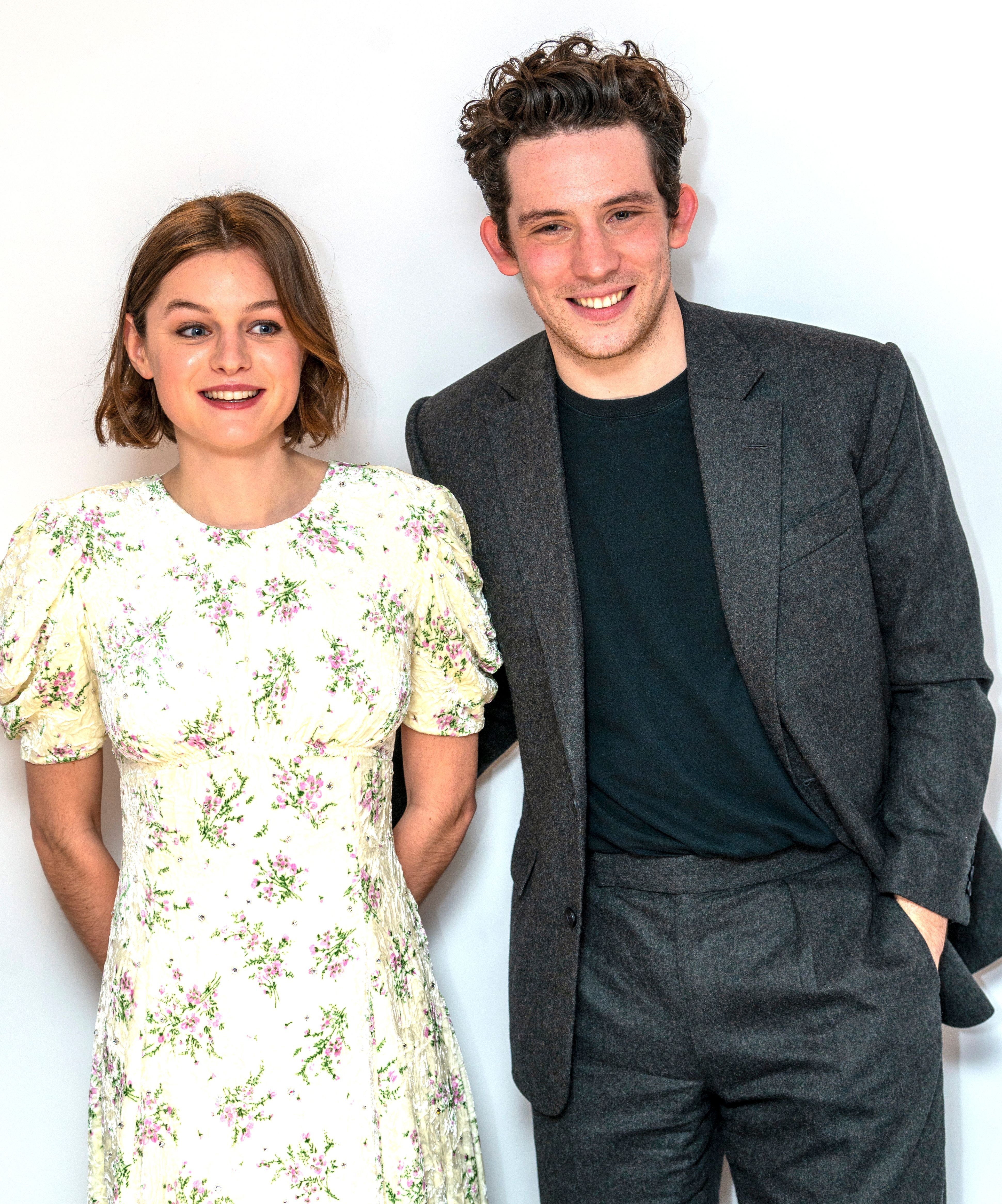 She told Vogue: “I feel I’ve got to know Diana like you would a friend…

"I know that sounds really weird, but I get a great sense of companionship from her. I suppose, over time, you kind of start to patch together a sense of empathy and a sense of understanding."

They undeniably share a lot of similarities when it comes to their early breakthroughs.

While they saw their lives transformed instantly after being propelled quickly into the spotlight, both of them became strong advocates for many worthwhile causes. 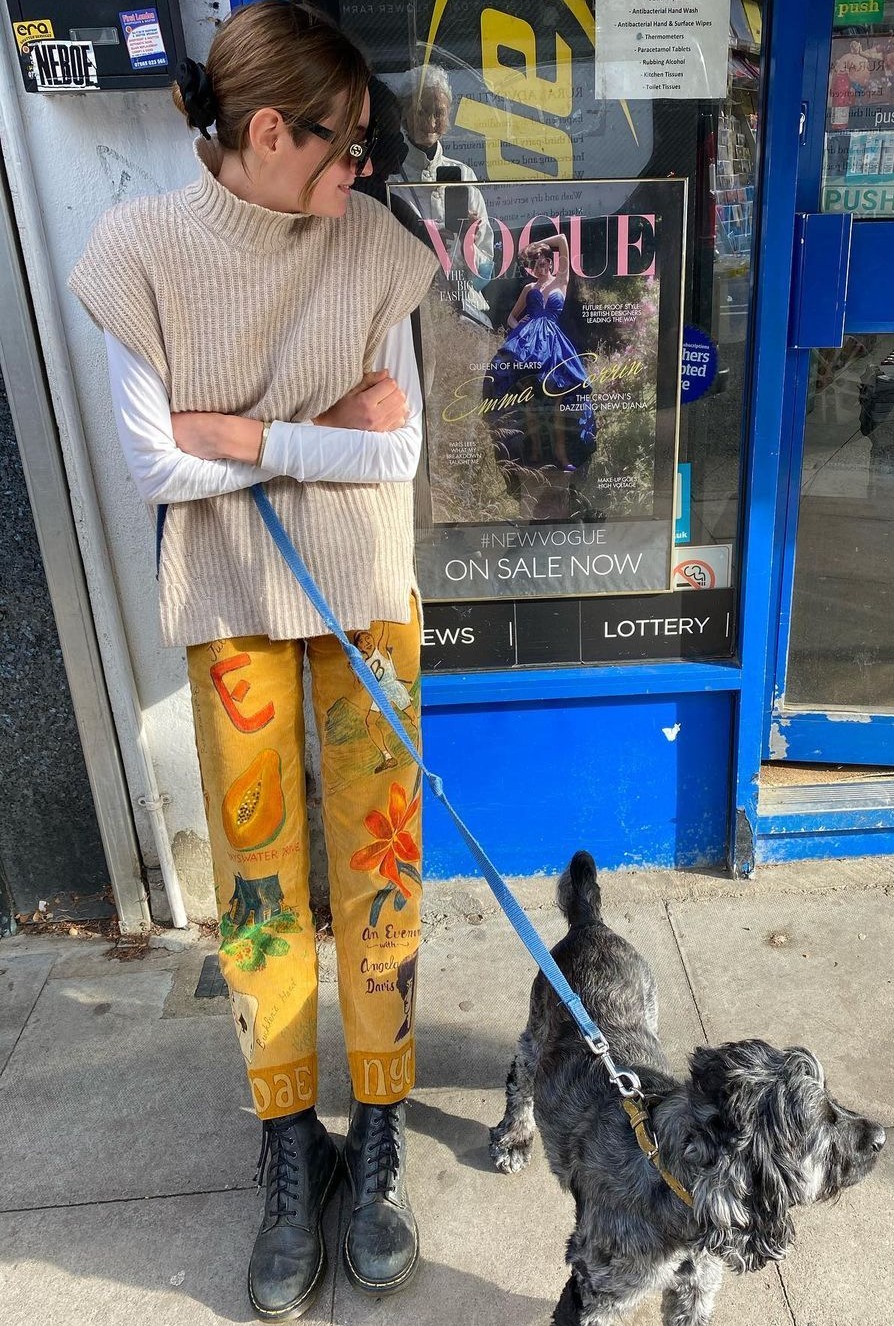 Emma often uses her relatively new Instagram page to promote everything from Black Lives Matter to mental health awareness – something Diana was hugely supportive of.

She's also spoken in the past about body image insecurities among women, ahead of portraying Diana's battle with an eating disorder.

According to The Mirror, Emma said: "These days there’s so much pressure on everyone, especially with social media, to be a certain way.” 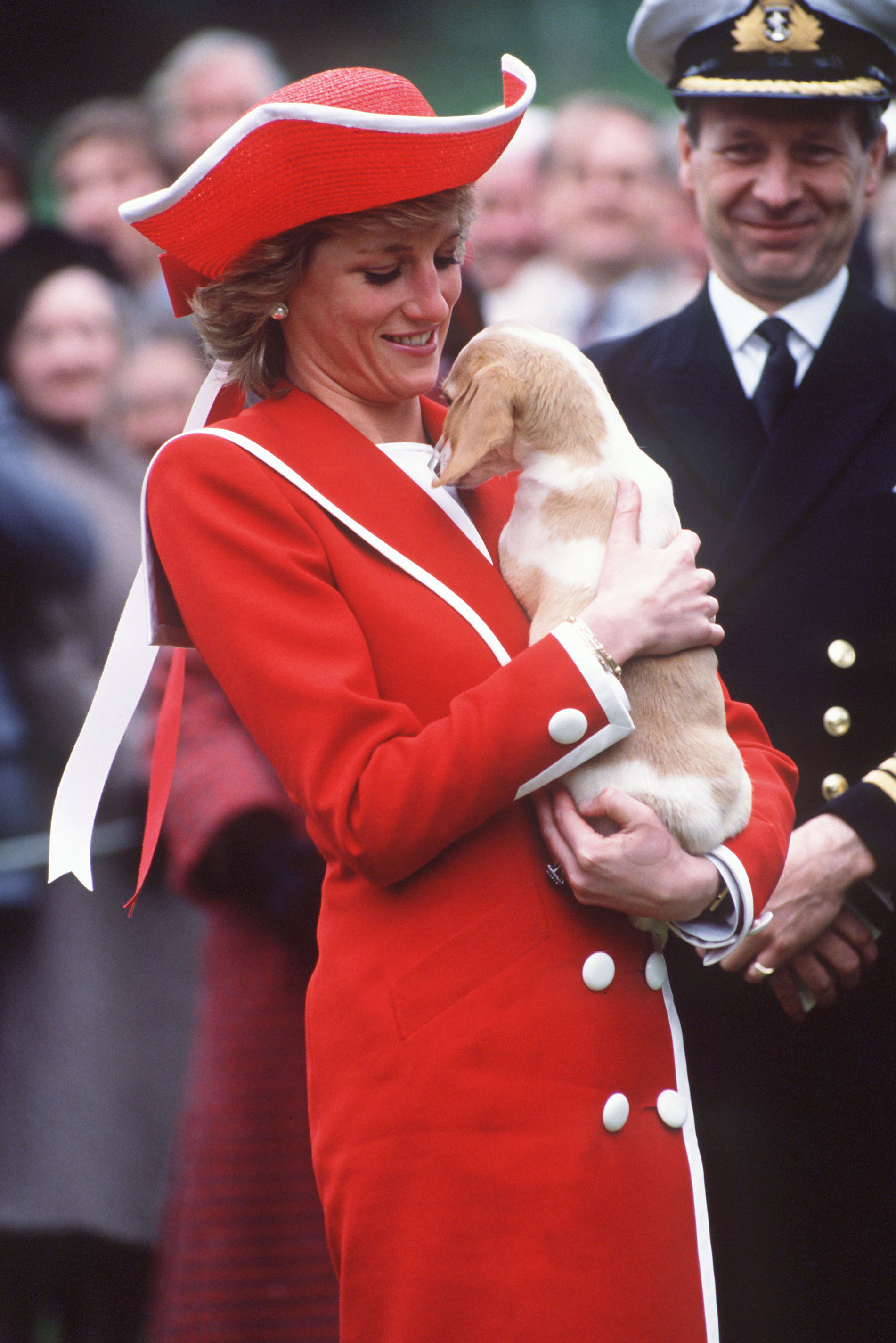 But amongst her newfound national fame, Emma has stayed true to herself and continues to enjoy a quiet home life, regularly sharing photos with her beloved dog – ironically called Spencer.

Emma has always admired Diana, despite only being tiny when she tragically died, as she said it became a running joke at her school that her mum strong resembled the princess. 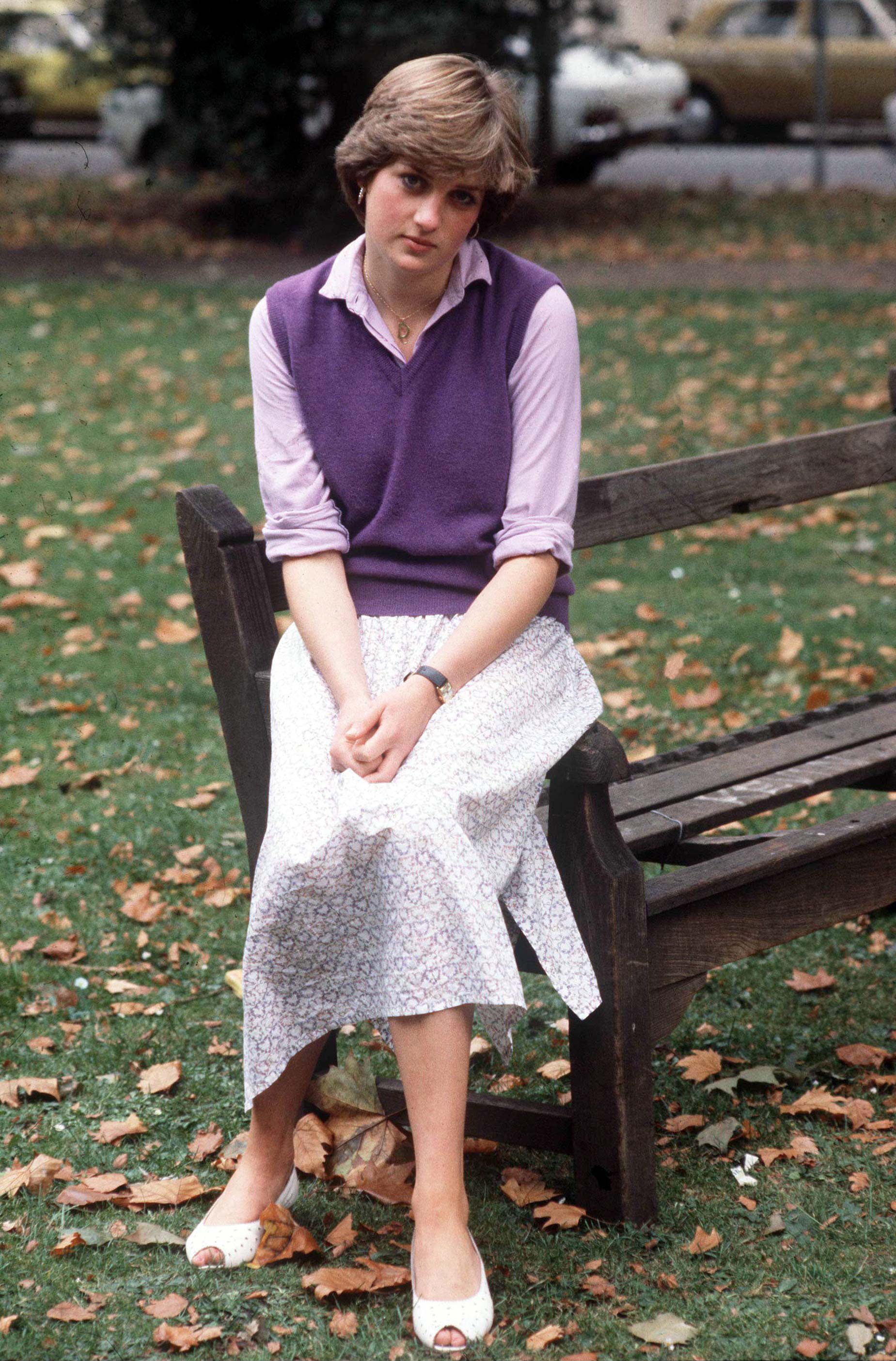 "My mum looked a lot like her," she told the Radio Times.

"I grew up incredibly fond of this woman, as were most of the British public."

Emma shares a close bond with her mum, and when it came time to try on the replica of Diana's wedding dress, she invited her along to share the moment. 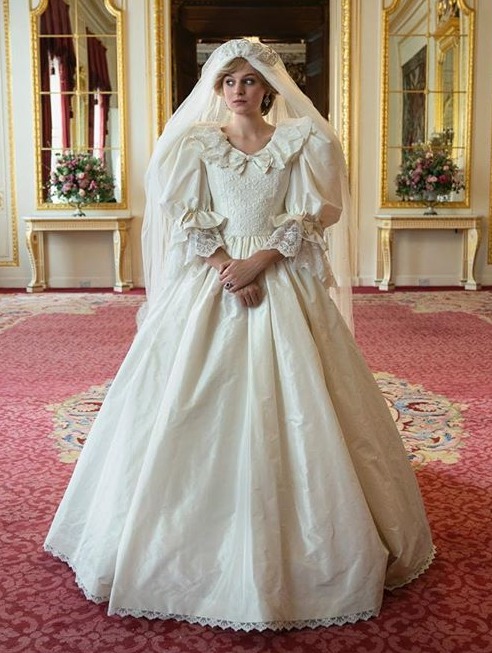 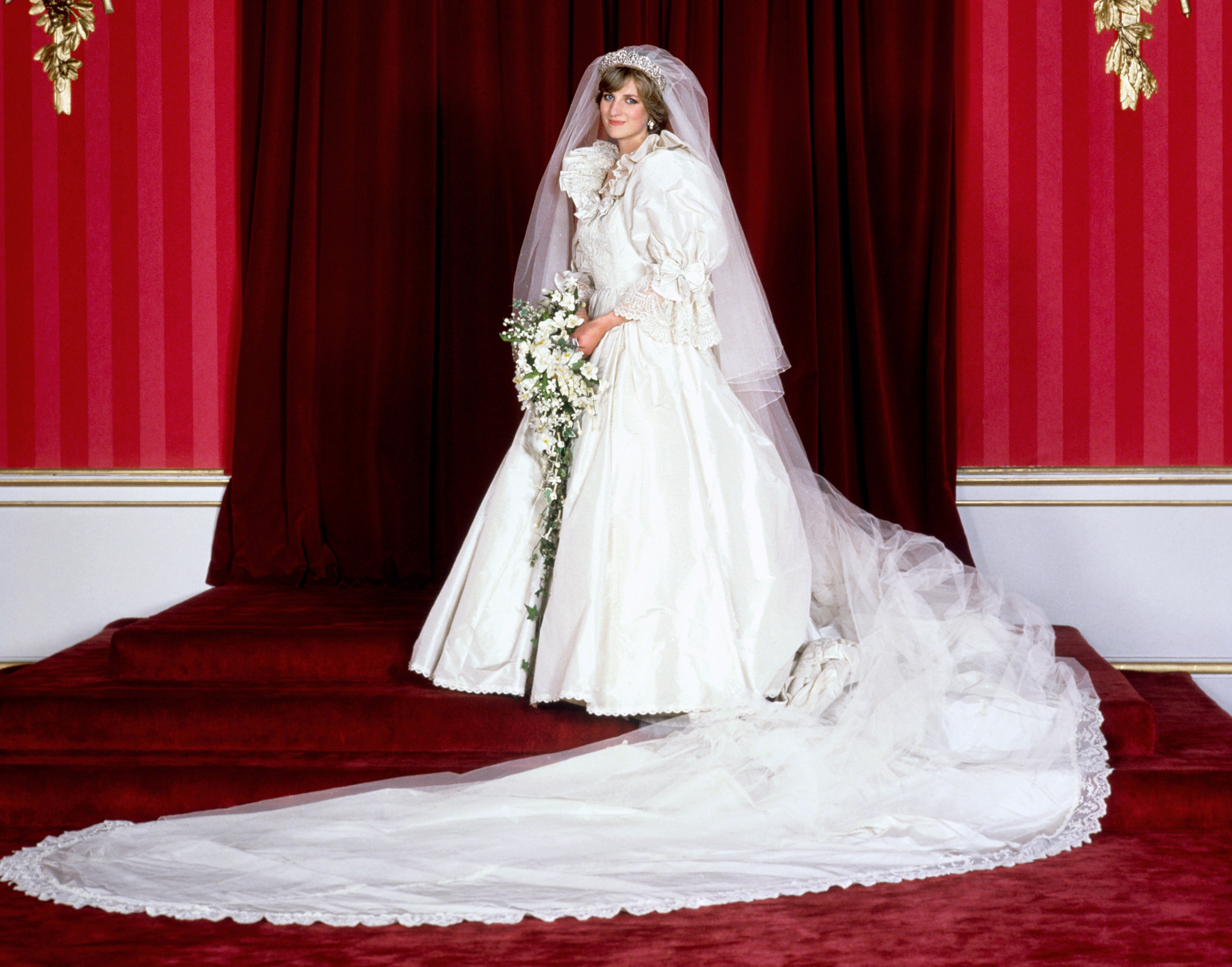 But she admitted the royal lifestyle wouldn't be for her, and told the magazine: "I’d run a mile if anyone in the Royal Family asked me to marry them!

"I’m indifferent to the Royal Family really, but I do feel sorry for them. We know what happened to Diana. It’s an impossible situation."

'[Fame] is terrifying and weird'

Emma has only experienced a few years of national fame, but has admitted she can sometimes find it overwhelming. 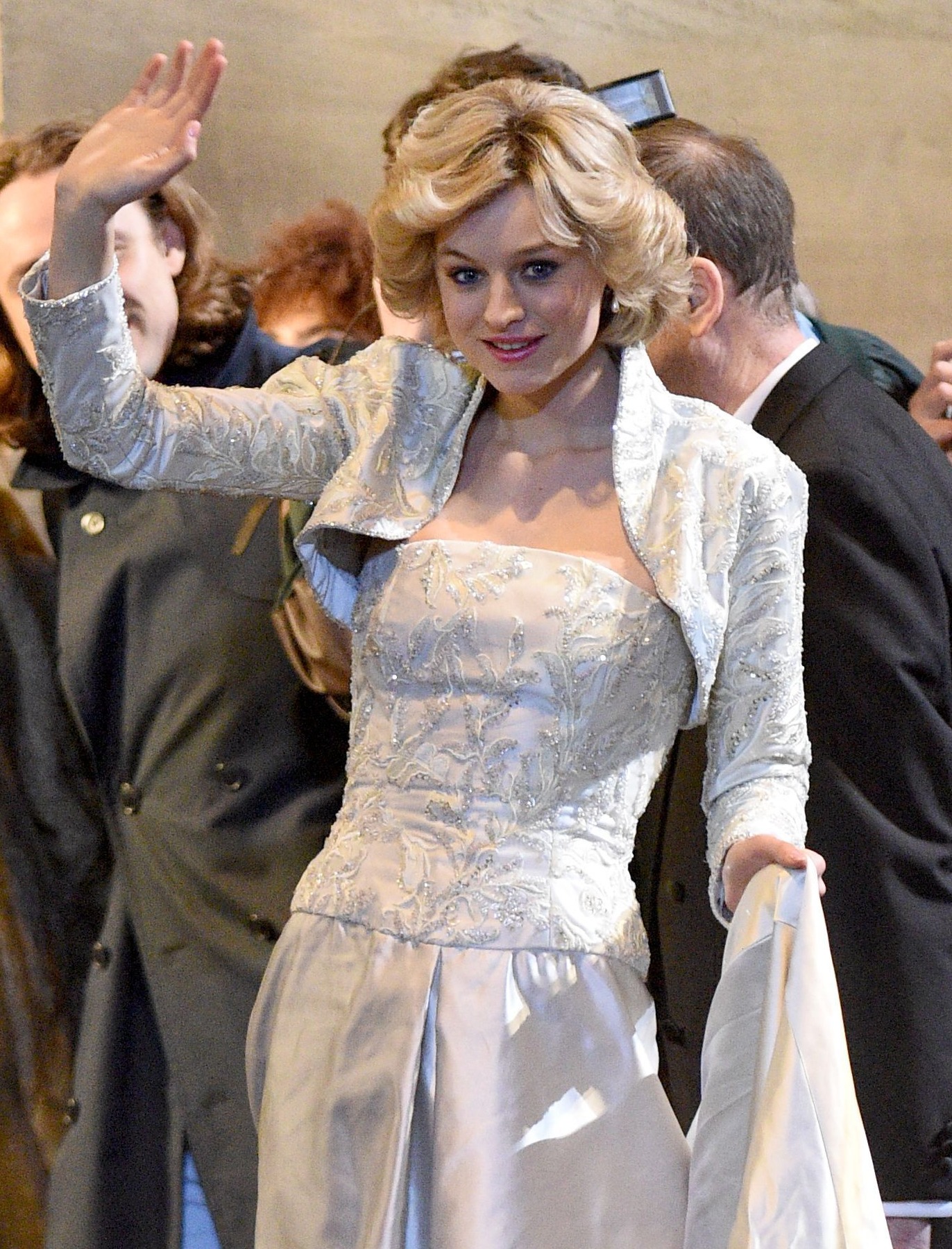 Appearing on the Graham Norton Show recently, she said: "I have been papped outside my house and I never see the photographers – it is terrifying and weird.”

Of playing Diana, Emma added: "There was an immense pressure because she was so adored and because there is this sense from everyone almost of ownership, like they knew her, so I went into it with a huge sense of pressure.”

The Sun's review of the new series labelled Emma as "brilliant", adding: "From the shy smile, to the cocked head and whispered voice, the actress has perfectly captured the mouse that eventually roared."