Star Wars’ new phenomenon The Child, dubbed Baby Yoda by viewers, has been causing quite the stir amongst sci-fi fans. As the second season of Disney Plus’s hit series The Mandalorian continues, the debate continues around the adorable critter’s reckless decision to eat the Frog Lady’s eggs.

The Mandalorian fans have devised a convincing argument to explain The Child’s thoughtless actions in episode two, The Passenger.

When Mando (played by Pedro Pascal) is tasked with providing safe passage to the Frog Lady and her precious eggs, her entire species is at risk when a horde of giant spiders attacks.

Before the gruesome Krykna threaten the lives of our heroes, however, The Child’s appetite gets the better of him and he helps himself to a number of unfertilised frogspawn.

Thankfully, Mando has grown into his parental role and manages to stop him before the entire tank has been consumed. 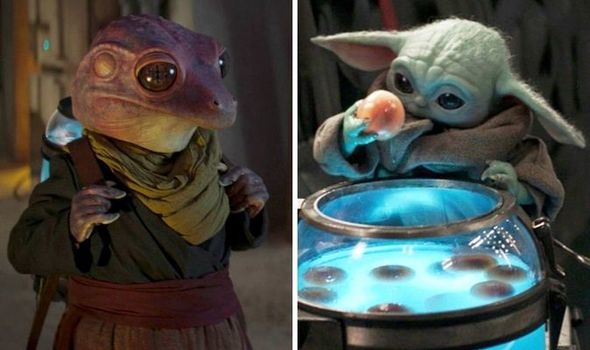 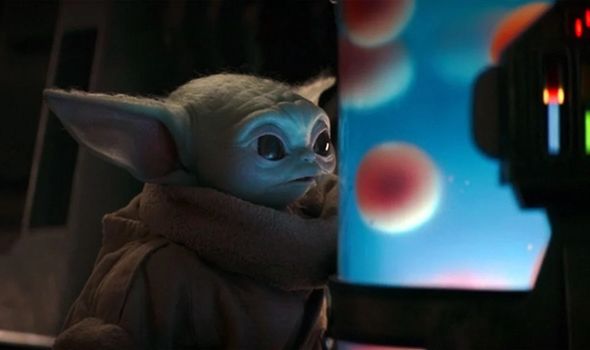 His actions have sparked a furious debate amongst certain Star Wars fans, with some going so far as to accuse Baby Yoda of attempting to commit genocide by eating the endangered eggs.

The Frog Lady was able to reunite with her husband in the latest episode, and The Child seemed to have learned from his mistakes as he watched over a newly hatched tadpole.

Still, the amphibian couple may still harbour a grudge for the force-sensitive menace after their lineage was severely depleted by the end of last week’s adventure.

Although the long life expectancy of his species means the powerful toddler is actually well over 50 years old, some fans have argued Mando’s infantile companion still isn’t in control over his inhibitions. 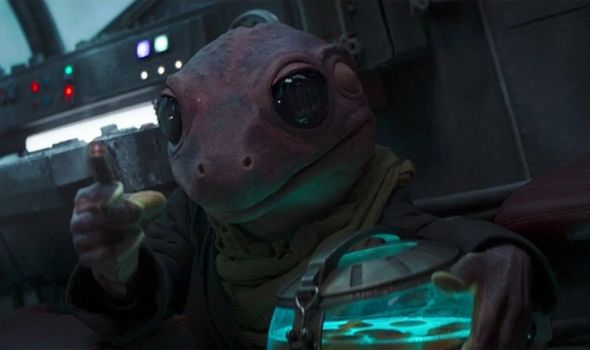 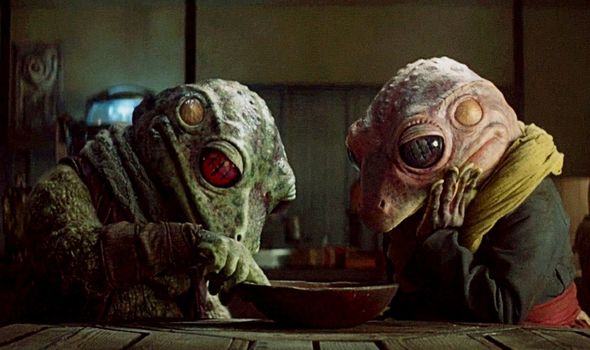 They took to Reddit when they realised The Child may have been being more selfless than previously thought.

User HalfBakedJake speculated: “My theory: The child is not eating the eggs but incubating them inside himself. The other eggs die before they can be fertilised.

“The frog lady thinks it’s all over now. The child regurgitates the remaining eggs. The day is saved.”

Unfortunately, part of this theory was disproved by the latest instalment, which featured a frog hatchling emerging from one of the fertilised eggs.

With the Frog Lady reunited with her husband on Trask, it’s also unclear if the pair will join Mando and The Child in any future adventures.

However, Yoda and his Disney Plus successor come from a mysterious, unknown species, so there could still be a chance The Child is offering a helping hand by incubating the eggs.

Plus, as the eggs are consumed whole, they could still be intact and ready to be fertilised if Frog Lady’s other offspring are threatened.

Another fan reasoned: “I want there to be some kind of meaning to Baby Yoda eating the eggs besides just the kid was hungry.

“It’s just uncomfortable as an audience member seeing him eat this sentient Frog Lady’s last chance to reproduce, and doing it with glee.”

While Disney subscribers have marked Baby Yoda and the eggs one of the funniest moments of the series so far, it will be interesting to see if his appetite has further ramifications for the rest of season two.

The Mandalorian season 2 continues Fridays on Disney Plus.