RUTH Langsford was left horrified as she was told of woman who supported her pal through break-up – while secretly sleeping with the ex.

The This Morning host could not disguise her feelings as she heard the story from a distressed caller who was struggling with trust issues due to the "ultimate betrayal". 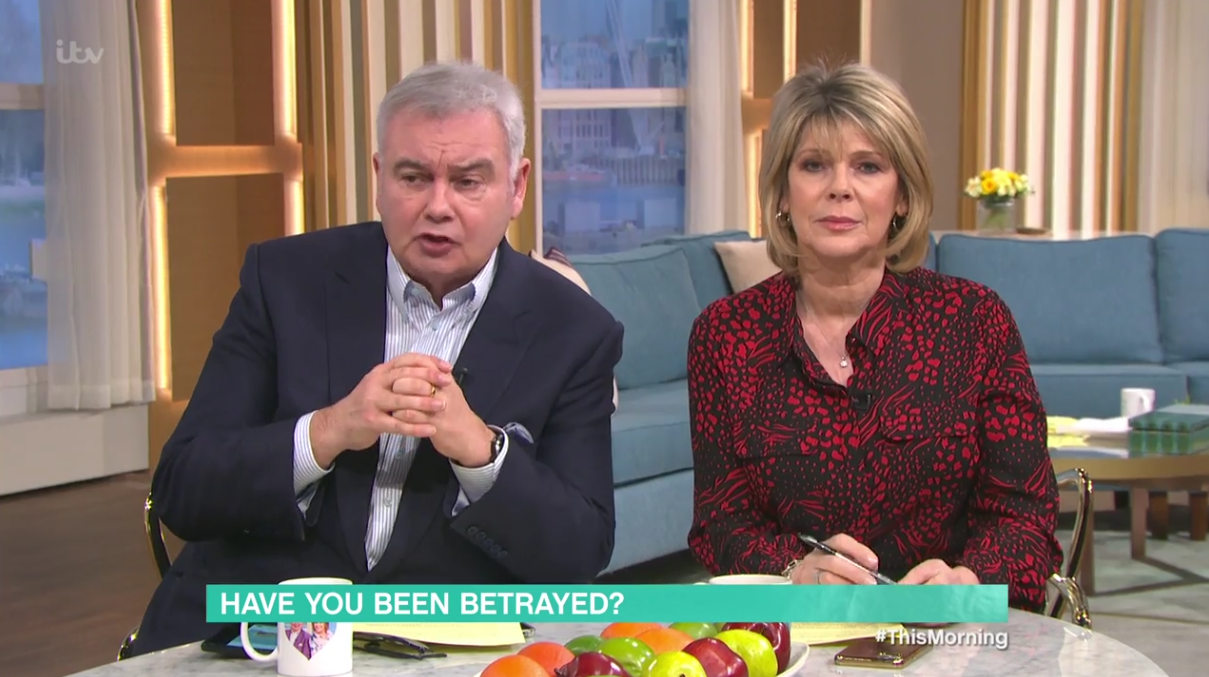 The viewer, called 'Lily', shared her story with Ruth and her husband Eamonn Holmes as she sought advice from agony aunt Deidre Sanders on the ITV show.

Lily told of her former pal who'd apparently been there for her after she broke up from her boyfriend – "I thought he was the love of my life," she explained.

Lily told Deidre: "She spent most of the night talking to him and I thought she was just trying to get us back together. 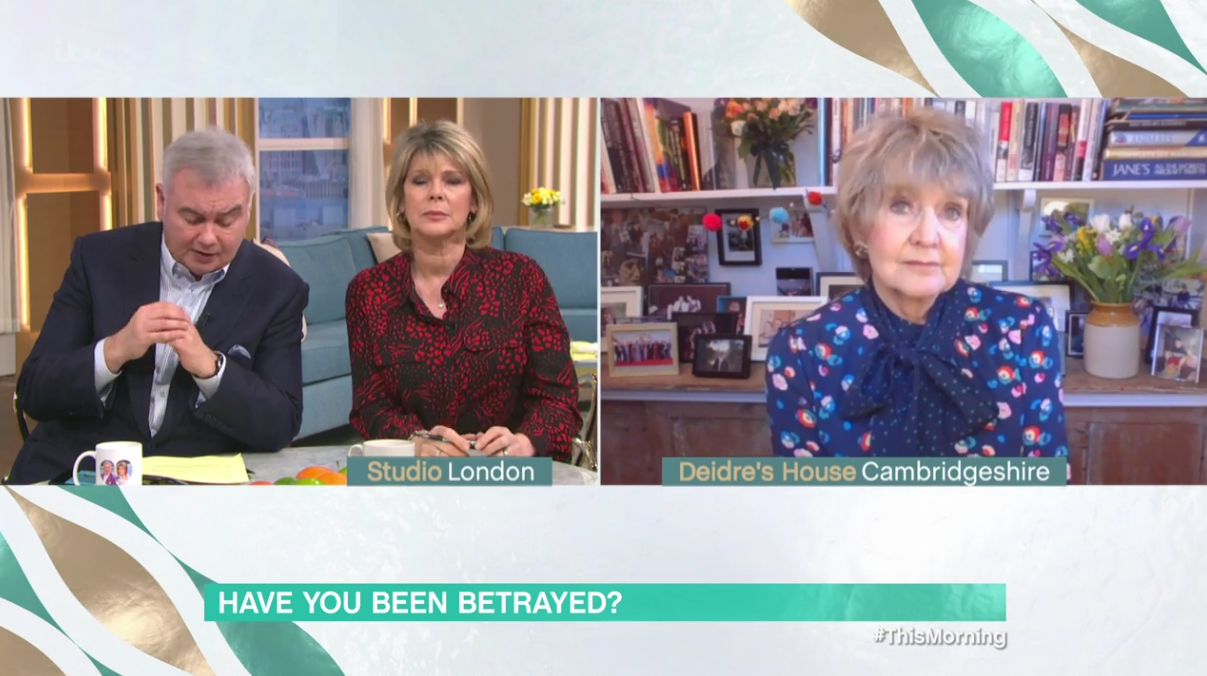 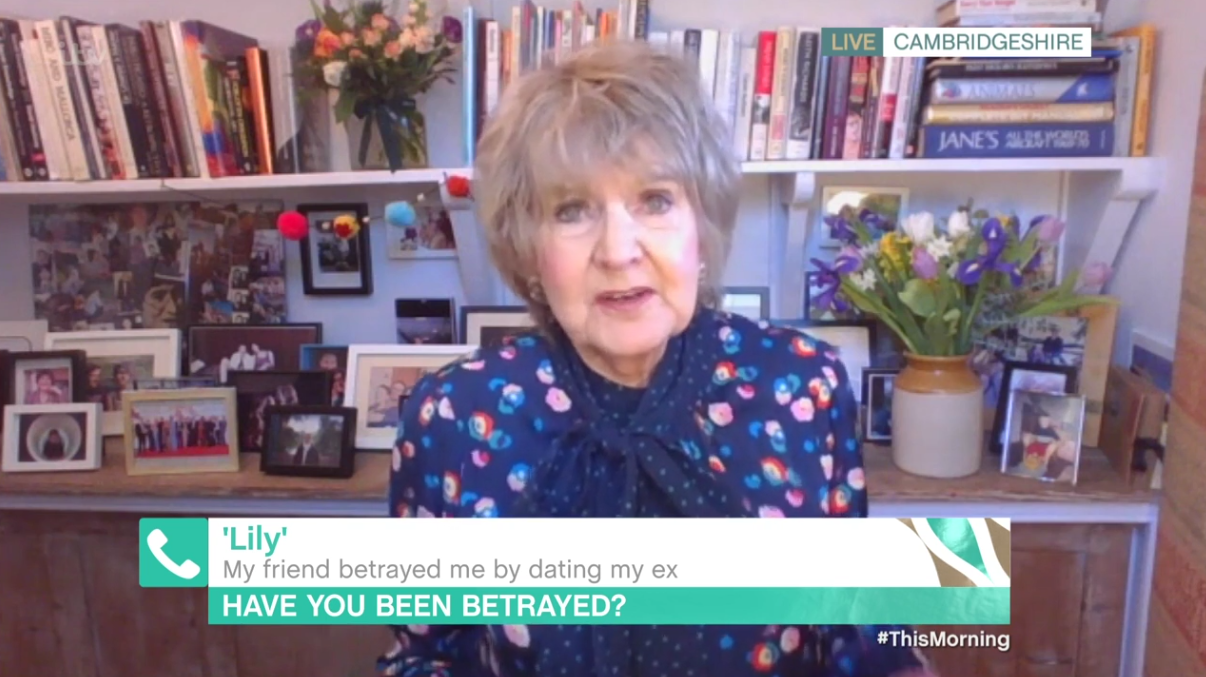 "Not long after that she was asking me questions like, do I still love him? Am I dating anyone else? And I just assumed she was being a supportive friend."

The friends had even arranged to meet up when Lily explained: "My brother showed me a picture of her on her Instagram of her and my ex together – I didn't see that picture because she'd actually blocked me from her social media.

"So this was the ultimate betrayal for me, I thought she was my best friend – she was supporting me through the whole break up while she was actually dating him."

A gobsmacked Ruth said: "She was actually dating your ex-boyfriend? Wow."

While Deidre commented: "That is appalling behaviour.

"It's one thing if someone gets with an ex ages later but to actually be so duplicitous that she was pretending to be supportive of you meanwhile dating your ex, that is really cruel and appalling behaviour."

Ruth, 61, added: "It's like a double betrayal," as Lily revealed the incident had left her with "massive trust issues" with new friends and partners.

Deidre advised the caller to try to learn from the unfortunate situation and pick up on the signs in future friendships and relationships. 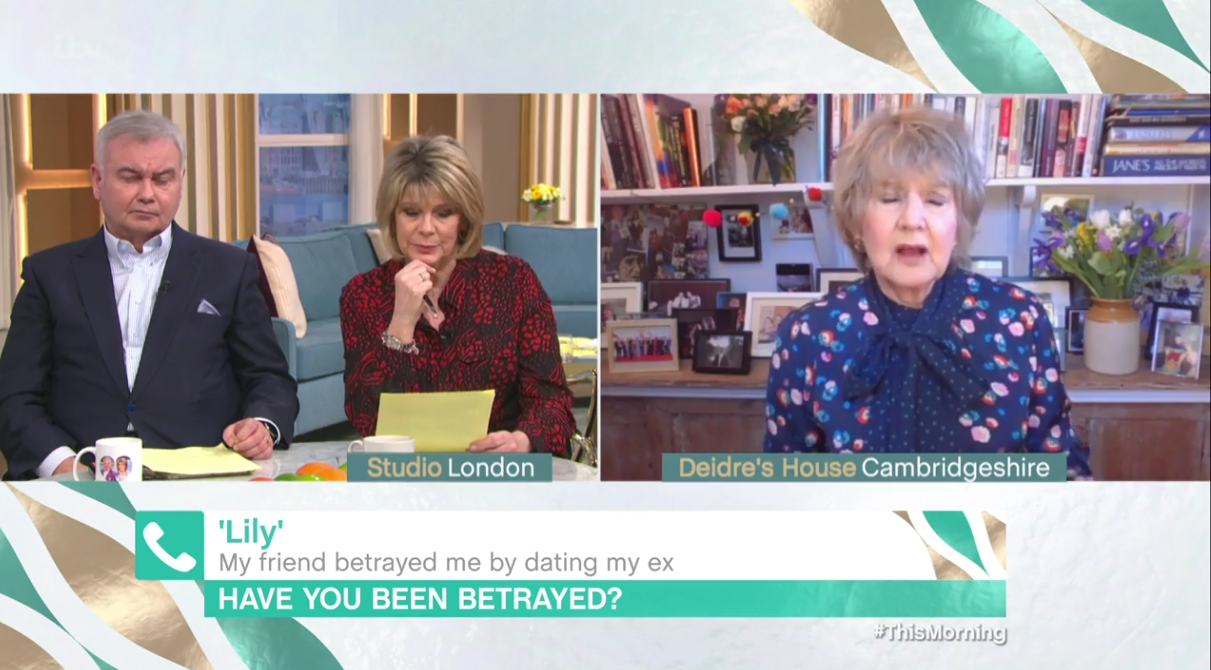 Viewers meanwhile had this advice on Twitter and one wrote: "He will cheat on her and she will have no one in the end. #ThisMorning".

Another added: "Lily. Get along with your life because these 2 will end up cheating on each other #ThisMorning".