THIS Morning viewers were left in hysterics as winners failed to answer the phone to Holly Willoughby and Phillip Schofield during a new game.

Earlier this week, the presenters couldn't contain their laughter as a viewer won a holiday to her own home town while taking part in the "spin to win" segment. 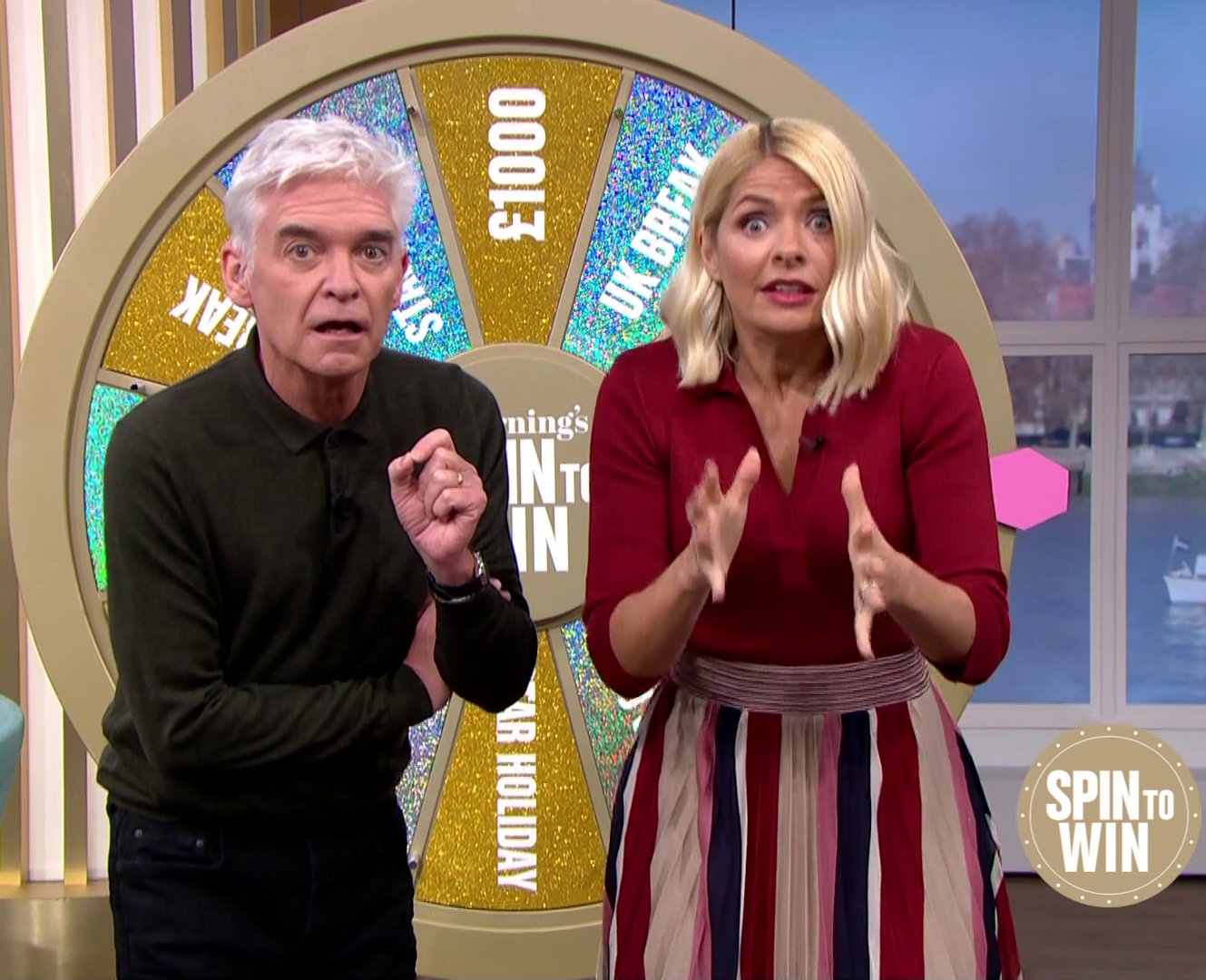 And it appears Holly and Phil are yet to perfect the new game after failing to get a caller to answer their phone.

The show's competition gives viewers the opportunity to win either a UK break, a holiday in Europe or an extra special "star holiday".

However, during today's episode, winners failed to even pick up the phone.

The TV duo waited in anticipation as the telephone rang in the studio. 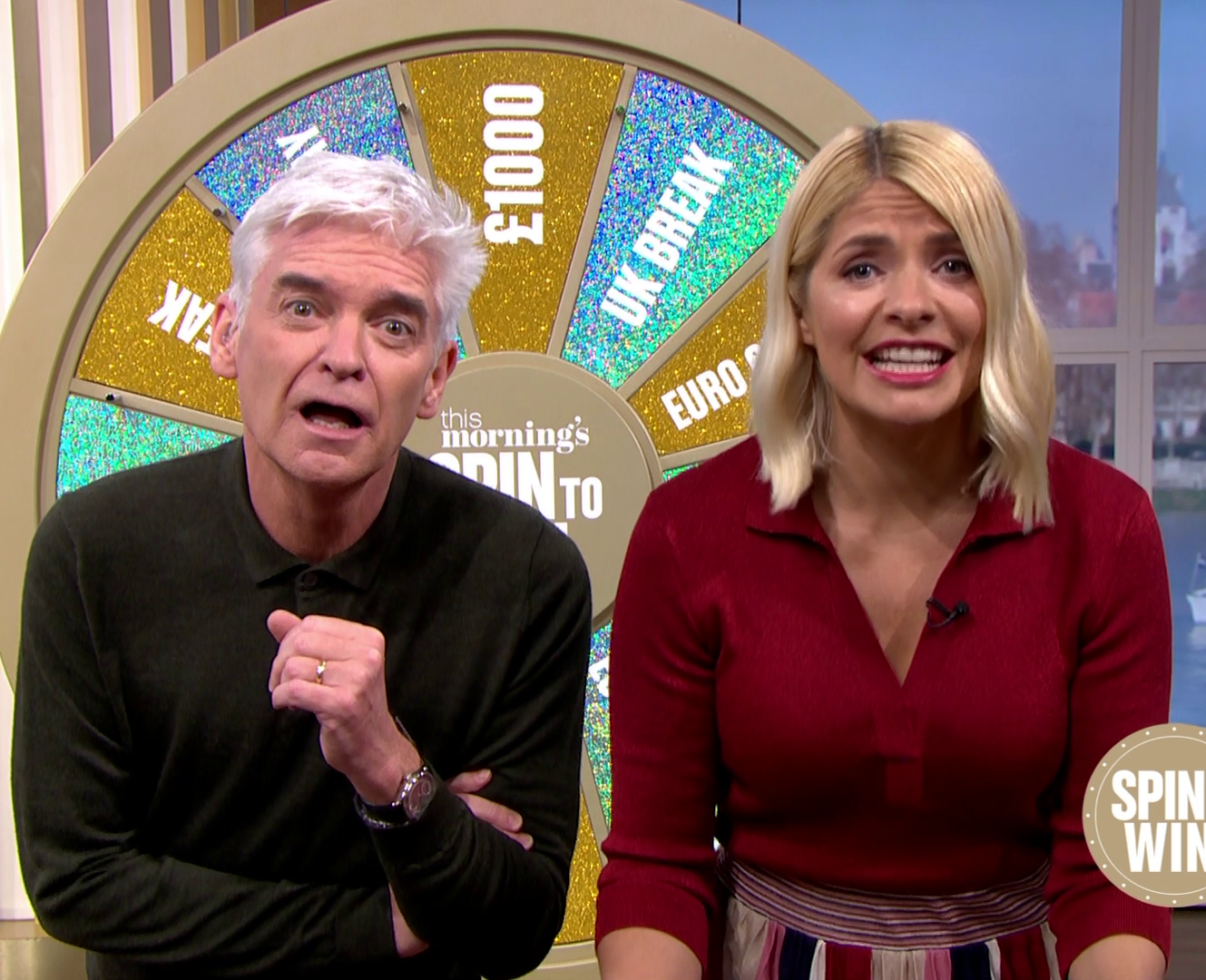 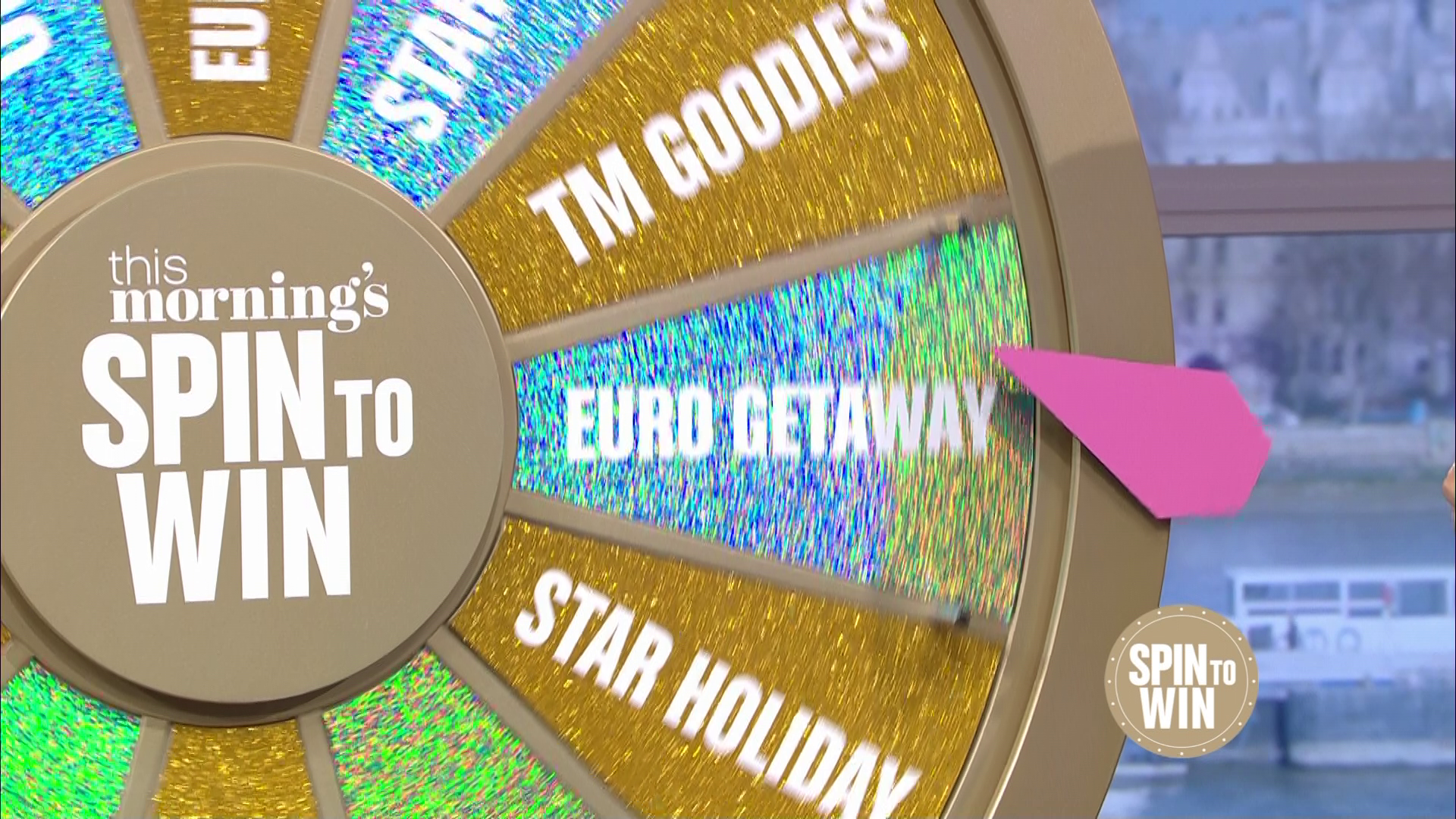 The first caller answered, but forgot to say the secret pass code.

While the next two attempts also failed miserably.

Holly and Phil appeared unnerved as they threw their hands in the air.

The funny moment didn't go amiss with fans, who labelled the game an "utter shambles".

One wrote on Twitter: "This is just an utter shambles haha #ThisMorning".

A third commented: "They extended half an hour for this #thismorning".

A fourth viewer added: "Have Phil and Holly forgotten that people have to work rather than play Spin to Win? #ThisMorning".