A Place In The Sun: Couple decide not to make any offers

Business-owner Colin and dog-trainer Janet were on the hunt for the perfect holiday home on the Eastern Algarve in Portugal. For their budget of £350,000, Danni Menzies found five options to show them, but despite calling one their “dream home,” the couple decided not to purchase any. A Place in the Sun fans quickly took to social media to blast the couple for “wasting time” on the Channel 4 staple.

Property three, a four-bed villa in Moncarapacho, was the only potential for the couple by the end of the search.

The recently refurbished former farmhouse was located on the outskirts of town within walking distance from the centre.

Close to a picturesque beach, it came with a good amount of living space and a massive plot of over 10,500 square metres.

Valued at £431,192, the couple seemed keen to consider the purchase despite it being over budget. 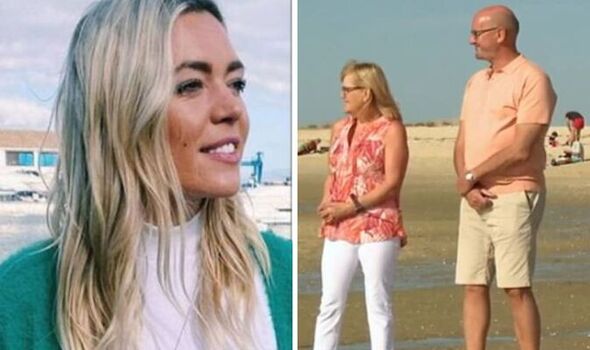 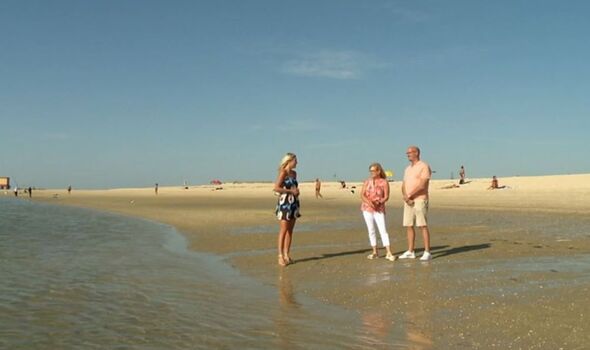 When the time came to sit and reveal to Danni what they had decided, the property expert seemed surprise at their change of heart.

“It was one of the nicest properties we’ve ever seen,” Colin commented.

“We really liked it as you know.” However, after doing some further research the two had decided against making an offer despite previously referring to it as their “dream”. 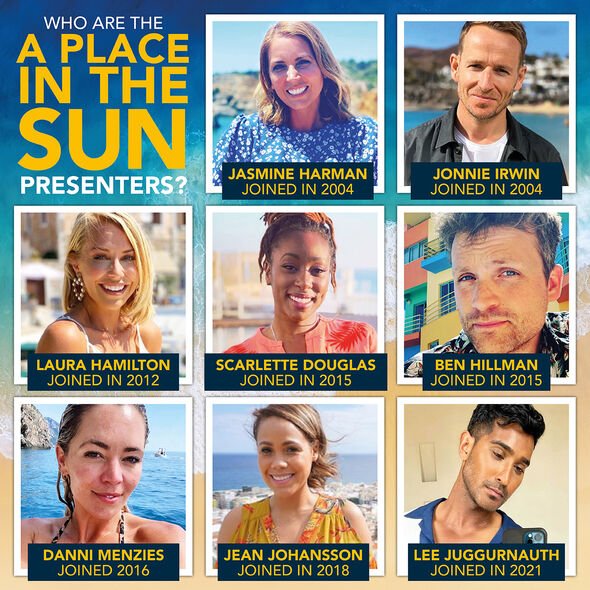 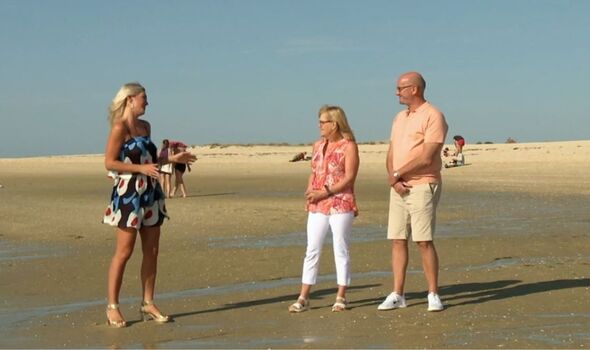 “We’re still thinking about it,” Colin added. “We hope that over the next few weeks we can see a way of getting that over the line.”

“Okay, so we’re not putting in an offer today?” Danni asked, looking confused.

“I don’t think we’ll put in an offer, it wouldn’t be fair to put an offer in,” Colin clarified.

Danni said she’d inform the agent of the couple’s interest but advised them to act fast as the homes they were after were the most desirable.

The couple did eventually make an offer a few days later on the villa which was accepted off-camera.

It didn’t take too long for fans of the show to share their thoughts on the episode though.

“I feel like i’ve had the life sucked out of me today #aplaceinthesun,” admitted @mdbaggy.

@swilliams73 shared: “Oh so they actually went ahead with it. Quite surprised if I’m honest. Couldn’t give less of a s*** though tbh! #aplaceinthesun.” (sic)

A Place in the Sun airs weekdays from 4pm on Channel 4. 29 Apr 21
We are getting majorly amped up for Katie Thurston's season of "The Bachelorette." It's going…
TV & Movies
0