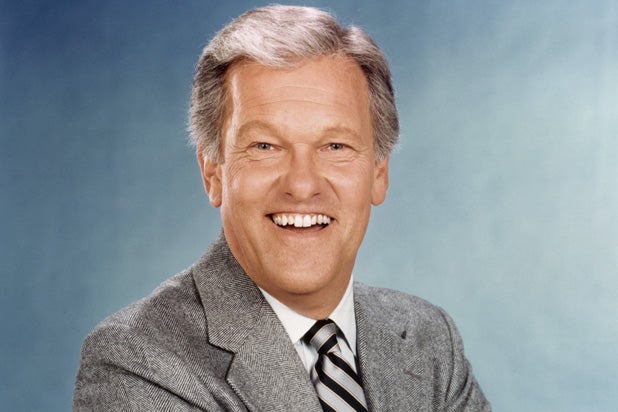 Tom Kennedy, longtime game show host, died this past week at the age of 93, according to a social media post by close friend Steve Beverly.

Born Jim Narz in Louisville, KY, Kennedy got his start in broadcasting via a radio job while study at the University of Missouri. After a decade in radio and a marriage to his college sweetheart Betty Gevedon, he moved to Hollywood and decided to follow in his brother Jack’s footsteps in television. To distinguish himself from his brother, he changed his name to Tom Kennedy and got his start as a game show host in 1958 with the short-lived NBC game show, “The Big Game.”

After several years of jumping from one show to the next, Kennedy got his big break in 1963 with the NBC show “You Don’t Say!,” a “Password”-esque show where contestants try to get a celebrity guest to identify a famous person by giving hints to words that form a part of the person’s name. Kennedy would host the show for six years before going on to several other game shows including ABC’s “Split Second” and the 70s TV adaptation of the radio game show “Name That Tune.”

In the 80s, Kennedy became the new host of “Password Plus” after longtime host Allen Ludden stepped down due to a stomach cancer diagnosis that ultimately claimed his life. He also hosted a syndicated nighttime version of “The Price Is Right” in 1985 and served as a guest panelist on famous game shows like “To Tell The Truth” and “Hollywood Squares.”

Kennedy retired in 1989 and passed away at his home in Oxnard, CA. He is survived by his sister, Mary, along with three children and a granddaughter.

You know when Ariana Grande and The Weeknd are on the same track, nothing is ‘off the table.’ The two...