What Movies Are Playing on Halloween Night 2020 for Freeform's '31 Nights of Halloween?'

Harry Melling girlfriend: Who is the Harry Potter star dating?

The Bachelor franchise has gifted us with a lot of things: a love of red roses, Chris Harrison, influencers, Neil Lane engagement rings, and drama galore.

But, perhaps the most precious gift of all are the Bachelor villains. Love them, hate them, or love to hate them, villains are sometimes what make the show, especially if the lead is as boring as Arie Luyendyk Jr.

Bachelor villains range from the people who are just a little annoying, all the way up to the diabolical and slightly psychotic.

We’ve ranked the top 10 Bachelor villains, and unsurprisingly it was a much easier list to compose than the top 10 best Bachelors (there aren’t a lot of those.) 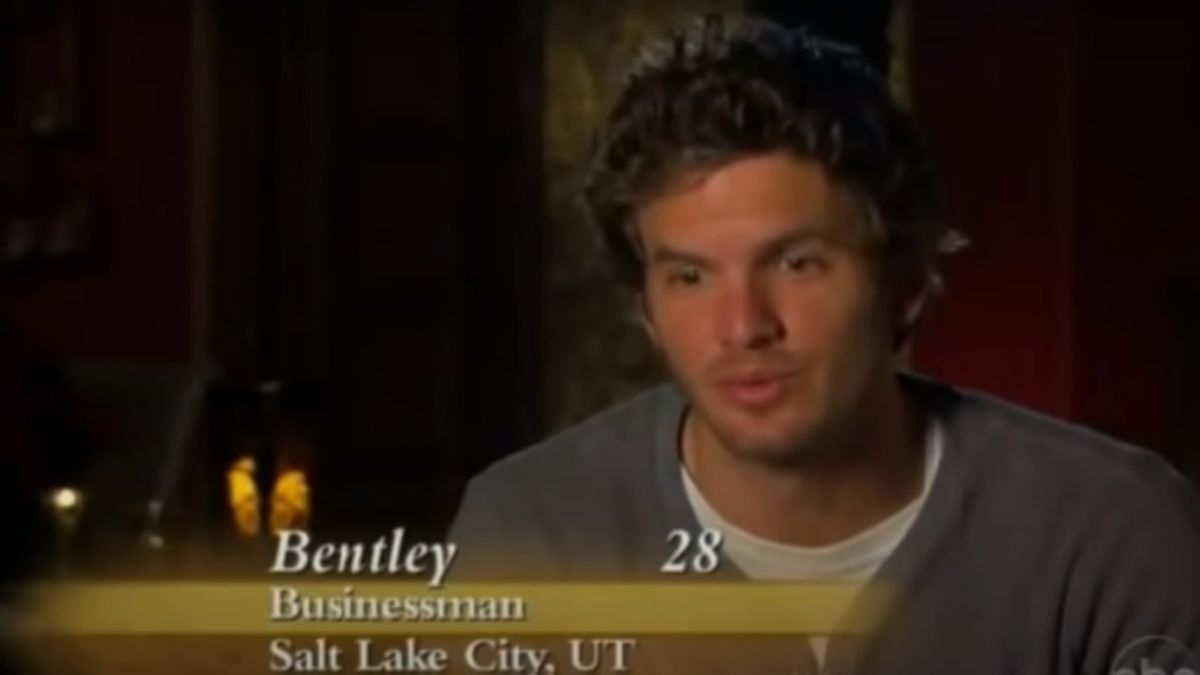 For the younger generations who don’t quite remember, Bentley was a divorced father who came on the show making it very clear he wanted Emily Maynard to be the Bachelorette. The worst part of the whole thing is that Bentley was such a good actor, Ashley was super into him and begged him to stick around!

While many Bachelor villains are simply a victim of editing by producers, Bentley Williams needed no such meddling. Describing him in detail could take years and a whole lot of Freudian intelligence, so we’ll grace you with a couple of his most despicable quotes instead.

“I came in thinking that Ashley was not attractive at all. I’m not feeling it. … I’m gonna make Ashley cry. I hope my hair looks OK.”

“Can we just bag this and go play blackjack? … It’s almost like the game’s over before we even push the start button. Like, let’s not even play.” 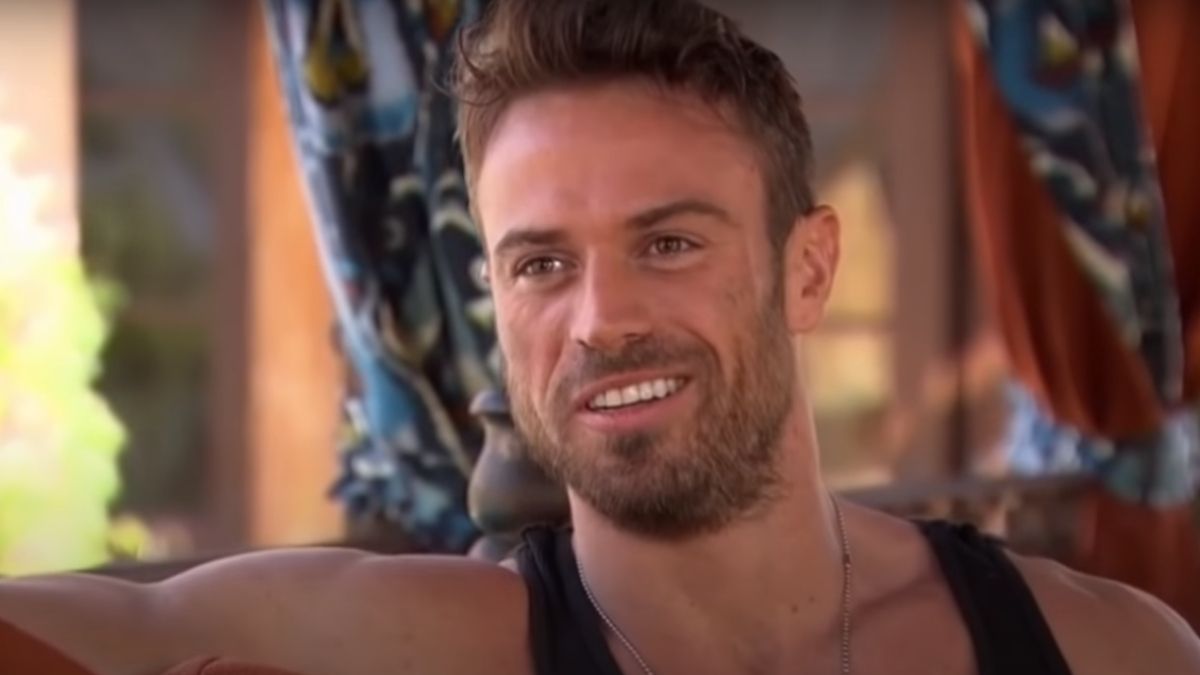 In Bachelor Nation, picking on Chris Harrison is a crime akin to kicking a puppy. After a stint on Jojo Fletcher’s season on The Bachelorette, Chad Johnson’s name was forever ingrained at the top of the Bachelor Nation wall of infamous villains.

He was abrasive, aggressive, angry and every other word that describes a nuclear explosion or a really bad STD.

Not only did Chad explode on Chris Harrison when he appeared on Bachelor in Paradise, he was later papped wearing a t-shirt that said “F**k you Chris Harrison.”

His anger has clearly caused problems in his personal life as well, leading to a domestic violence arrest after an argument with ex-girlfriend Annalise Mishler. 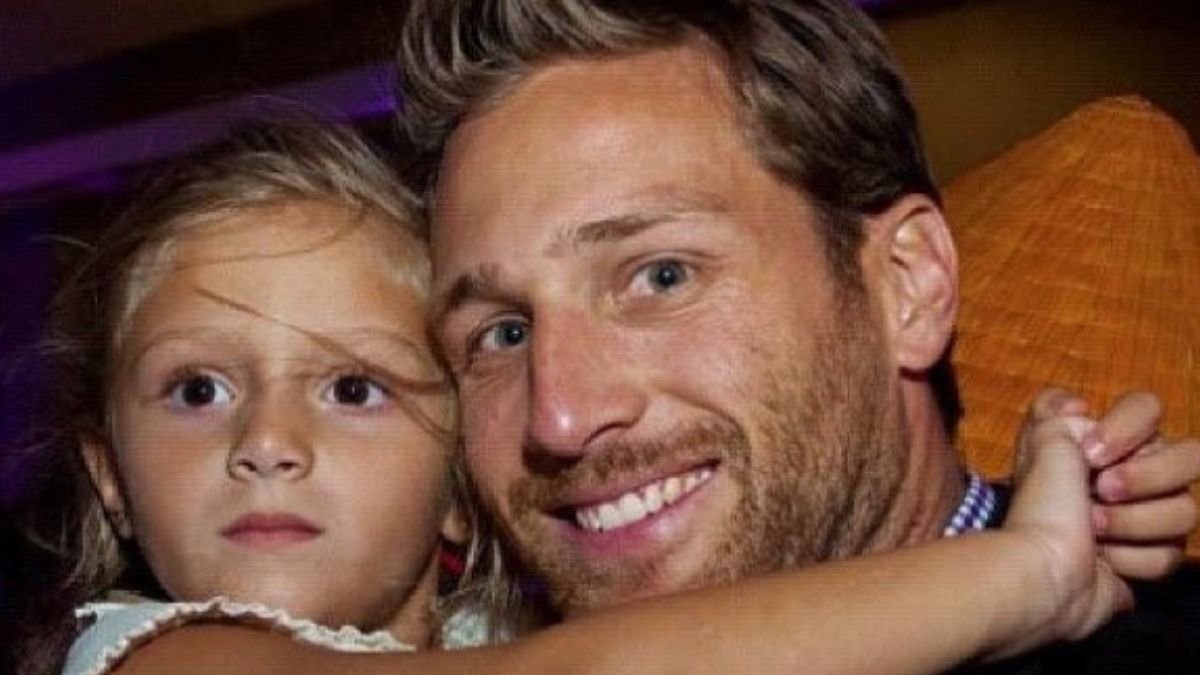 Juan Pablo ‘eees okay’ Galavis originally captured the hearts of Bachelor Nation when he sauntered on to Desiree Hartsock’s season of The Bachelorette.

His sexy foreign accent made audiences drool, and producers must have thought they found the perfect guy when they named him as the next Bachelor. Unfortunately, his personality came out and things went downhill all season long.

Things really took a turn for the worse during Fantasy Suites when Andi Dorfman voluntarily left the show after being subjected to just one night with the guy.

In her book, It’s Not Okay: Turning Heartbreak into Happily Never After,  Andi wrote about her night with the former soccer player. She dished, “He blasted Ray Jay and R. Kelly all night long and showed me dozens of videos of his old soccer highlights on YouTube. ”

R. Kelly? Can someone please let Juan Pabs in on what year it is?

Of course, that whole terrible season led us to the next Bachelorette Clare Crawley (at least until Taysia Adams replaces her.) 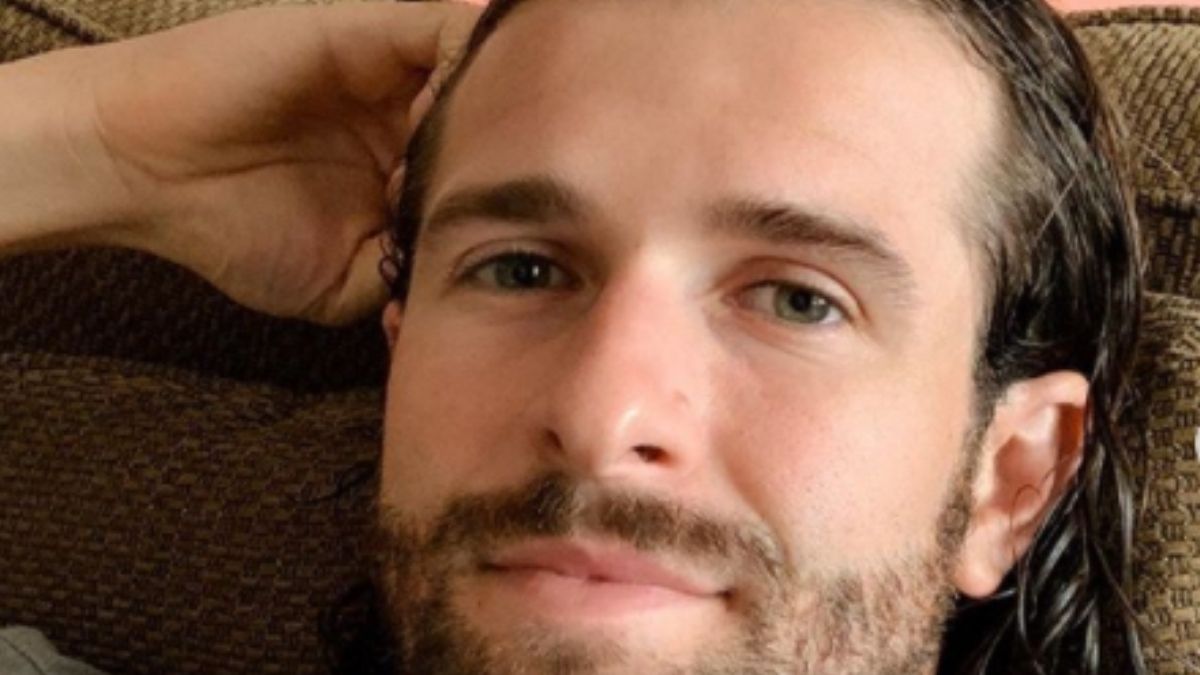 Jed Wyatt did the unthinkable in Bachelor Nation when he appeared on Hannah Brown’s season of The Bachelorette: he left a girlfriend back home.

Not only that, but he broke an even bigger Bachelor Nation taboo by going on the show to further his singing career. (Although, let’s be honest, he wasn’t the first country singer to do this, he was just the only one to make it to the finale.)

All season long, viewers were pining for the hunky Tyler Cameron, going absolutely bananas when Hannah chose Jed Wyatt instead. Boxed wine and choice expletives were thrown at television screens when Hannah chose the Nashville musician with the tiny head.

Unsurprisingly, viewers were treated to the dramatic breakup between the pair onscreen (which had major echoes of the Arie Luyendyk Jr. and Becca Kufrin split.)

Jed was publicly shamed, while the girlfriend he left back home did multiple interviews, dropping salacious details to media outlets before the finale even aired. 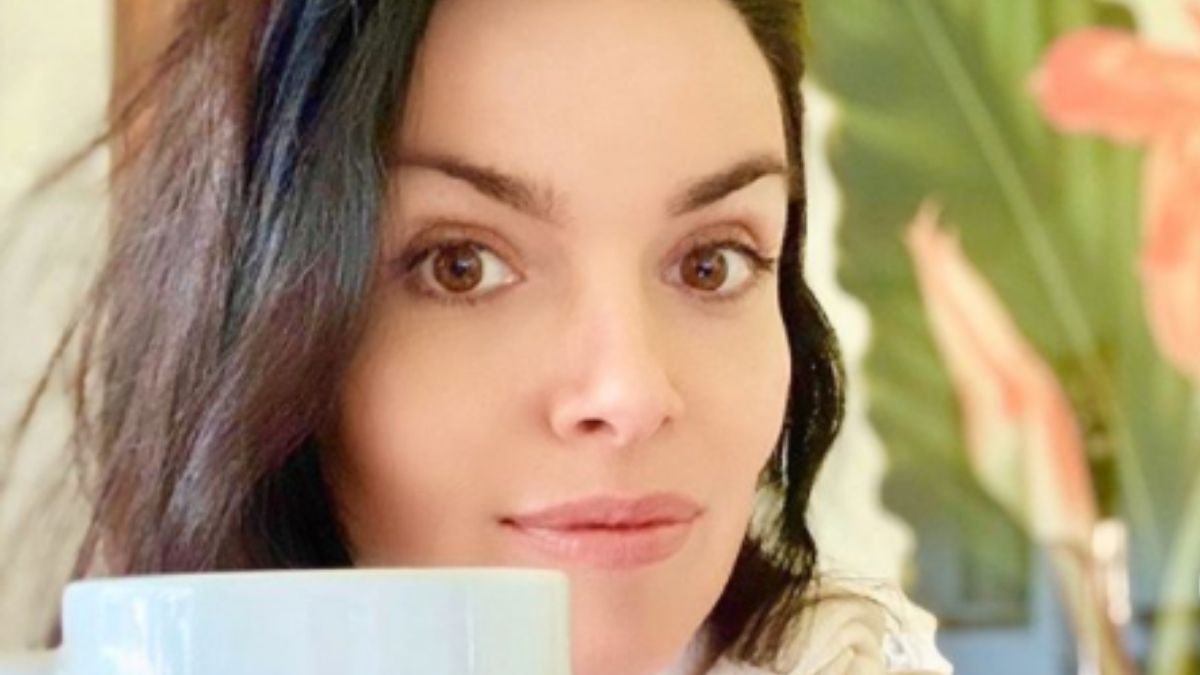 Courtney Robertson was made by God to be a Bachelor franchise villain. Some people are born to be nuns, some are meant to be teachers, and some people were put on this Earth to be reality TV bad guys. Courtney was simply fulfilling her destiny.

When the model stepped onto our television screens on Ben Flajnik’s season of The Bachelor, viewers weren’t sure if they should love her or hate her (that is literally the perfect recipe for a Bachelor Nation villain.)

Courtney Robertson was vicious when it came to slamming the other girls during confessionals and definitely wasn’t there to make friends. Yet, she was pretty funny and seemed as if she was actually there to date Ben Flajnik.

Courtney later wrote a tell-all book, entitled, I Didn’t Come Here to Make Friends: Confessions of a Reality Show Villain, and many fans of the show considered it a major guilty pleasure read.

Not only did she let us in on the fact that she and Ben Flajnik had sex in the ocean on camera (just the tip though, poor guy) but she dropped this hysterical quote about his hair: “When Ben arrived, he was having a bad hair day. He looked like Francine from those Arthur cartoons on PBS, and yet I was still very attracted to him.” 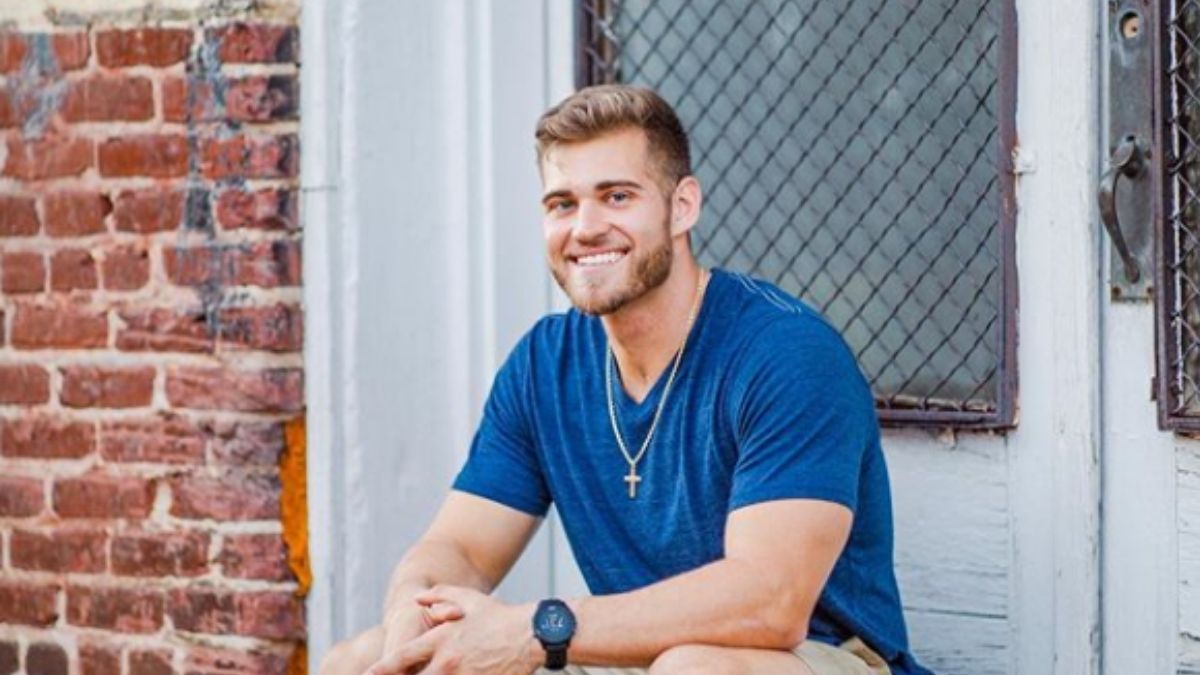 Luke Parker once again brought religion, morality, and virginity into the Bachelor Nation conversation when he appeared on Hannah Brown’s season of The Bachelorette.

Luke Parker is no loveable virgin like Colton Underwood however, and he took his stance on pre-marital sex to the next level.

Despite the mountain of red flags that piled on top of Hannah Brown, she still brought Luke Parker to the Fantasy Suite portion of the show. Unfortunately for him, they didn’t make it past dinner.

The pair engaged in a conversation that was debated on multiple media outlets. Luke asked her if she was intimate on her dates with the other contestants, and claimed he wanted to leave if that was the case.

Many viewers sided with Hannah and claimed Luke was slut shaming her. However, other viewers were on Luke’s side and claimed he was within his rights to practice his faith.

Whoever you sided with, Luke was just too obsessive and controlling for most viewers. 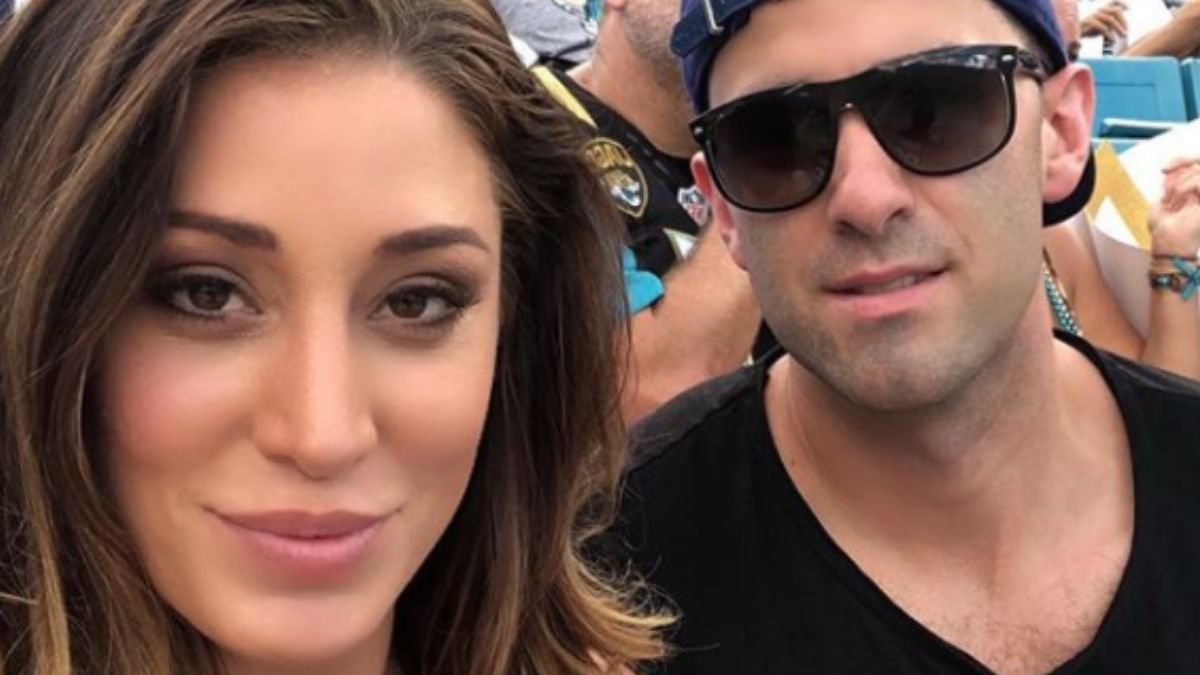 Vienna Girardi and Jake Pavelka had the mother of all breakups on The Bachelor, setting a precedent for onscreen splits.

By the end of the uncomfortable, awkward, cringe worthy, train wreck of a conversation, most viewers thought the pair deserved each other.

But, before that onscreen breakup between a volcano and an iceberg, Vienna was the villain of the house. It was a classic case of the girls being angry at Vienna for stepping on toes in order to get to Jake, and him liking her the most.

This lead a lot of the other contestants to complain to Jake about Vienna, though it was not enough in the end. Bet he wishes he had listened to other opinions sooner!

The dramatic pair were later cast on The Bachelor Pad where Vienna cried a lot and Jake proceeded to show more creepy, stoic behavior.

In 2019, Vienna sat down with ET’s Lauren Zima and reflected on her tune on the show. She claimed runner-up Tenley Molzahn was so “sweet and innocent” which made her the villain. Vienna also said she had never even watched the show, and had no idea what she was getting herself into. 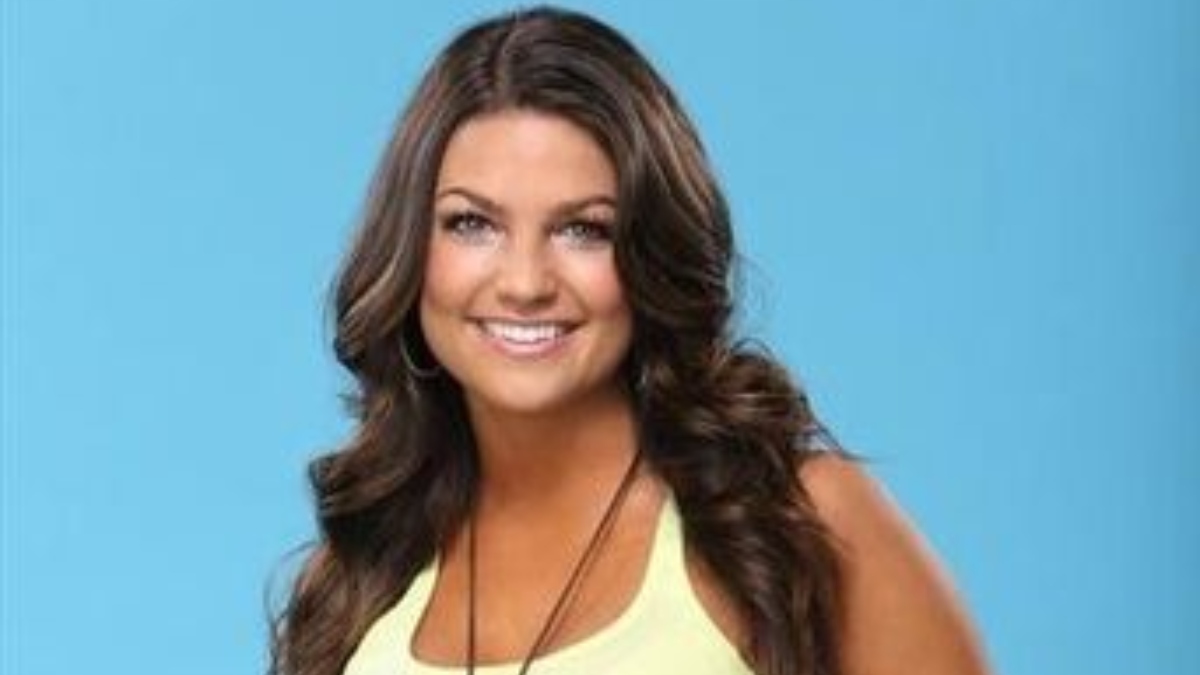 Tierra Licausi was the kind of villain you loved to hate and most of the time viewers just laughed at her antics. It’s very possible she was a product of a generation that was always told how special they are.

Her cry face was better than Kim Kardashian’s, and viewers were on the edge of their seats just waiting for what might set her off next.

Of course, we couldn’t mention Tierra without talking about her “sparkle” because nobody was going to take that away!

She was the Queen of one liners, making us wish she had appeared on the show when Instagram and memes were more popular. Who didn’t snort wine out of their nose when she exclaimed, “I can’t control my eyebrows!” 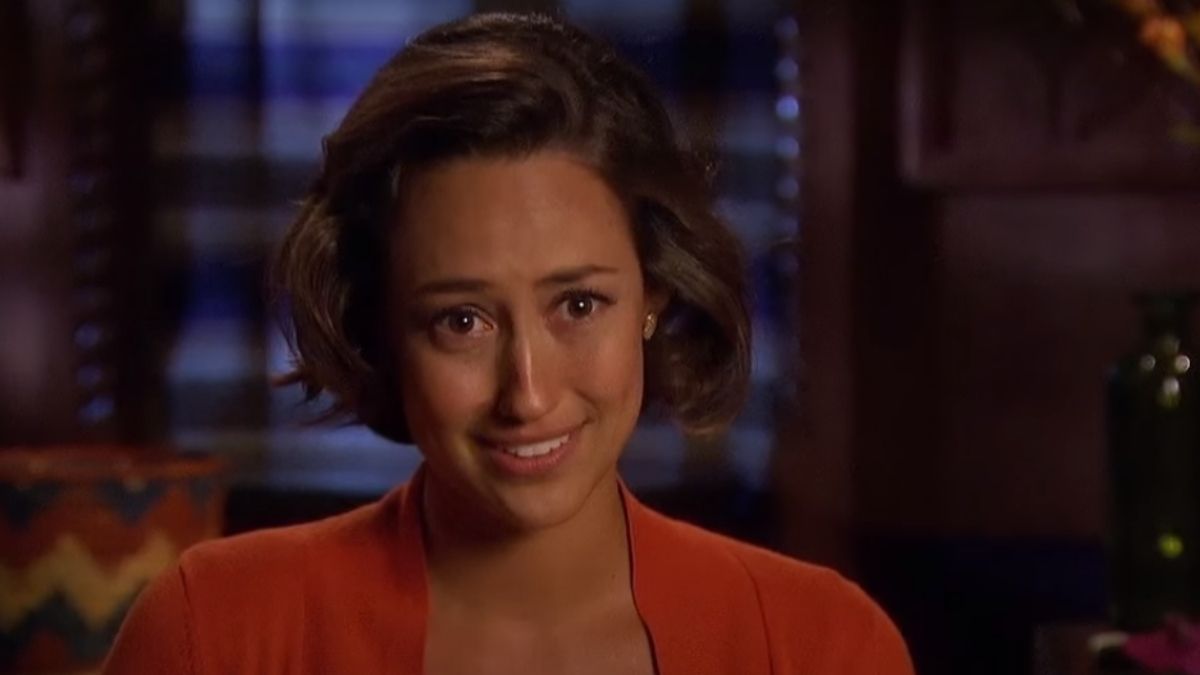 Kelsey Poe was one of those villains that was so delusional. you actually wondered if producers had planted her in the mix for some drama.

While appearing on Chris Soules’ season of The Bachelor, Kelsey told a really upsetting story about losing her husband.

She went on and on about how “amazing” her story was. You know, the story about her being a widow and all.

Not only was she absolutely nuts, but she talked down to the other girls and even faked a panic attack to get more time with Chris. (Anyone hearing the Twilight theme song in their head right about now?) 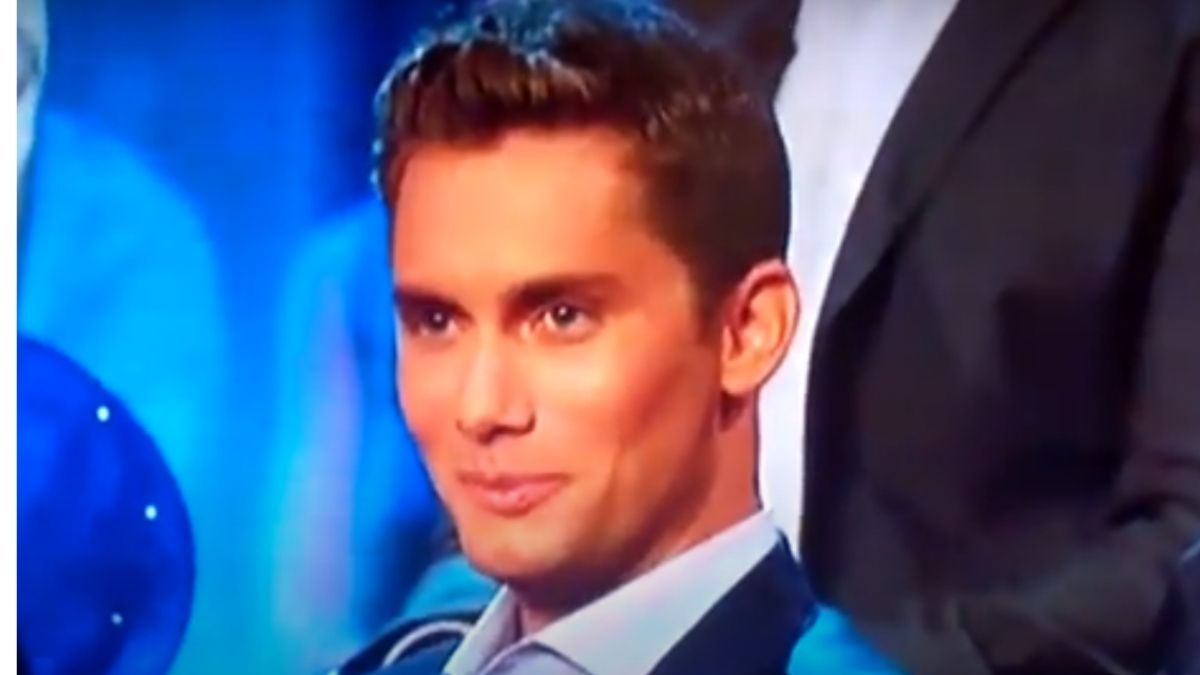 Emily Maynard’s season of The Bachelorette was quite a while ago, but any Bachelor Nation fan will remember one thing about Kalon McMahon: he called Emily’s daughter “baggage.”

When Emily heard this, she understandably went full on mama bear and told Kalon to “get the f**k out.” She absolutely saw through all the red flags that the guys on her season threw up (Hannah Brown could learn a thing or two!)

One of Kalon’s worst quotes on the show? Telling Emily, “I love it when you talk, but I wish you’d let me finish.”

Oh man (or shall we say boy?), Kalon was the definition of a condescending slimeball.

From 1st Rose to Forever? Clare and Dale's Relationship Timeline So Far