Chloe Sims revealed her real skin in an online make-up tutorial after admitting she wanted to tone down her appearance to feel more confident.

The TOWIE star, 38, recently had filler removed from her face to look more 'natural.' 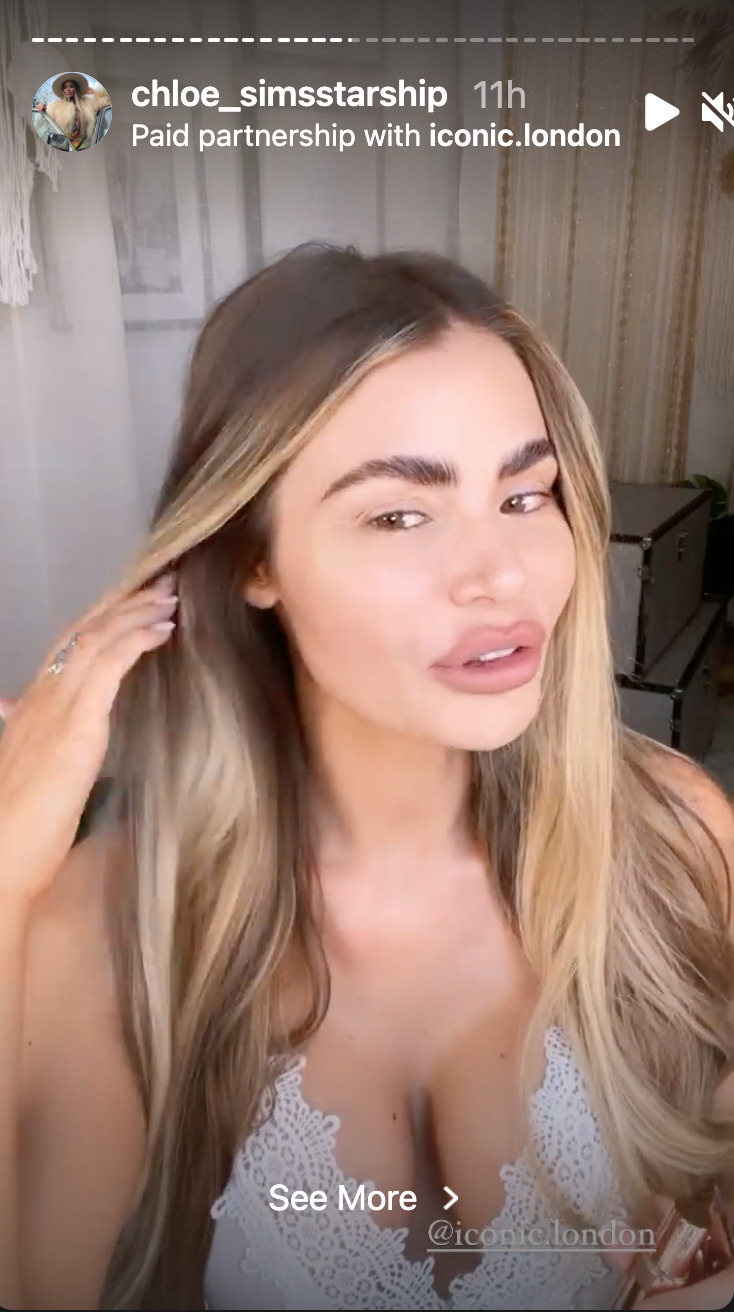 On Sunday she shared a make-up tutorial which she began bare-faced on her Instagram Stories to her 1.2 million followers.

The mother-of-one showed her real complexion in the clips before applying her make-up for a day out with her sisters, Demi and Frankie.

They went out for a fun-filled lunch at a London rooftop and shared their afternoon of cocktails and dancing on social media.

The Essex native wore bronzer, eyeshadow and blusher as well as brushing up her brows and her false lashes. 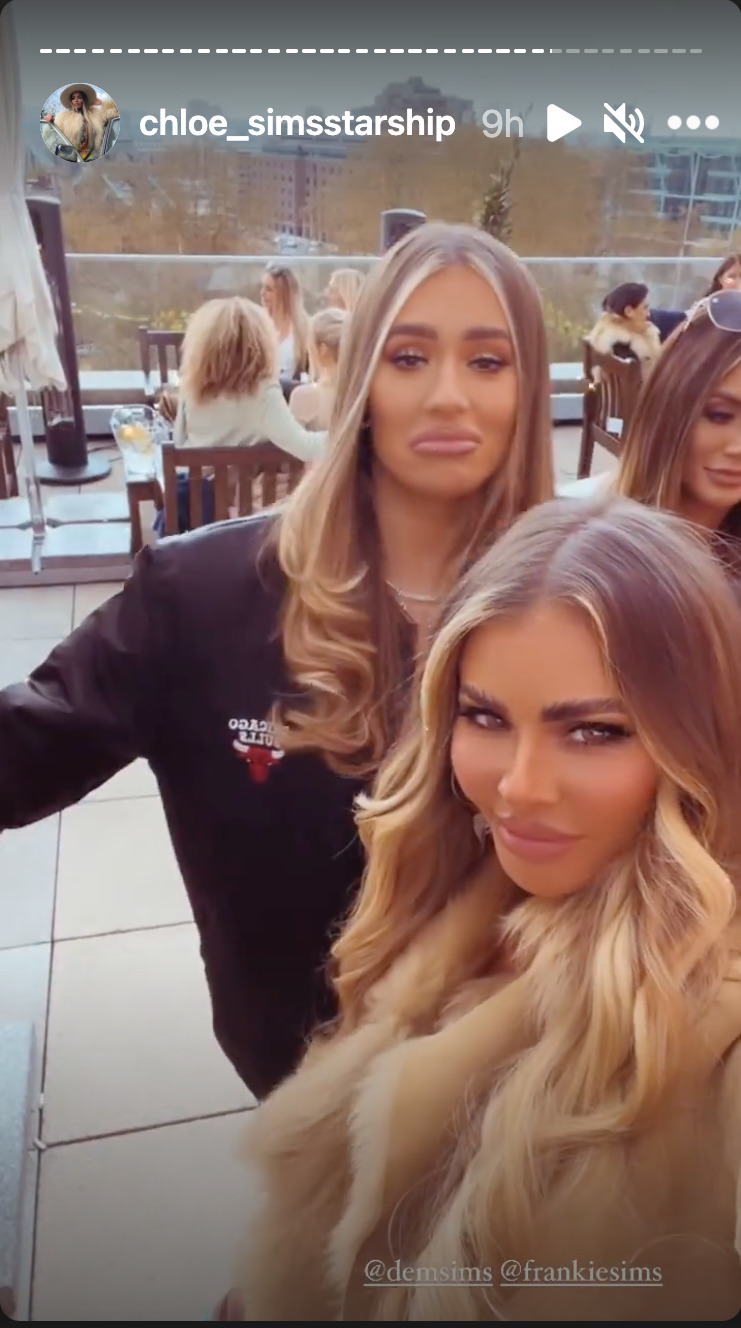 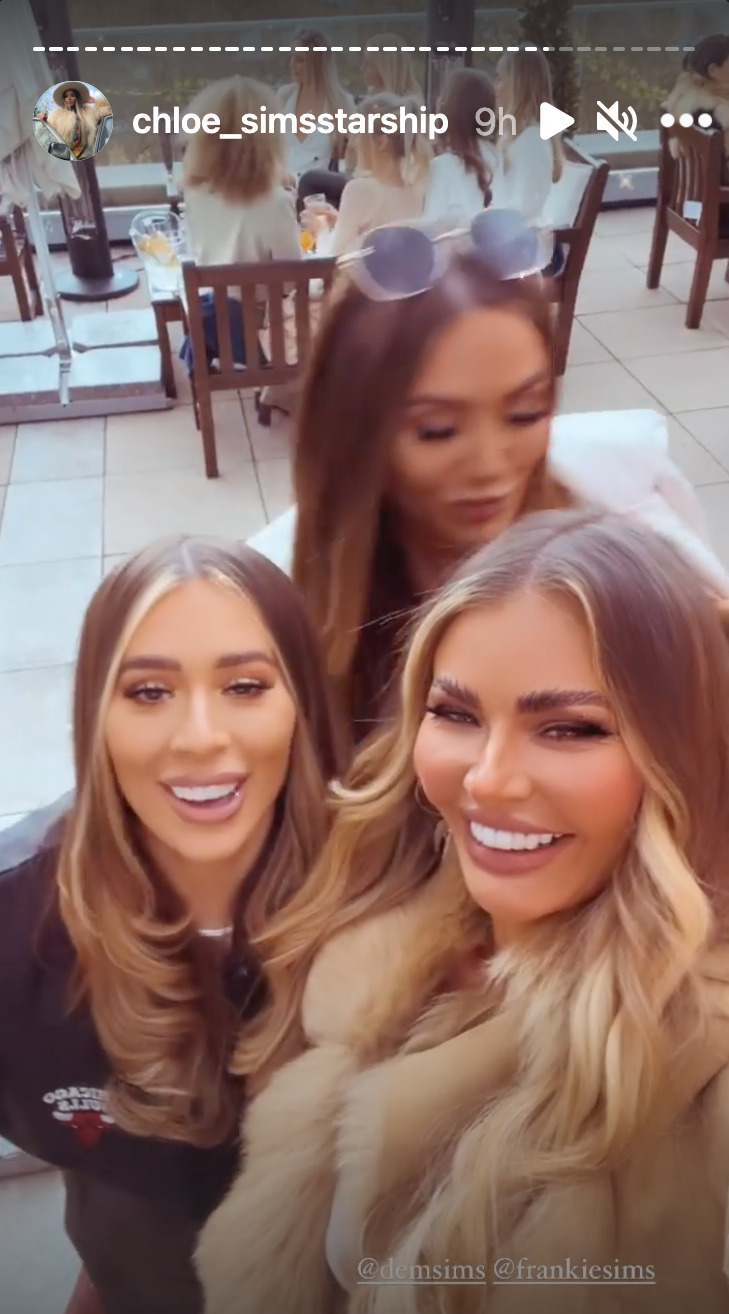 Revealing she was going for a more natural look she shared her progress on Instagram, uploading three selfies of her changed face with her pout decreasing in size after every clinic trip.

"So I decided to remove my fillers… the first photo is before, the second is without filler and the third is my more natural look…" she said.

"I'm really happy that I've toned it all down and as you know I think it's important, to be honest with things like this. It's my personal choice and that makes me feel confident. Thanks, Vogue Aesthetics." she added.

Chloe has had botox and fillers injected into her face for years and has previously been vocal about trolls but in December the former Playboy bunny addressed claims she'd had surgery to change her bone structure after sharing a picture of her teenage self. 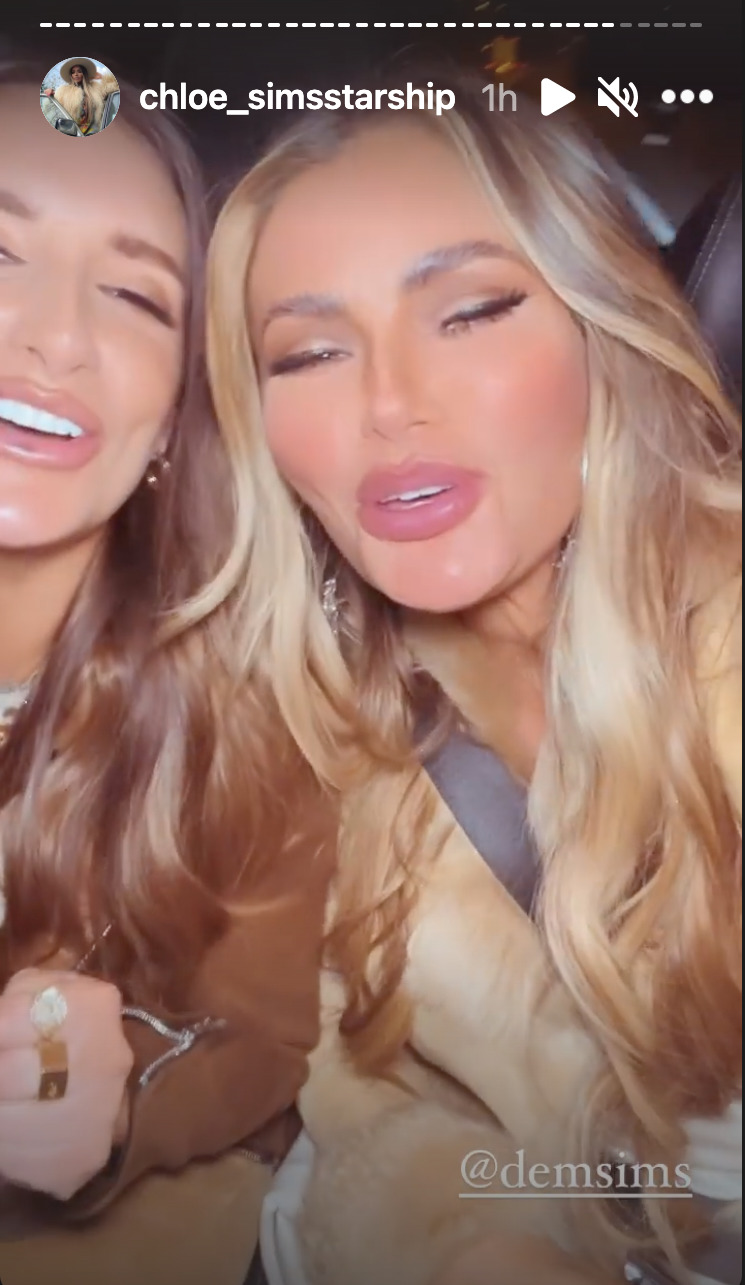 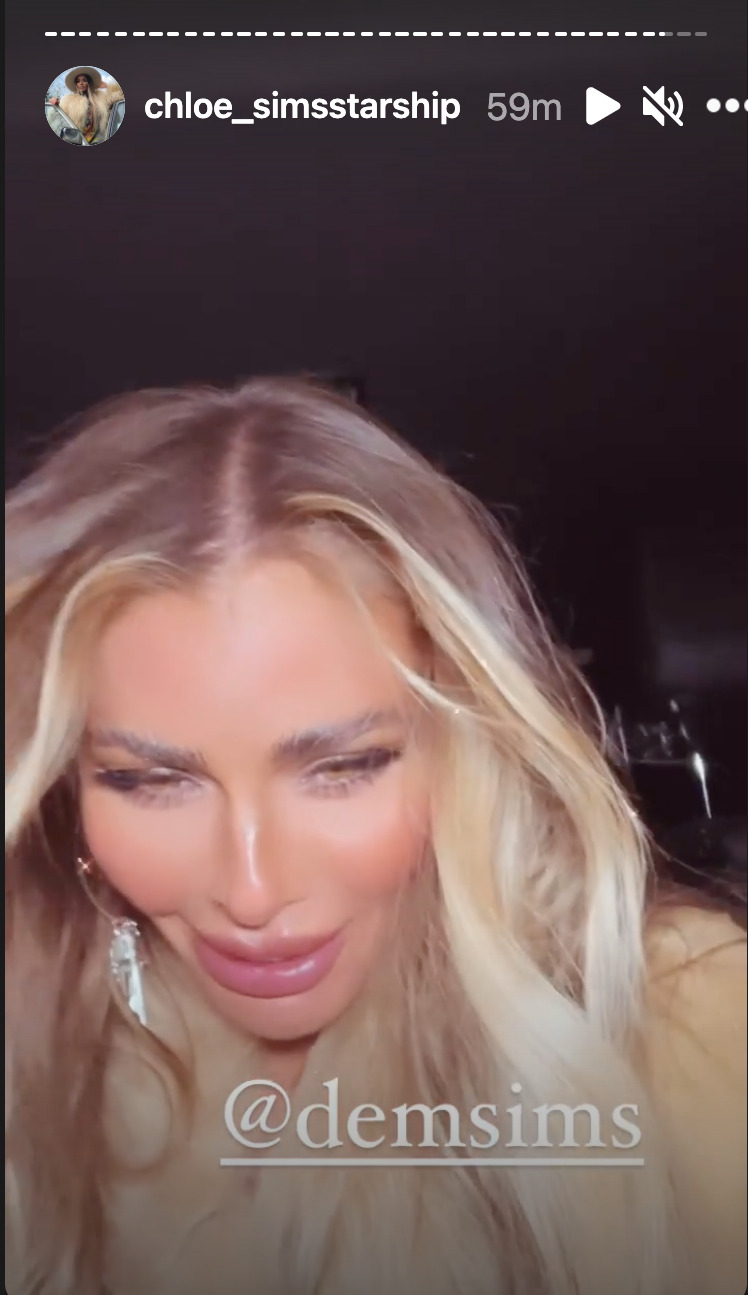 It was on The Only Way Is Essexmas Christmas special as well as pictures of Chloe in her modelling days with 1990s crispy curls and makeup.

Fans however, were unconvinced by Chloe's claims she's never gone under the knife on her face, as many pointing out how different she looks now.

On her Instagram Story she told "thick" trolls she'd disown them if they were her relatives. 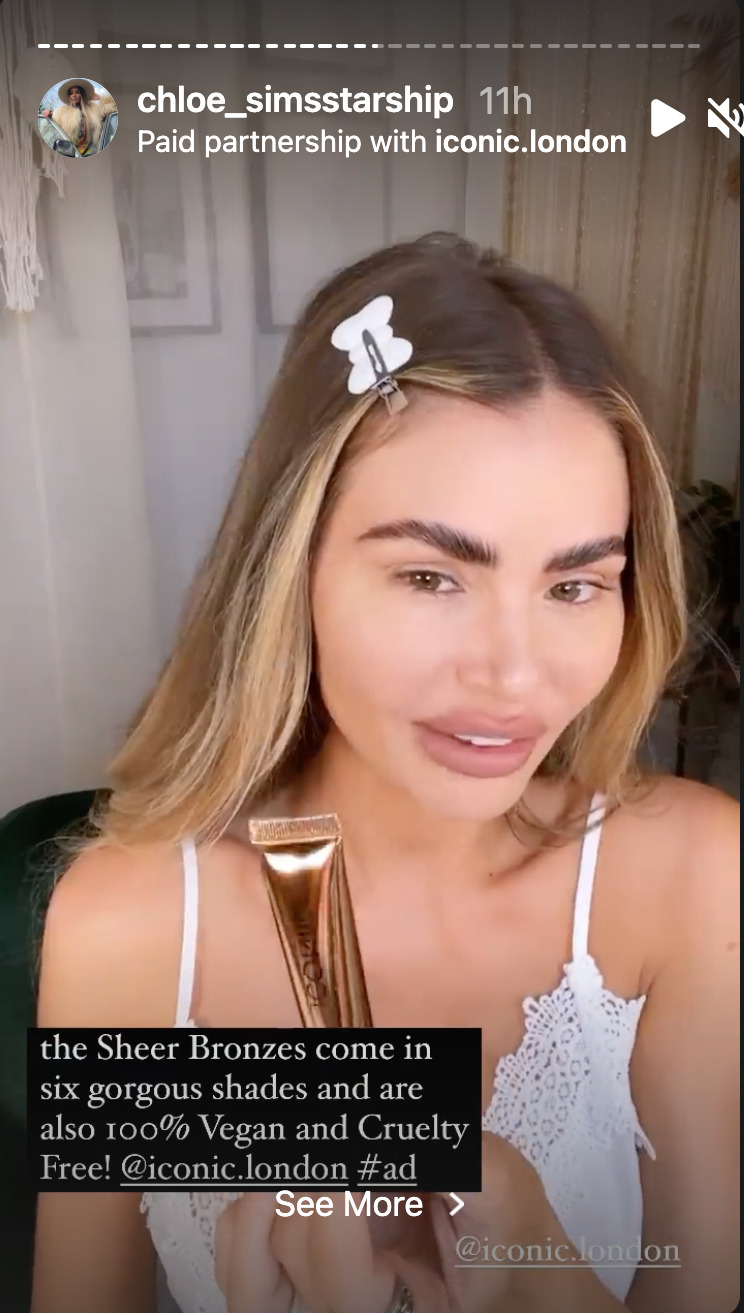 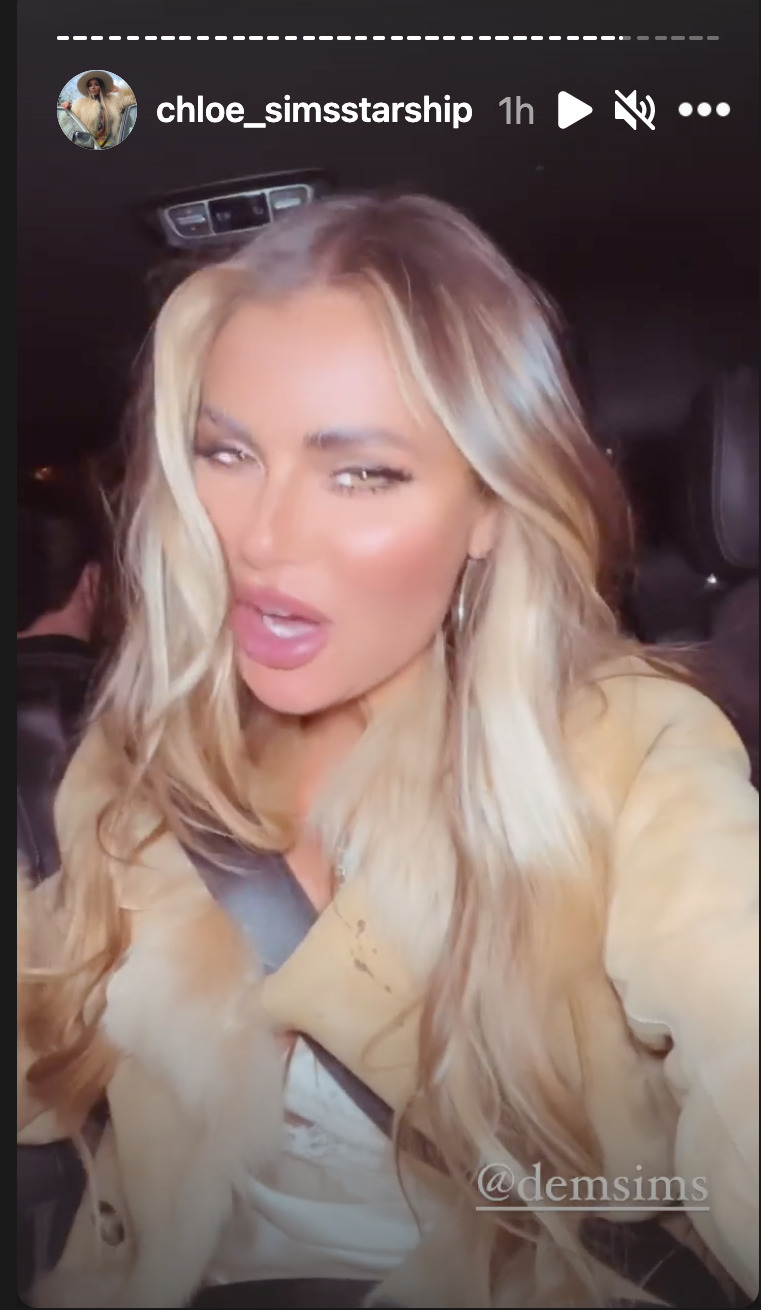 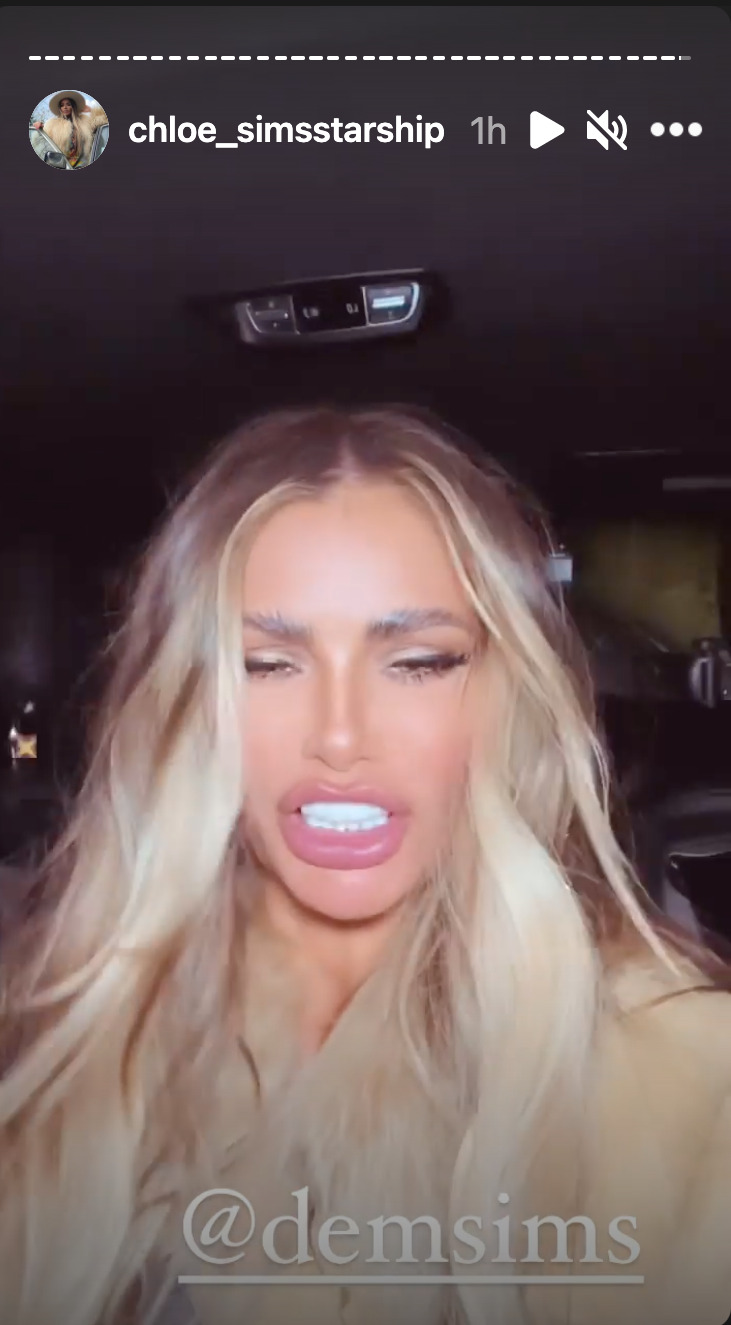 "I've just had to delete some comments on my social media." She said.

"How many times can I say I haven't had surgery on my face?"

She continued: "Surgery is changing the structure of your bones in your face."

"I've had cosmetic treatments, yes, but that's not surgery." 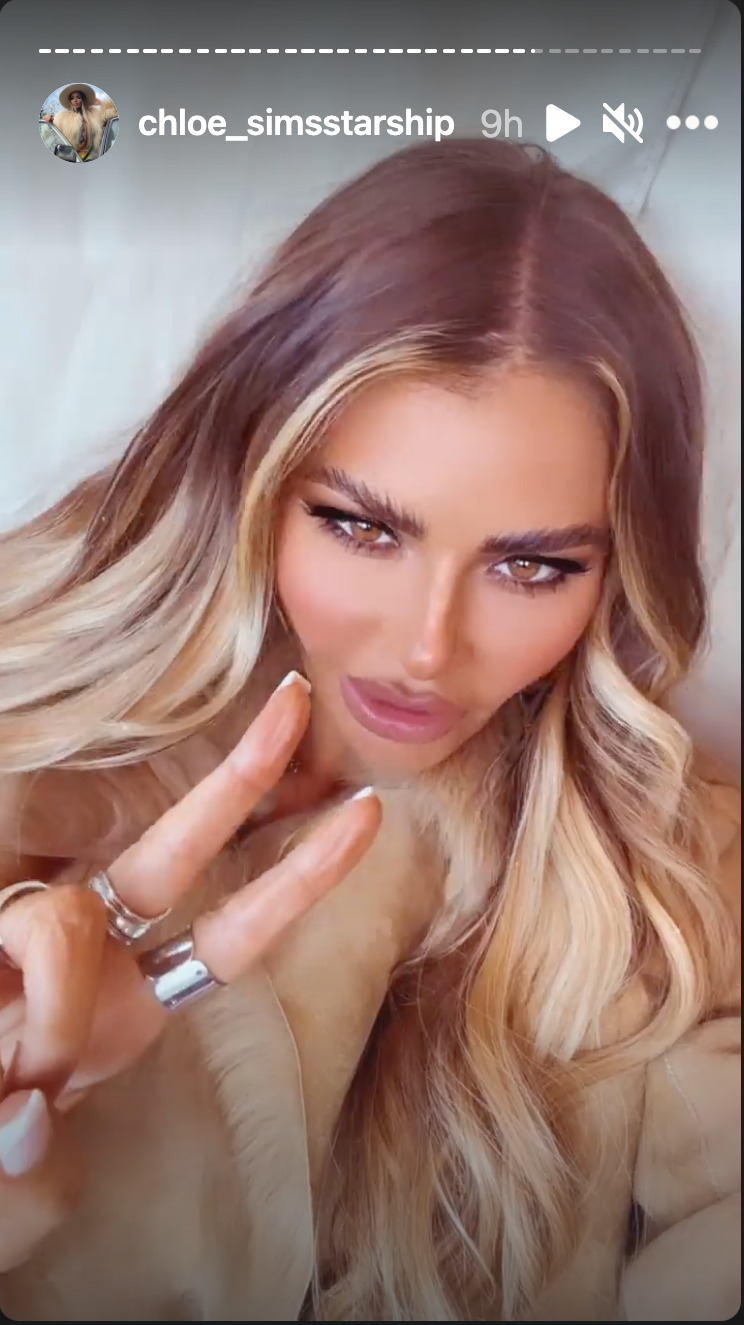 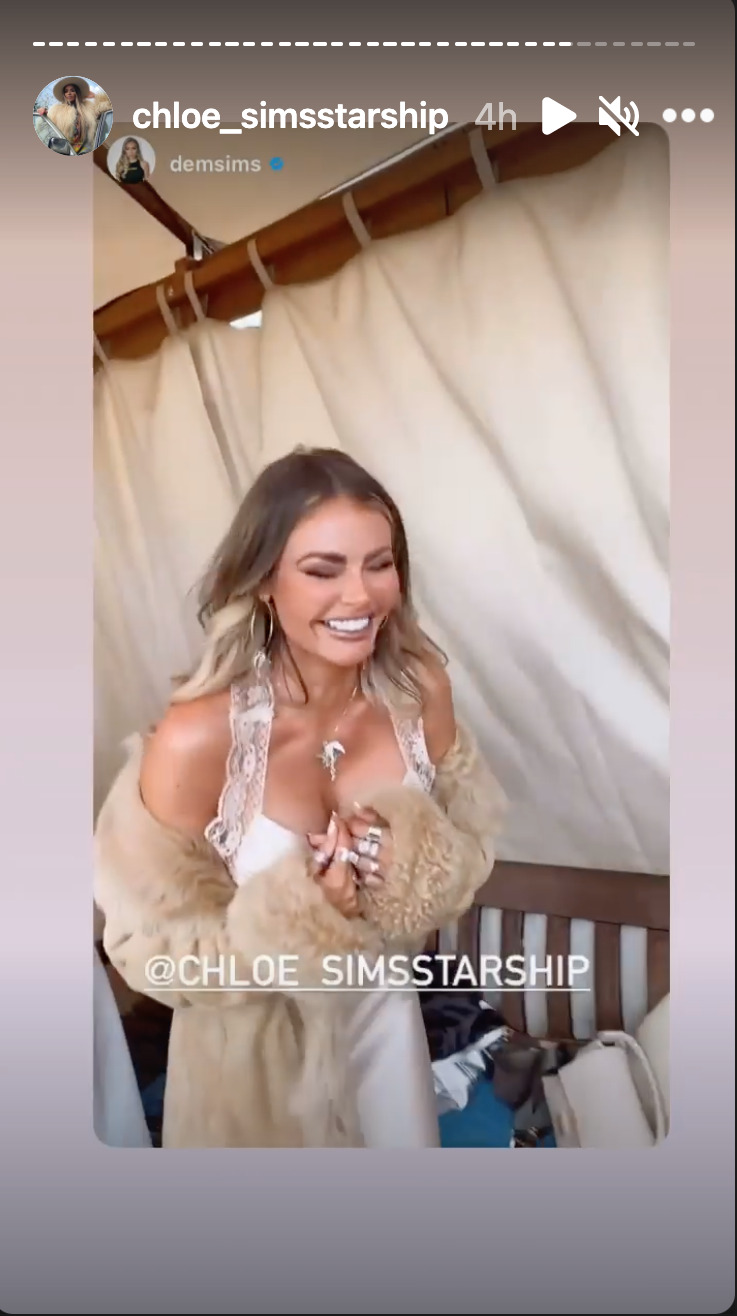 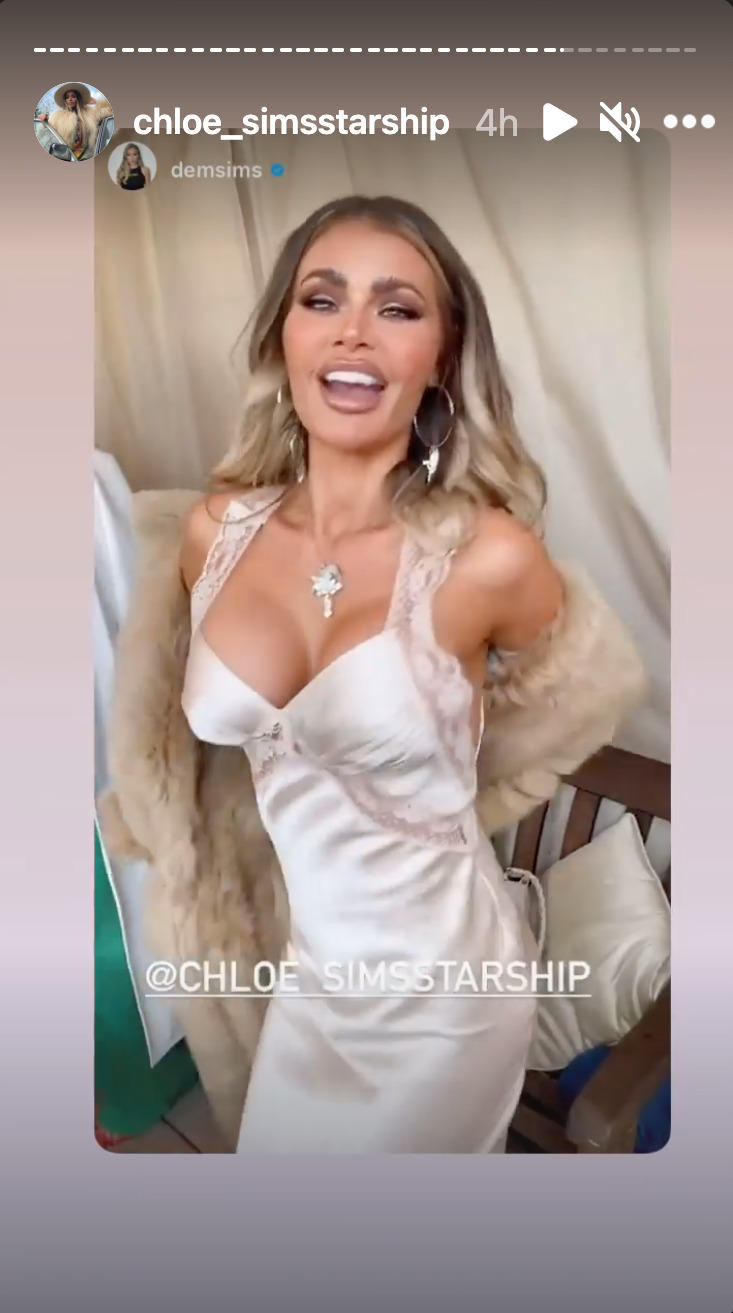 Chloe has spoken about the plastic surgery she's already had on her body, such as two boob jobs to go from a 34B to a 34EE, and two Brazilian butt lifts to round out her bum.

She has also had veneers to replace her natural smile.

However, she has repeatedly denied facial surgery, including a nose job and chin implants, claiming her changing face is solely due to fillers.

"People keep going 'she needs to get her mental health checked, she's had too much plastic surgery on her face." Chloe ranted.

"Then one woman goes 'you've had too much Botox you can't move your lips.” 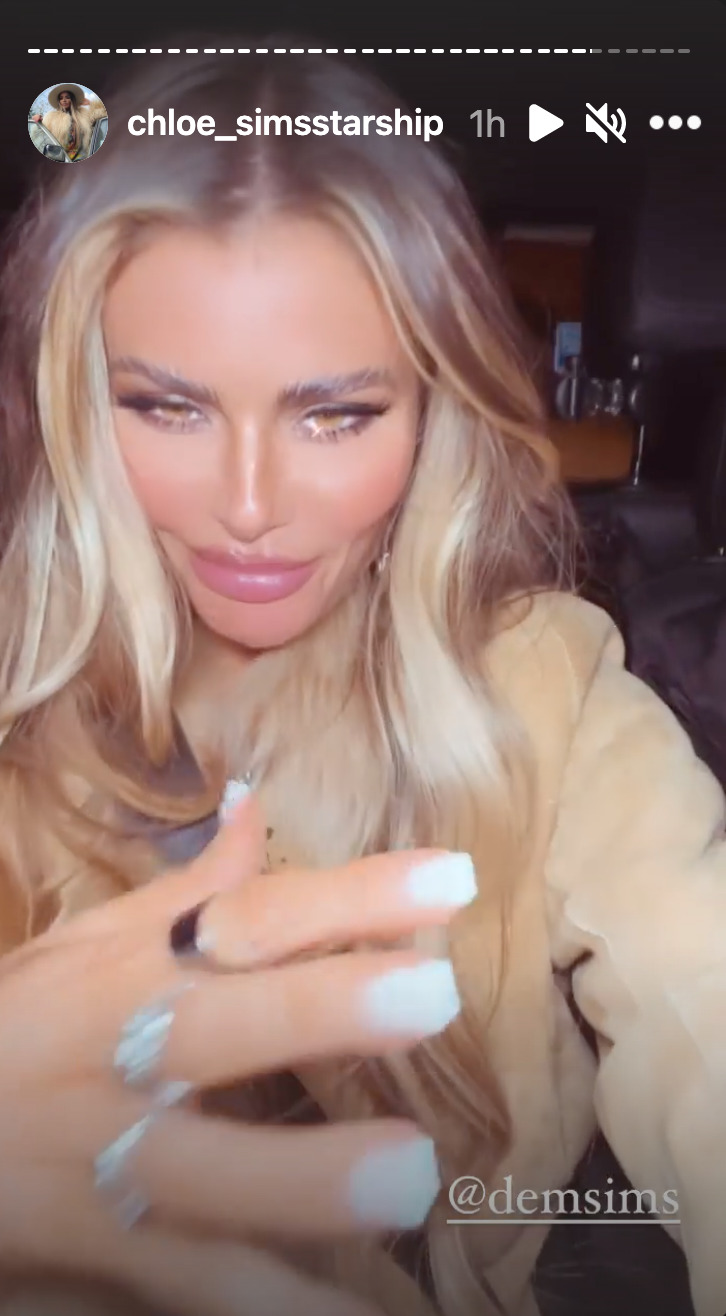 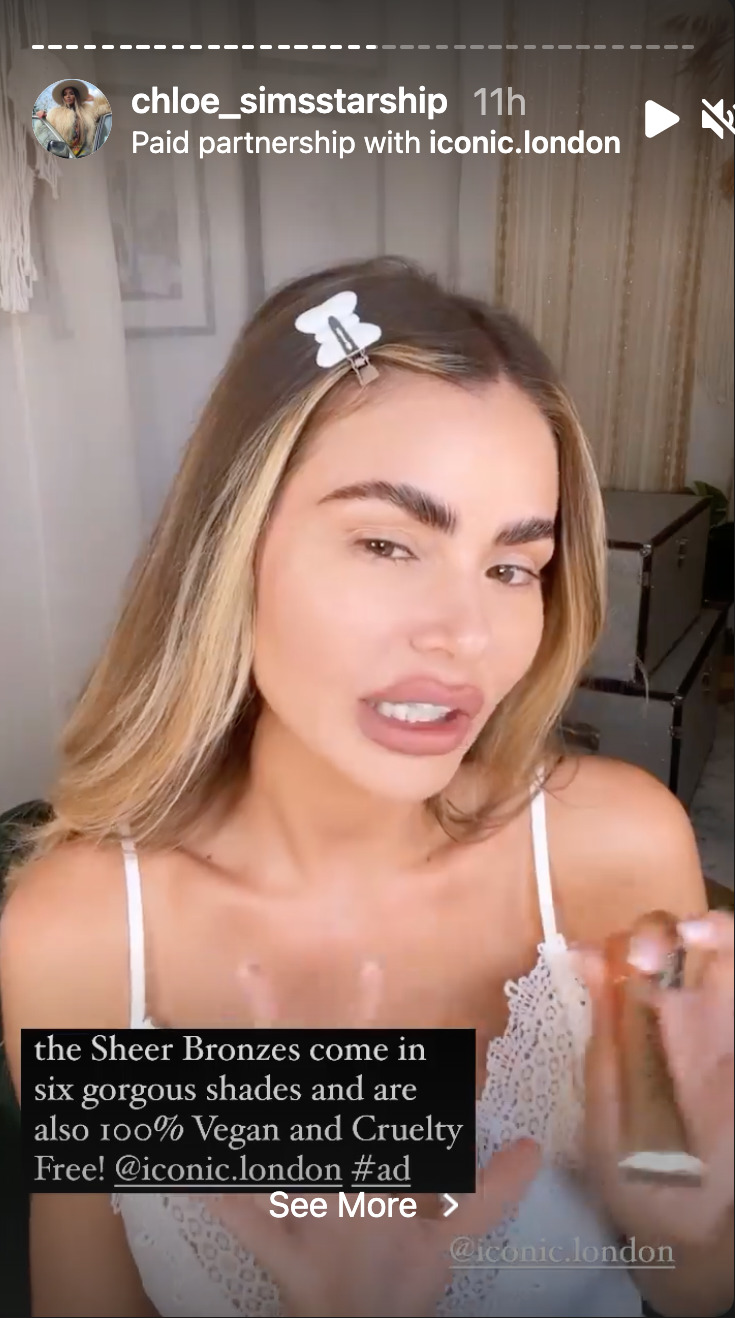 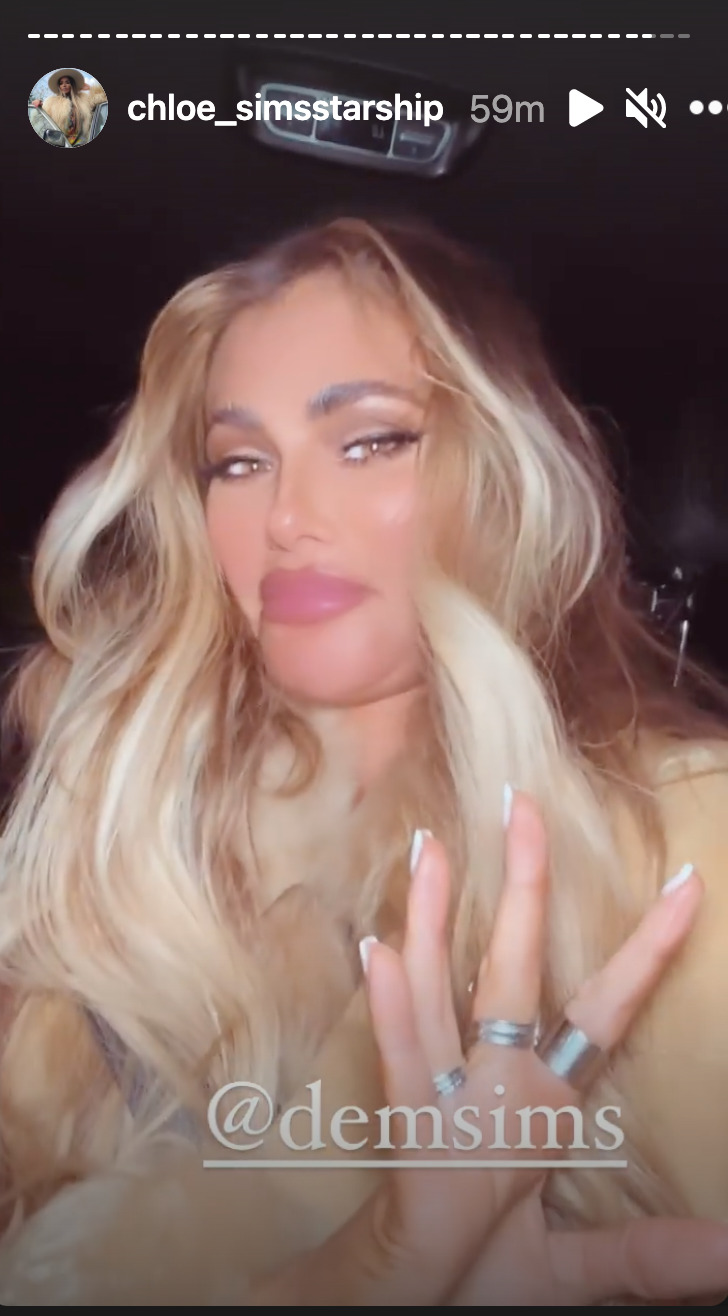 She added: "How embarrassing. If that was one of my relatives I would disown them.