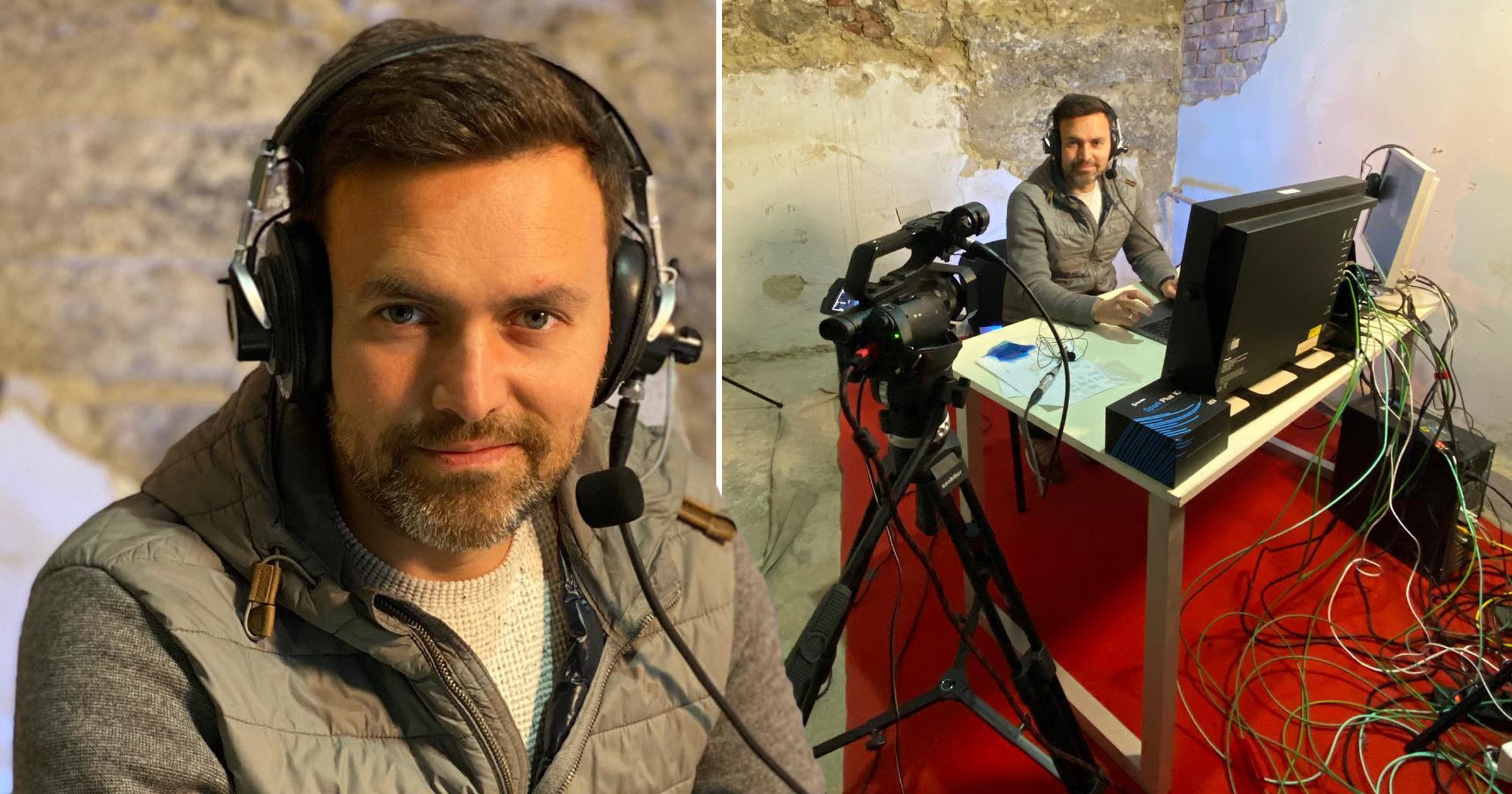 Kalush, consisting of frontman Oleh Psyuk, multi-instrumentalist Ihor Didenchuk, and dancer Vlad Kurochka, were favourite to win the contest this year after wowing voters with their popular track.

As they were crowned winners, Timur Miroshnychenko, who had been providing live commentary for Ukrainians from an underground bunker in the war-torn country, had a particularly heartfelt reaction to the news.

In a video clip, Timur is seen with his hands on top of his head before becoming increasingly emotional and breaking down in tears while reportedly vowing that Ukraine will win the war against Russia like Kalush has won Eurovision.

Activist and political expert Kateryna Kruk tweeted alongside the powerful footage: ‘Ukraine’s commentator can’t stop his tears when he says we will win the war just as we won #Eurovision. 12 Oct 21
Melissa Gilbert was nine years old when she started Little House on the Prairie. A…
TV & Movies
0