National Geographic Presents: Impact With Gal Gadot is an all-new docuseries focusing on real-life wonder women from all around the world. Ahead of its April premiere, ET has the exclusive new trailer, showing just how inspiring — and impactful — each of their journeys are.

As the trailer shows, while each woman comes from a very different background — Brazil, Puerto Rico, Michigan, California, Louisiana and Tennessee — they are all connected by their unwavering spirit and determination to better not only themselves but also the people around them.

For Arianna, that’s leading a team of college students who invented a water filtration system and are giving the people of Puerto Rico access to clean drinking water, while Kayla has dedicated her life to helping homeless transgender women of color in Memphis, Tennessee.

In Detroit, figure skater Kameryn spends her days coaching young girls of color on and off the ice as Kelsey uses her passion for surfing to help people through grief and trauma.

And as the first female chief of her southern Louisiana tribe, Shirell is trying to protect her community from becoming the first climate refugees, while Tuany leads a dance company for girls living in one of Rio De Janeiro’s most dangerous favelas. 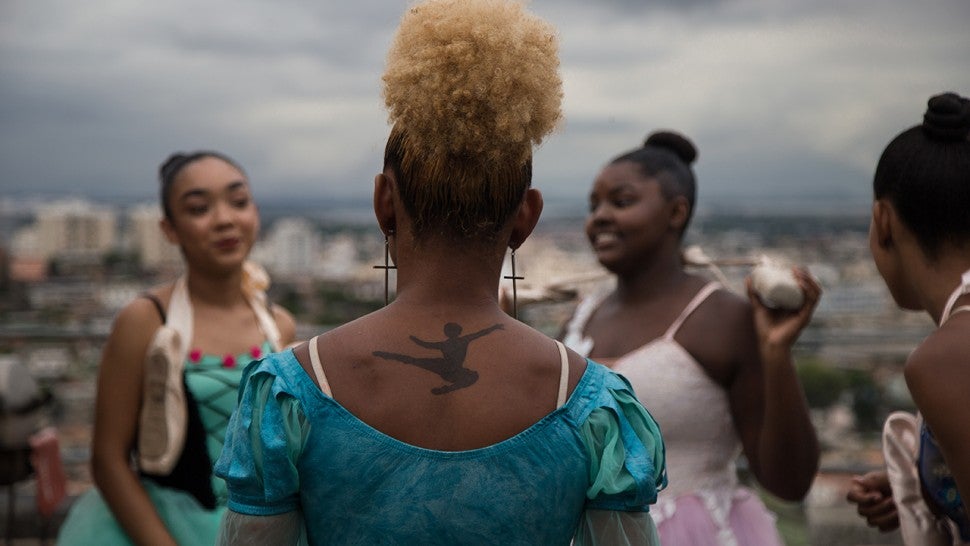 While the series is focused on a few specific stories, Gadot revealed to ET and a group of reporters earlier this year that “there’s endless stories to tell.” It was just a matter of finding the most “extraordinary” ones to feature here.

No matter what, “all of these women are just incredible and they are the real heroes. I keep on calling them my women of wonder because they are the true heroes,” the Wonder Woman star said, adding that while “I go to set and I get dressed and I get my costume and sword and everything, I fight, but to make believe. They actually are there on the ground, sweating and all they can to really make the world a better place.”

And it was starring in the groundbreaking superhero franchise that led her to this project. “I felt like I had such a big reach to people and just wanted to do something good,” Gadot explained. “I wanted to use my reach and my platforms to get to as many people and shed light on these amazing, incredible women’s stories.” 4 Mar 21
Want the most up-to-date celebrity exclusives sent straight to your inbox every day? Sign up…
TV & Movies
0