Kayce Dutton’s (played by Luke Grimes) future on Yellowstone hangs in the balance given the explosive final moments of season three. After being ambushed by mystery gunmen at his Montana Livestock Association office, Kayce, his father John (Kevin Costner) and sister Beth (Kelly Reilly) face a fight for their lives, with his family members also falling victim to murder attempts elsewhere. But with the trio such pivotal figures to the Paramount Network series, their survival is almost inevitable, but it hasn’t stopped theories emerging in the fandom that more heartbreak could lie in their futures.

In particular with Kayce, as his actions in the three seasons so far have left some parts of the fandom with a number of questions.

When introduced to the Paramount drama, Kayce and his father didn’t have the strongest of bonds, with the former having previously headed off to the Navy SEALs to escape his father’s clutches and life on the ranch.

Kayce had also established a family for himself with his wife Monica (Kelsey Asbille) and son Tate (Brecken Merrill).

However, in the time he spent away in the Navy SEALs, Kayce struggled for peace of mind, with the character continually haunted by a mission in Pakistan which resulted in the Dutton man killing a target and his family. 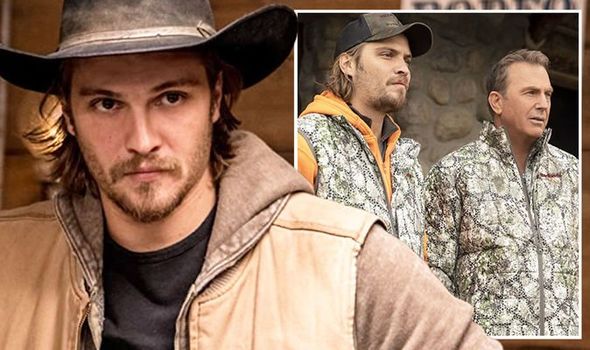 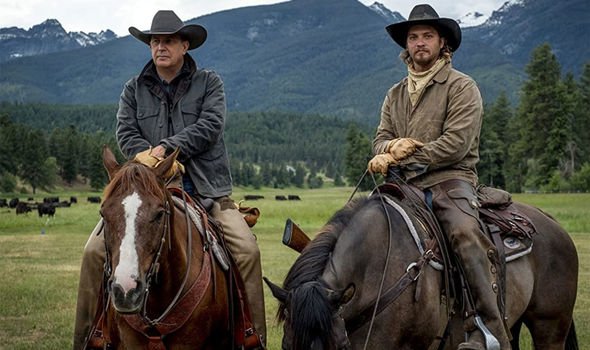 Since he returned home, Kayce has continued to try and get himself on the straight and narrow – a lot easier said than done given how things run on the Yellowstone Ranch.

Nevertheless, over the series so far, Kayce has reunited with his father and begun to repair their bond as well as mending the problems his marriage with Monica has faced.

His rekindled relationship with John led Kayce to not only work his way up from the bunkhouse to take over Rip’s (Cole Hauser) position as leader of the ranchers, but he also became a high flyer in Montana’s Livestock Agency.

However, Kayce’s rise through the ranks has left some fans questioning how he can still hold the honours of being a Navy SEAL. 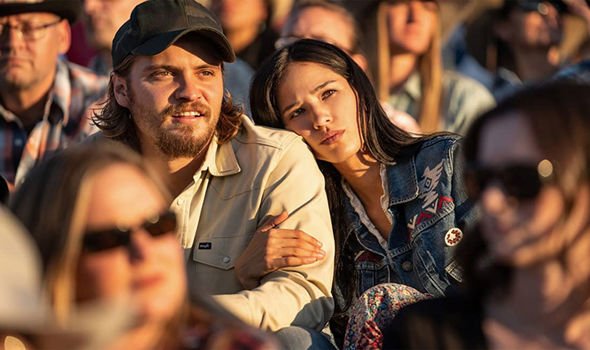 Taking to Reddit, Yellowstone fan BumbleeBumbleMe points out: “Kayce being a Navy Seal but breaking the Law? My understanding is when you join the army you swear an Oath of Enlistment.”

In this oath, military members are required to act to defend the Constitution of the United States, as well as acting lawfully and within its remits.

However, the fan goes on to explain: “Kayce breaks the Constitution left and right…He planted a bomb on a plane (terrorism), he used an accelerant to murder those men in the trailer (premeditated murder),

“He became Livestock Commissioner through nepotism (prohibited in federal government) (and) he’s planning on becoming The Governor in the same shady ways.”

The Redditor concludes by asking if this behaviour could result in Kayce being stripped of all his honours and medals if his crimes were exposed.

Or, given the population in Montana are all pretty aware of the illegal ways the Duttons run the ranch, could it be a plot hole in the story that Kayce has been able to retain his Navy SEAL status?

Either way, if Kayce does survive the shooting of the season three finale, it’s likely someone who could make such a decision could be alerted to his state and decide to do a deep dive into Kayce’s actions.

Before fans will discover the resolution to Kayce’s military background question marks, there’s the not-so-small matter as to who was behind the assassination attempts.

The most likely suspect in the frame is Roarke (Josh Holloway) and the team at Market Equities following the Duttons’ reluctance to sell them their land for a new airport and ski resort.

And then there’s Jamie Dutton (Wes Bentley) who’s still sour after discovering he was adopted and not a blood relative of the Dutton clan.

Plus, Jamie gave a rather sinister phone call to Rip in the closing moments of season three, adding to the speculation that he was the one who orchestrated the hits.

Fans will have to wait until Yellowstone season four premieres later this year to find out for sure.

This sort of makes Prince Harry and Meghan Markle’s accusations against the Royal Family look like small potatoes, huh? We...